‘I love competition’ – Barcelona striker explains his decision to stay 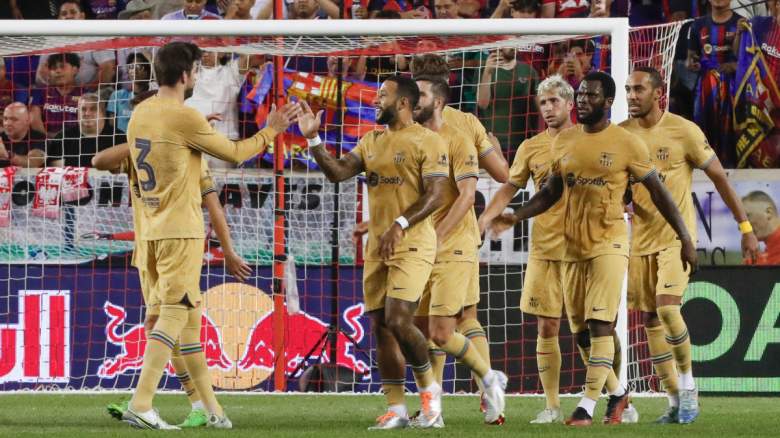 Barcelona striker Memphis Depay looked set to leave the club in the summer after just one season with the Catalan giants but stayed at the Camp Nou.

However, the striker is no longer guaranteed a place in Xavi’s starting XI as the manager is left with a plethora of attacking options after a summer of heavy spending.

Memphis is currently on international duty with the Netherlands national team and was asked by ESPN why he decided to stay at Barcelona, ​​as reported Fabrizio Romano.

“Other clubs came and then you just look at your options. I’ve decided to fight for my chance here,” he explained. “I was Barça’s top scorer with Aubameyang. I love competition and I don’t avoid it. I enjoy being at Barça.”

Memphis now has to compete for a place in Xavi’s team at FC Barcelona with the likes of Robert Lewandowski, Ansu Fati, Raphinha, Ousmane Dembele and Ferran Torres.

The Dutchman has made three appearances so far in 2022-23, scoring once and has admitted he is frustrated with his reduced minutes with the club this season.

Memphis meets new teammate Lewandowski when his Dutch side meet Poland in the Nations League on Thursday, September 22. The Dutchman spoke about the game and was reminded that Poland have quite a handy striker.

“Haha, sure,” he smiled. “I’m looking forward to it. But I think we have some pretty decent defenders too.”

Lewandowski was able to get off to a flying start at FC Barcelona after moving from FC Bayern Munich. The forward already has 11 goals for the Catalan giants. Memphis was teamed with Pierre-Emerick Aubameyang on May 13 last season.

The forward has spoken about his adjustment at Barcelona and said the warm welcome he received from his new team-mates and from the fans helped him feel at home, as reported by Mundo Deportivo.

“I feel very comfortable at Barça, not only because of the club but also because of the atmosphere. My teammates, the squad… everyone treats me well. Everything makes me feel privileged at FC Barcelona,” he explained. “It’s like having new toys in my hands and playing with them. From the first days in Barcelona I felt like I was in the right place at the right time. The fans? I didn’t expect that the Barça fans at the Camp Nou would start singing songs to me. It makes me feel like I’ve been at Barcelona for a long time.”

Lewandowski’s impressive start to life at Barcelona means Memphis may have to adjust to life on the bench. The Poland international is already one of the first names on Xavi’s squad list and Memphis appear to have cut his work if he is to play regularly at the Camp Nou this season.