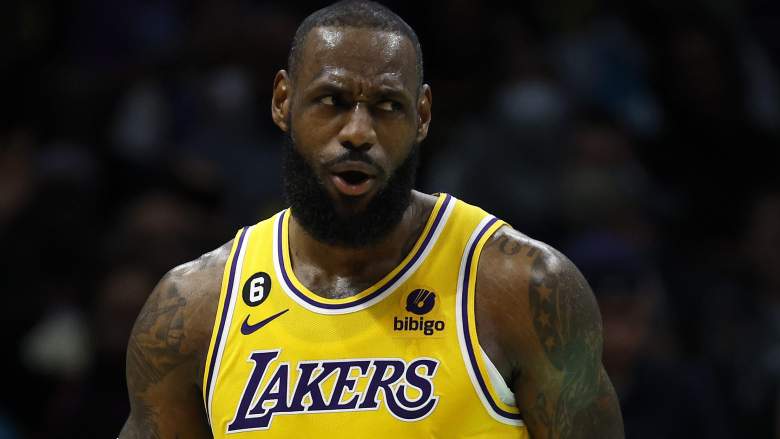 The Cleveland Cavaliers have a core of young talent that should make them contenders in the NBA for the foreseeable future. But would the team trade some of their youth and potential for a shot to win now by landing LeBron James?

The idea of ​​swapping out big man Evan Mobley for James was recently mooted on The Ultimate Cleveland Sports Show, and The Athletic senior NBA writer Joe Vardon thinks it’s a move that the Cavaliers should consider.

“I think I would,” said Vardon. “Having lived through the championship year and then into 2019, I covered the Raptors’ run through the Finals. I firmly believe that if you get a chance, take it. I’d rather win another one now and walk away from what Evan Mobley is giving you.”

As noted later in the segment, the idea of ​​such a move coming to fruition this season is unrealistic. The main reason is James can’t be traded until the offseason because he signed his extension with the Lakers.

Other players who meet the criteria include the Denver Nuggets’ Nikola Jokić, the Phoenix Suns’ Devin Booker and the Minnesota Timberwolves’ Karl-Anthony Towns.

While this year is out of the question, if they miss their goals this year, it could be something the Cavs will at least entertain in the offseason.

For James, his future could be in flux if the Lakers don’t turn things around in a big way. They’ve started to play better lately but are still No. 13 in the Western Conference and Anthony Davis’ future is uncertain as he struggles with a serious foot injury.

The return to Cleveland wouldn’t be from left field for James, who has spent two separate stints with the Cavs. Drafted No. 1 overall by the Cavaliers in 2003, he established himself as a superstar and led the Cavs deep into the postseason on several occasions. After some stint with the Miami Heat, James returned and led the way as Cleveland won the title in 2016.

During last year’s All-Star Game, James opened up about a possible return to Cleveland.

“The door isn’t closed on that,” James told The Athletic. “I’m not saying I’ll come back and play, I don’t know. I don’t know what my future holds. I don’t even know when I’ll be free.”

Drafting the No. 3 overall in 2021, the Cavs saw some significant advantages for the long big man. Mobley is averaging 14.4 points, 8.8 rebounds and 1.3 blocks in 41 games this season — exactly what he did as a rookie. He logs 33.8 minutes and scores 10.5 field goals per game.

While he has yet to develop into an offensive force, the Cavs appreciate his two-way efforts and dedication to the win.

“What we’re trying to do – and we’ll see how it goes here – is that it’s not about that much individual development; It’s about how much influence you can have on winning?” Bickerstaff told The Athletic. “And we’ve spent a lot of time working on skills and all that stuff, don’t get me wrong. When Evan is on the floor, how does it affect winning? And he’s a natural winner.”

The Cavs were embroiled in various trade rumors before the Feb. 9 deadline, but the majority of the proposed deals would see Cleveland part ways with Caris LeVert. When it’s not a certified Superstar’s turn, it would be common sense to think that Mobley is untouchable.