Highly-anticipated questionable fight after the champion made his claim 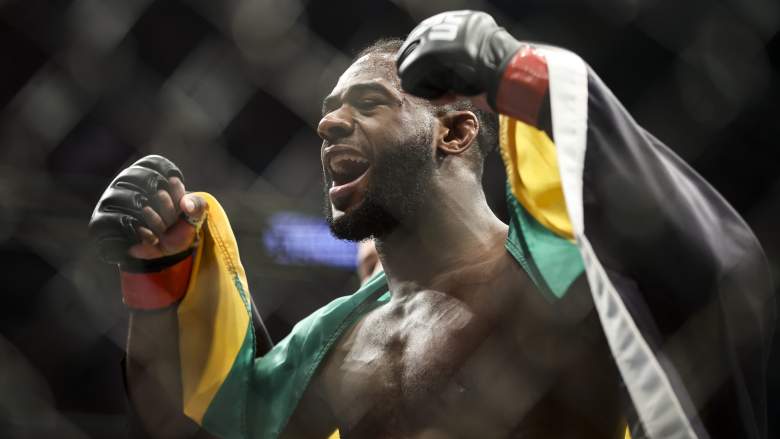 Reigning UFC Bantamweight Champion Aljamain Sterling is looking to defend his belt against TJ Dillashaw, but first he wants the promotion to pay off.

On June 15, MMA Junkie reported that the UFC was sending out contracts to fighters to compete at UFC 279 on September 10. But during a recent YouTube video, Sterling said he still has something to put on paper as he wants to make more than the $400,000 he made in his last fight.

“There’s no fight until there’s ink on the paper and right now my contract is exactly the same,” Sterling said of MMA Junkie.

The “Funk Master” successfully defended his 135-pound strap for the first time when he faced Petr Yan at UFC 273 in April. And Sterling believes the way he handled leading up to the fight and the actual scrap was enough to warrant a raise.

“Usually when it’s not a title fight, when you win a fight there’s an escalator,” Sterling said. “There was no escalator in this fight. I would like to think that I played my part, did the right things and even allowed myself to be the villain on the last outing with Petr Yan and help set the storyline.

“So you’d think that being a company guy would actually help you in the long run. So I did my job. At the moment I’m training and I’m hoping that we can come to some kind of agreement to give some kind of raise – which of course is in all contracts.

The Funk Master is determined to find a “balance” between a “corporate man” and someone who cares about their own best interests.

“For me, I want to make sure we get the deal right before we just jump into another fight,” Sterling said. “Because at the end of the day, I’ve risen through the ranks, worked my ass off and played my position in terms of promoting fights, which a lot of these guys don’t even do. I’m here to be a company person and at the same time I want to look out for my best interests. There is a fine line where there is a balance where it can happen that both get done.”

The Funk Master has a professional mixed martial arts record of 21-3, with two wins by KO/TKO and eight by submission. Since losing to Marlon Moraes in 2017, Sterling has won seven straight fights, including two wins over Yan and a nifty rear-naked choke on Cory Sandhagen.

Sterling won the 135-pound championship in March 2021 at UFC 259 after Yan landed an illegal knee to his head. Although he lost the fight, Sterling was awarded the belt by disqualification.

Heading into the second contest with Yan, many had predicted that Yan would get his way with Sterling. The Funk Master jumped at the chance, however, and used his grappling to secure a split decision win.