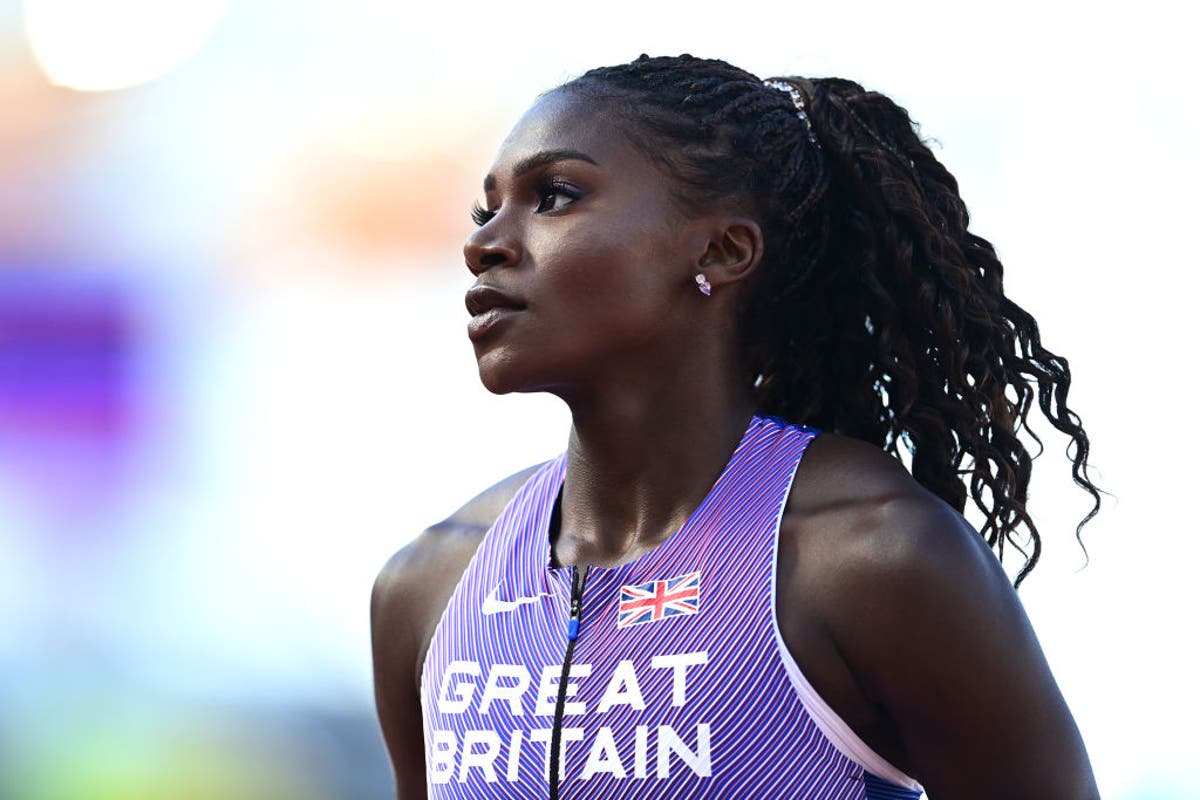 Dina Asher-Smith suffered heartbreak at the World Athletics Championships – despite equaling her British 100m record – as Jamaica cleaned up in Eugene.

The 26-year-old clocked 10.83 seconds – level with her record from Doha in 2019 – but could only finish fourth behind Shelly-Ann Fraser-Pryce, Shericka Jackson and Elaine Thompson-Herah as Jamaica went 1-2 at Hayward 3 sealed field on Sunday evening.

Asher-Smith had hinted ahead of the championship that she was holding something back for Eugene and delivered in a record time, but fell just short of the podium.

“This performance is phenomenal for me and I’ve had fantastic championships,” she said. “I really couldn’t fault it but I’m so disappointed it didn’t get me on the podium. i was so close But these are just champions. I am angry.

“It has been an interesting season for me so far. I’ve been in physical shape for a while, but I’ve had some things in life that I’ll probably talk more about after the 200m.

“I had to make sure my thoughts were actually on the race and not on my family or here. I’m glad I was able to pull off the performances I know I’m capable of.

“We’re aiming to move faster into the Commonwealths and Europe throughout the summer. But I definitely came here with the eye to get on the podium.”

She was unable to repeat the 100m silver medal she won at the last World Championships three years ago.

Fraser-Pryce was dominant in her semifinals, finishing after about 50m to win her run, with five-time Olympic gold medalist Thompson-Herah and Jackson victorious in their races.

It was a statement of intent, and with Asher-Smith qualifying fourth fastest, she faced an uphill battle, being beaten to third in the closing yards by Thompson-Herah.

Fraser-Pryce justified her favorite day by claiming her fifth world 100-meter title in a championship record of 10.67 seconds and defending her 2019 crown.

Asher-Smith added, “I knew I was in shape because we had biomech and numbers. I was in better shape than when I ran all season.

“I know it must have sounded crazy at times when I said I was in good shape and then the races turned up with something different.

“But it’s psychological. It’s one of those things where you really have to be in the space and emotionally in the space.

“I couldn’t do that for most of the season. I didn’t have it in me. This is just life stuff. I’m glad I got it on time, but I’m disappointed.”

Daryll Neita previously missed a place in the finals by 0.01 after running 10.97 seconds in her semifinal run.

Asher-Smith now turns her attention to defending her 200-meter title, which begins Monday night in Eugene.

“I’m looking forward to it. When you’re in PB form the world is really open to you because you still don’t know what you’re capable of. I’m going to take that energy to the 200m,” she added.

“I’m going to speak to my coach and see if that’s the emotional space he wants me to be in. It’s a team decision.”