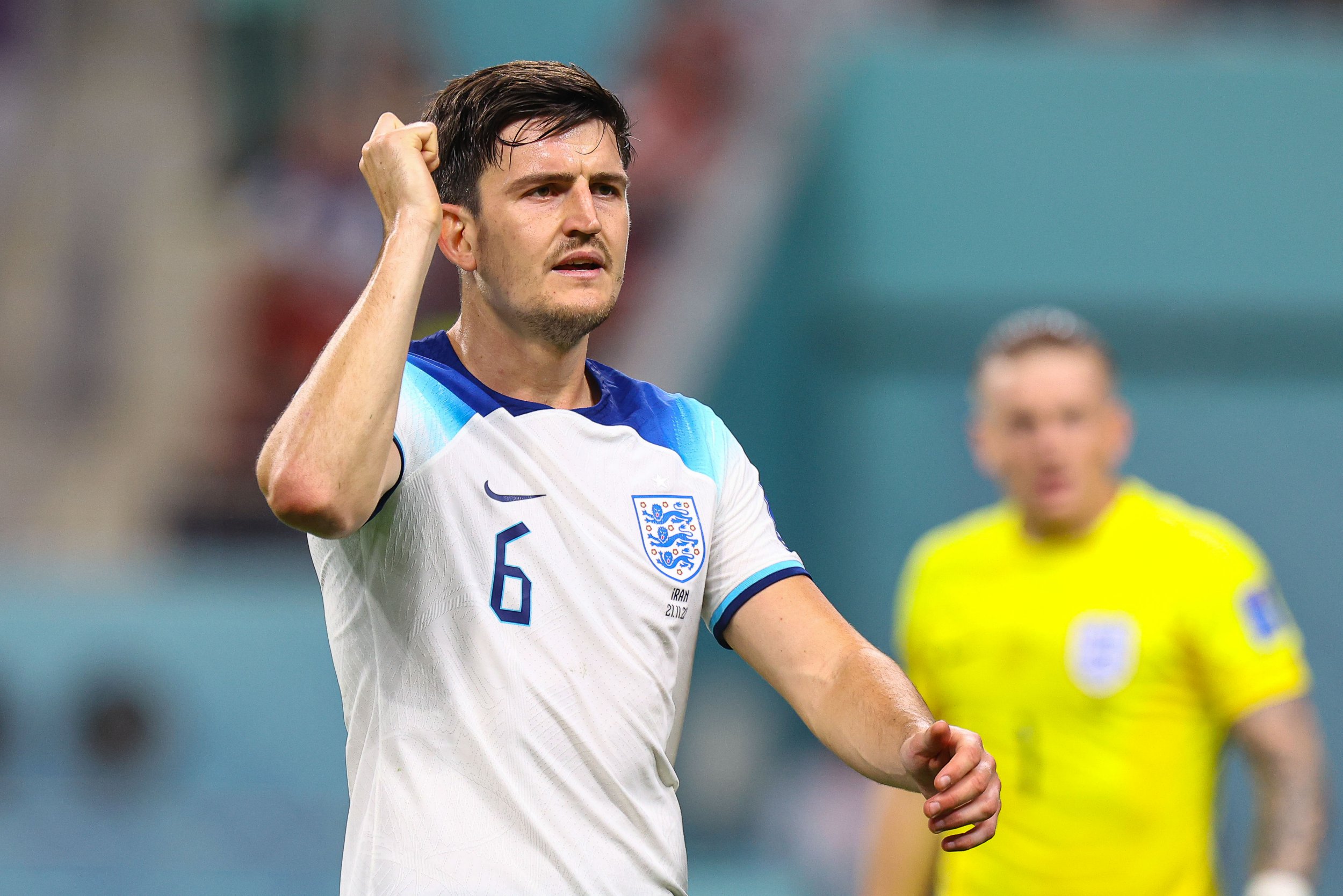 DOHA – What a response from Harry Maguire to all his critics, what an achievement when he has had so little playing time at Manchester United this season, what an opportunity to produce a game of exquisite calm, confidence and composure.

In a game of sparkling positives for England – a game that presented opponents in Iran who were expected to be tough to break but ripped apart Gareth Southgate’s side bit by bit – Maguire’s resilience was so encouraging to see .

Some of the others: Teenager Jude Bellingham made a brilliant and prolific start to his first World Cup. Bukayo Saka, an extraordinarily tough call for Southgate to start ahead of Phil Foden, who scored twice with the sweetest of shots. Many have demanded that Raheem Sterling be sacrificed after club form doesn’t matter and show up when it counts for England – time and time again.

But there was Maguire, a player Southgate was dying to stand by but so many wanted him dropped, booed on many occasions by his own fans at Wembley, standing stoically upright behind them all and setting an example for everyone.

First of all, the Iranians couldn’t cope with his physicality in the penalty area after set pieces. From the first minutes it was clear how they were going to deal with England’s most physical presence when he was wrestled to the ground by Rouzbeh Cheshmi and somehow neither the referee nor VAR awarded a penalty.

The referee warned the Iranians to be careful and from the next corner by Kieran Trippier, Maguire’s delicious header had flown so well that Jordan Pickford had started celebrating before it hit the bar.

It was Maguire’s direct pass to Raheem Sterling on the edge of Iran’s box that lit the fuse for England’s first goal. The ball quickly worked its way to Luke Shaw, who selected Bellingham with the cross for the 19-year-old to score England’s first goal of the Qatar World Cup. Not a bad reason for his premiere in international football.

Before kick-off, Bellingham was asked about his World Cup memories in a pre-taped interview with the BBC and kind of flinched. He mentioned 2010, when England lost to Germany after that ‘goal’ by Frank Lampard in the knockout stages. He recalled 2014 when they were eliminated without a win. Then his eyes lit up as he mentioned 2018, when Southgate’s England made fans fall in love with the national team all over again.

If that relationship was strained by recent overwhelming form, it was reignited at the Khalifa International Stadium. Bellingham’s first aim of softening a close and ambiguous game and the inevitable tension that comes with England in a major tournament.

Then, eight minutes later, Saka’s second. Maguire had just before cut out a dangerous Iran break but was back at the other end causing chaos. This time he nestled down a corner and Saka, who had to wait for the ball to get into position, flicked it into the corner. What a goal for a player who only recently turned 21. And he wasn’t done yet, adding his second goal with a confident dribble into the box and a precision low finish in the second half. Southgate got the big call right again.

On the third go, Bellingham showed his relentless tenacity by keeping the ball going, driving forward with the ball, pushing back Iranian defenders and finding Harry Kane, who didn’t even have to look up before delivering the cross that Sterling passed goalkeeper Hossein Hosseini poked past with the outside of his boot.

And it didn’t stop after half the outfield players were swapped out for substitutes. Marcus Rashford scored with just his third touch and Jack Grealish completed a breakaway, making it an elusive six for a team so often called too boring.

Still, they could hardly have looked any different from the England of recent months. This wonderful mix of young and old, of new tournament enthusiasm and veterans of several, of fun and games.

Things could easily have turned out differently: had England failed to defeat Iran, frustration would have set in, Iran would have scored a winning goal and all around the England side would have been in doom and gloom for the rest of the week.

Iran had made it a chaotic game in the first half hour. Maguire was hounded and shoved, Saka felt the crunch of hard tackles and was dragged down, Mount was unnecessarily tripped.

Of course it wasn’t perfect. A momentary lapse in concentration as Southgate set up five substitutes was punished by Iran’s Mehdi Taremi, who fired past Pickford, and his late penalty took some of the shine away.

Maguire was eventually forced off with a head injury, more of a precaution than anything. As he left the pitch he looked dazed and confused – as all his harshest critics must be feeling right now.