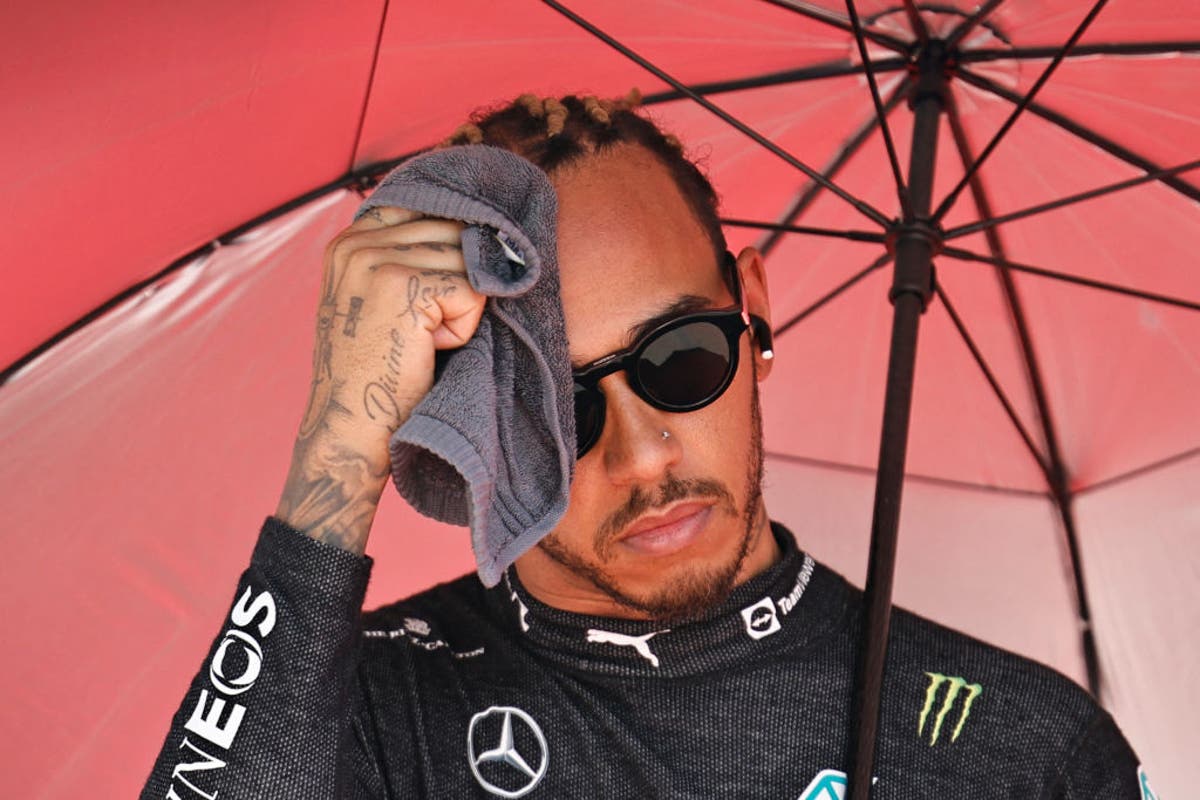 Lewis Hamilton has confirmed he will compete in this weekend’s Canadian Grand Prix despite experiencing back pain from excessive ‘hopping’ at Sunday’s Azerbaijan Grand Prix.

Hamilton described the Baku race as “the most painful thing I’ve ever experienced” after the 37-year-old had to “pray” for the finish line due to the “porpoise” on the long and bumpy straights.

The Mercedes driver finished fourth but looked uncomfortable getting out of his car and expressed concerns he could be forced to miss this weekend’s Canadian Grand Prix in a tackle.

But in an update on Monday, Hamilton said he woke up feeling “positive” after being treated by his physiotherapist Angela Cullen and said he would not miss the Montreal race.

“Yesterday was tough and I had some trouble sleeping, but woke up today feeling positive,” Hamilton said on Instagram. “The back is a bit sore and bruised but luckily nothing serious. I had acupuncture and physio with Ang and am on my way to my team to work on improvement with them.

“We have to keep fighting. There is no time like the present to pull together, and we will. I’ll be there this weekend, I wouldn’t miss it for anything in the world.”

In a previous post on social media on Sunday night, Hamilton said: “When I saw online a lot of people were worried about me how awful it looked out there. I’ll be honest it looks awful and feels 100 times worse.

“Definitely some rest and hard work with the team ahead of Montreal to clear that hurdle. But I already feel better and have motivated myself to continue.”

Hamilton’s Mercedes boss Toto Wolff made the alarming admission about his superstar driver shortly after Sunday’s competition on the streets of Baku, which was won by Red Bull’s Max Verstappen.

“Yes, definitely,” said Wolff when asked if there was a risk that Hamilton, 37, would not be able to compete in Montreal. “He’s really bad. You can see this is no longer muscular. It goes right into the spine and it can have some consequences.

“The solution could be to have someone in reserve, which we have at every race anyway.”