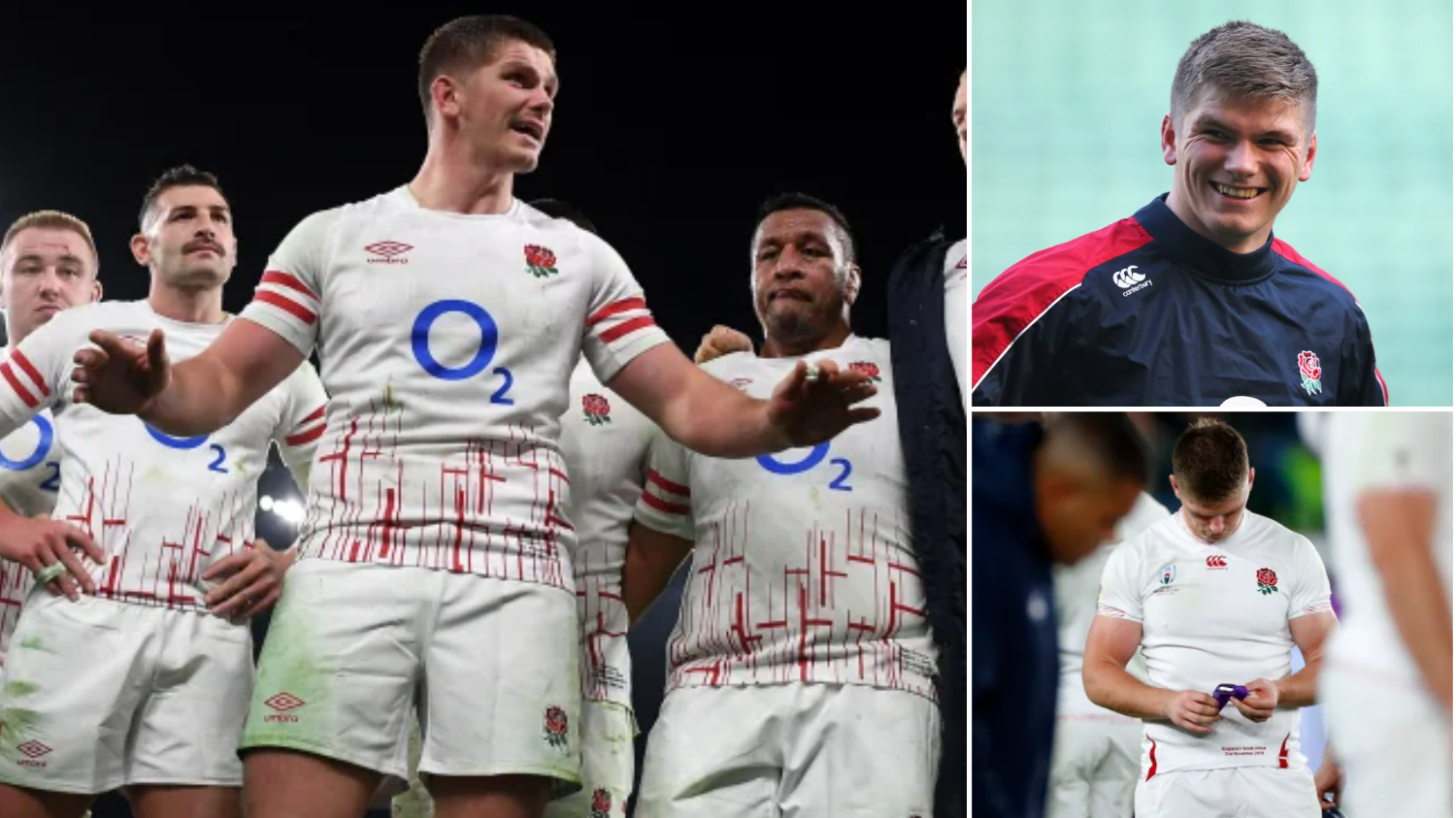 While Farrell is set to hit his ton as England captain against New Zealand this weekend, Hugh Godwin examines how a rugby league wannabe achieves a Union milestone

American comedian Jerry Seinfeld has a great routine of “involuntary luge” — a guy being dragged off the street, made to wear the shiny suit, and thrown screaming off the ice.

“Aaaaaaaaaah!” Says Seinfield in mock commentary of the high-speed slide. “World record. Didn’t want to do it at all.”

It would be an exaggeration to say the same of Owen Farrell, who earned his 100th cap for his country on Saturday, as an England rugby union captain who didn’t even want it, but there’s also some validity.

Consider this statement last month from Sam Tomkins, a huge star of Wigan and English rugby league: “If you had the best rugby league heads in the world and you could find one player, it would be Owen Farrell without a doubt.

“He’s tough, he’s resilient, he’s very smart, he reads the game very well. He can kick, he can pass; If you hit him, he will smash you. He’s the best rugby league player in the last 10 years and he’s never played a game.”

Farrell was a kid in Wigan with dreams of playing rugby league for his powerful hometown club when his father Andy, another champion of 13v13, signed for Saracens in 2005 and moved to London.

For Owen, transplanted south to St George’s School in Harpenden and Saracens Academy and England Under-16s, it was suddenly just Home Counties accents (with a bit of South Africa) and stiff upper lips. At the weekends he fled back to Wigan to continue pursuing his favorite sport.

But since his debut for the Saracens first-team aged 17, the chip has been taken from the old block to a new path – and what a success he has made of it, becoming the third man player after Jason Leonard and Ben Youngs to break the Ton scored for England.

So what do we and don’t know about Owen Farrell? His father was 16 when the jumping little boy arrived and Owen grew up watching his father win multiple UK caps as captain and Super League titles. “Big Faz” rejuvenated as a player in Union, but teammates remained in awe of his leadership. He is currently nominated for World Rugby Coach of the Year for his work with Ireland.

Owen, whose 6ft 2in frame never quite fit the nickname “Little Faz,” grew up in the public eye, but no one in the media could say they knew him well. Management distance learning here, admiration for Michael Jordan there – he didn’t miss much.

This reporter has witnessed around 90 of the 99 caps and all European Cup and Premier League victories first-hand, and has interviewed him in person a number of times – in December 2016 he confided he wanted to be England captain but didn’t want it aired openly for seeing Tom Wood flogged for a similar admission.

In 15 years of countless games and training sessions, we’ve all seen and heard Farrell’s tense chin and erect posture and shouts of “Hit him!” requires full commitment. His catchphrase, if you can describe it that way, is “I just want to get better”.

Farrell’s masterful goal-scoring has amassed 1,148 Test points, the third-highest in history behind Dan Carter and Jonny Wilkinson. The British & Irish Lions have taken him on three tours with six Test appearances and players from Scotland, Ireland and Wales speak in surprise at what a great guy he has become.

Teammates usually appreciate his off-ball efforts, as in a kick chase they’ll sprint first, first off the line, and not wait for the game to get to him.

“He’s one of football’s greats but sometimes I don’t think he gets the recognition he deserves,” England head coach Eddie Jones said last month. “He’s won every trophy in the world apart from the Rugby World Cup and he’s got a silver medal in that area, which isn’t bad. When you’re a tough, brave player like Owen, it’s harder to be liked.”

And it’s true that Farrell took the lashes of criticism for his scowls at umpires and occasional high tackles. His only World Cup final in November 2019 went badly. He’d worked through a few semifinals with a dead leg.

At the showpiece in Yokohama, his South African counterpart as captain Siya Kolisi said Farrell appeared unprepared for the pre-game coin toss. In the match, he threw a hopeless hand when Cheslin Kolbe ran in one of South Africa’s two attempts to lift the trophy. Three days later, back in London, the Saracen salary cap was announced. It was never clear how much their players in Japan had gambling on their minds.

As captain of his club and famous rugby figure, Farrell attended the opening of a sports hall at Saracens High School in north-west London last month. Prompted to say a few words, he did just that – just a smile and a “thank you” and a “good luck” where some might have plucked a funny story from their school days or cracked a joke about the headmaster.

Then he joined the kids on the basketball court and shot a few hoops. Andy Farrell said of Owens 100, for which he will receive an England gold cap this week: “We are – as parents, as a family – very proud of what he has achieved. But other than that, I see he has his press ready early in the week so he can get back to work.

In recent months, however, there has been a detectable drop in Farrell’s vigilance – comments on how he frees his game, play what’s on and not think too much. The now 31-year-old may have seen the need to go with the rugby times, aware that even Jones as his biggest fan is struggling to shape England’s midfield with another option in the tyro-fly half Marcus Smith and Courtney Lawes an alternative skipper to the man who will lead England for the 36th time on Saturday.

There are strong signs Farrell will become a coach after playing. At Saracens games, he looks after his three-year-old son Tommy in the stands. He is also tacitly committed to the International Players’ Association asserting its rights in the crowded season.

With Farrell keen to make it to a third World Cup next year, the words of Ellis Genge, one of his two England vice-captains, on Thursday were fascinating.

“I learned a lot from him,” said Genge. “A lot of good, a lot of bad [in] how to deal with situations, how not to deal with them, and he’s still learning.

“He probably took a leaf out of my book on when to push people’s buttons and when not to – but that’s leadership, constantly adapting to the people around you. In terms of leadership on the pitch, he’s probably the best I’ve ever played with.”