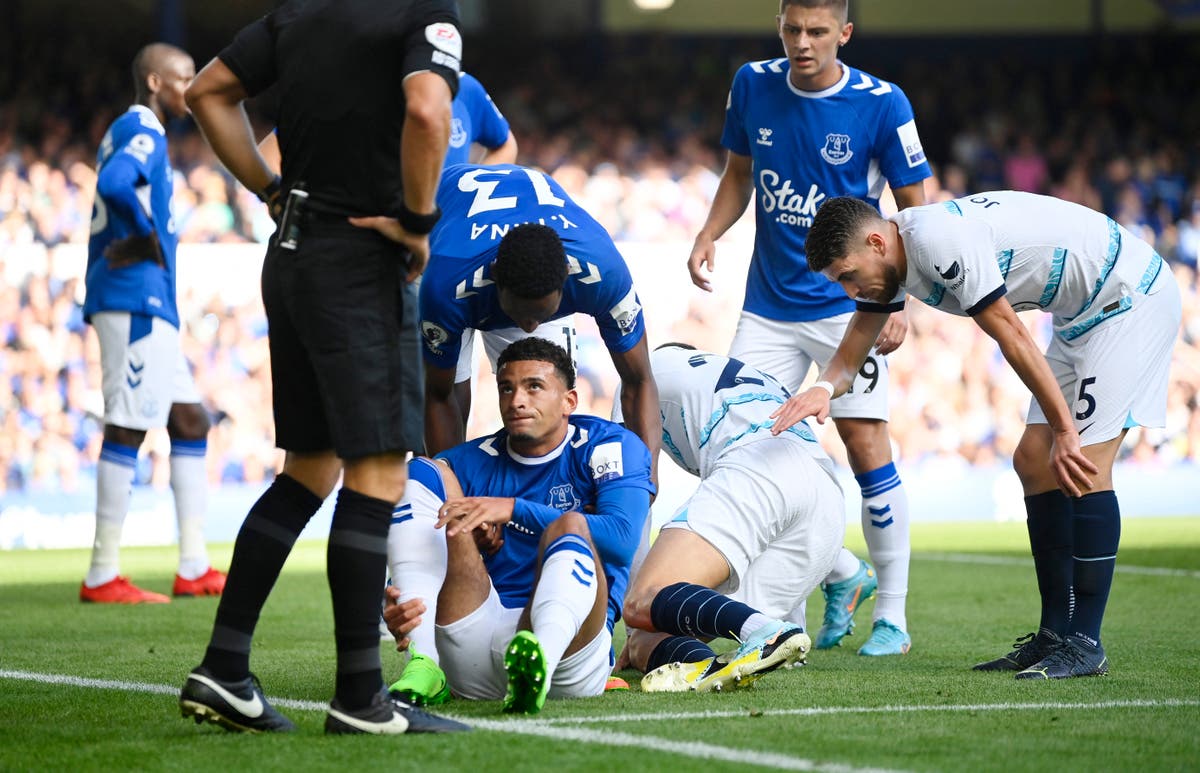 Ben Godfrey is expected to be out for several months after breaking his leg after 10 minutes of the season in Everton’s 1-0 defeat by Chelsea.

Everton also lost fellow centre-back Yerry Mina to an ankle injury on a destructive opening day at Goodison Park when Godfrey was taken off the stretcher and taken to hospital after being injured in a tackle with Kai Havertz.

“It’s a small fracture of his fibula. It will certainly take months rather than weeks, but I don’t know how long,” said manager Frank Lampard. “We’re thinking two or three months, but that’s a really quick estimate. As for Yerry, I have no idea. We evaluate that.”

Everton are interested in Wolves captain Conor Coady, although Lampard is waiting to see if defensive injuries will force him back onto the transfer market.

But he is on the verge of strengthening his squad as Lille midfielder Amadou Onana, who has been receiving medical treatment at Goodison Park, was in the directors’ box when he is expected to complete a £33million move.

“We’re almost there,” said Lampard. “He’s a fantastically talented young player with great qualities. We’ve been following him for a long time and I think he’s going to be a really good player.”

Lampard felt Everton deserved a point despite losing to his former club on a penalty Abdoulaye Doucoure conceded and Jorginho converted.

“I don’t think we deserved to lose,” said Lampard. “In terms of boxing and odds, I thought a draw would have been a fair result. I liked the performance. Another day you don’t lose the game.”