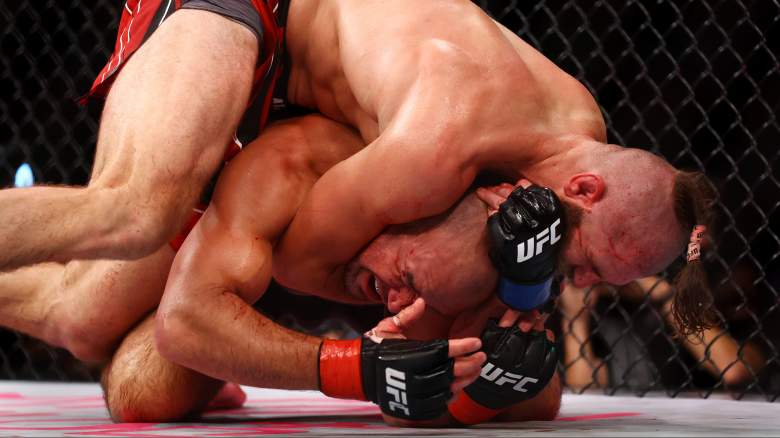 42-year-old fighter Glover Teixeira lost his light heavyweight belt at UFC 275, but he assured fans he did his “best”.

Teixeira entered the Octagon in Singapore this weekend for his first-ever title defense. He drew the wild and unorthodox Jiri Prochazka riding on the swing of two back-to-back finishes by former UFC title challengers.

Many believed that the fight would not go more than three rounds, let alone five. But it did. In one of the most electrifying 205-pound UFC title slopes of all time, Teixeira and Prochazka bludgeoned each other for almost every five frames.

But after more than 20 minutes of swing change, Prochazka pulled in a rear-naked choke, knocking the Brazilian off the clock with 28 seconds left.

Teixeira appeared on course for victory in the fifth round after rocking Prochazka multiple times, and as according to the official scorecardthe Brazilian would probably have retained his title if Prochazka hadn’t submitted under 30 seconds.

Teixeira shared a video on Instagram addressing his fans about the fight. In Portuguese, Teixeira confirmed that he was not going anywhere.

“We got hit a little bit there, but I did my best in that fight,” said Teixeira, as transcribed by MMA Fighting. “But the hand came on my neck, I was very tired and I don’t think I believed it [in the submission]. I should have turned around but it’s too late to cry over spilled milk now. Live with the sword, die with the sword.

“I did my best and it wasn’t enough, but let’s move on to the next race. Thank you to everyone rooting for me for the support. I’m fine, just a few cuts, but let’s go.”

Teixeira also took to Twitter to demand an immediate rematch with “Denisa”.

Along with the loss of his light heavyweight title, Teixeira’s professional mixed martial arts record fell to 33-8, ending his six-fight win streak. On the other hand, Prochazka’s record improved to 29-3-1. He is now 3-0 in the Octagon and has won 13 straight competitions.

5th-ranked light heavyweight Anthony Smith said during the ESPN + UFC 275 post-event show that the winner of his fight with 4th-ranked Magomed Ankalaev should get the title fight.

“I don’t want to blow my own horn, but Dana White has already come out and said Magomed Ankalaev is a #1 fight against me,” Smith said of MMA Junkie. “The winner gets a title shot. Dana is the boss. I think Ankalaev and I both thought that was likely to happen. Jan [Blachowicz] and [Aleksandar] Rakic ​​just fought. Rakic ​​​​was injured. Jan probably lost that fight up to this injury. Basically both lost. That’s just me and Ankalaev. We’ve both been at the head of the division for a long time. I think that’s next.”

Smith and Ankalaev are scheduled to fight at UFC 277 on July 30.