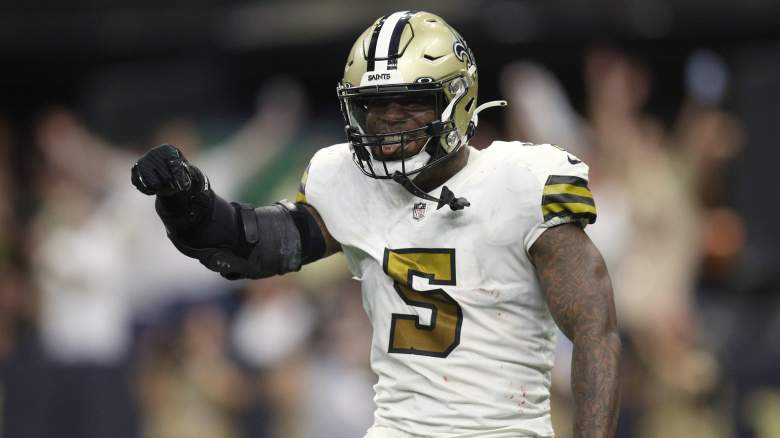 Aside from Blake Martinez, the New York Giants have not invested in the inside linebacker position.

According to Alexander, he spoke with the Giants and the New Orleans Saints before landing a one-year, $1.12 million deal with city rivals the New York Jets.

Jets head coach Robert Saleh spoke enthusiastically about Alexander, whom he coached while he was defensive coordinator for the San Francisco 49ers.

“Kwon Alexander is in great shape,” Saleh told reporters on Aug. 1. “He remembers what we did in San Francisco very well and is a fast learner. Very instinctive. He made a play in practice today and made sure the other side of the ball knew about it. Brought everyone to life. He’s ready to roll.”

Alexander was a 2017 Pro Bowl selection with the Tampa Bay Buccaneers. In 2019, Alexander signed a four-year deal worth over $54 million to join the 49ers. Unfortunately for Alexander, he suffered serious injuries while playing just 26 games between 2018 and 2020. He struggled with a cruciate ligament tear, a chest tear and a torn Achilles tendon.

The 27-year-old recently spent the 2021 season with the New Orleans Saints, where he started in 8 of 12 games in 2021. Last season, he had three-and-a-half sacks and seven quarterback hits with 50 total tackles.

Michael Nania from Jet’s X Factor tweeted out Analysis of Alexander. As of 2019, Alexander ranked seventh or better in yards per reception allowed in zone coverage among NFL linebackers. His best ranking in 2020 was fourth overall with an average of 7.2 yards.

It looks like Alexander will serve as a backup behind Quincy Williams, according to The Athletic’s Jets reporter Zack Rosenblatt.

With his injury history, a one-year deal was always on the cards for Alexander and he’s on track for a year of recovery with the Jets.

The Giants linebacker group has their concerns.

We already mentioned Martinez, who had a combined 449 tackles and 11 sacks over the last three seasons before his ACL injury in 2021. His return is under scrutiny as he enters the final year of his contract.

Tae Crowder produced in his second campaign with 130 tackles, six passes defended and two interceptions. He was a force in running defense and coverage, but he only had one quarterback hit last season.

The rest of the inside linebacker unit is made up of unknowns who likely won’t make an impact in 2022. Fifth-round rookies Micah McFadden and Darrian Beavers will have backup roles for the Giants.

It’s likely that Alexander would have been a plug-and-play associate for the Giants. With new defensive coordinator Don “Wink” Martindale bringing his talents to New York, the position of inside linebacker will be paramount. His defense has a knack for rushing the passer.

Martindale will look to field outside linebacker Azeez Ojulari, who accumulated eight sacks in his 2021 rookie season while adding 13 quarterback hits and 49 total tackles. Fifth overall selection, Kayvon Thibodeaux, must not be forgotten either. Elerson Smith, Jihad Ward, Oshane Ximines, Quincy Roche, Niko Lalos and rookie Tomon Fox are the team’s deep pieces as outside linebackers.

Nonetheless, Alexander’s statement to the media that the Giants are interested in his services is a sign that the team wants the support of experienced linebackers.

Martindale will look to field outside linebacker Azeez Ojulari, who accumulated eight sacks in his 2021 rookie season while adding 13 quarterback hits and 49 total tackles. Fifth overall selection, Kayvon Thibodeaux, must not be forgotten either. Elerson Smith, Jihad Ward, Oshane Ximines, Quincy Roche, Niko Lalos and rookie Tomon Fox are the team’s deep pieces as outside linebackers.