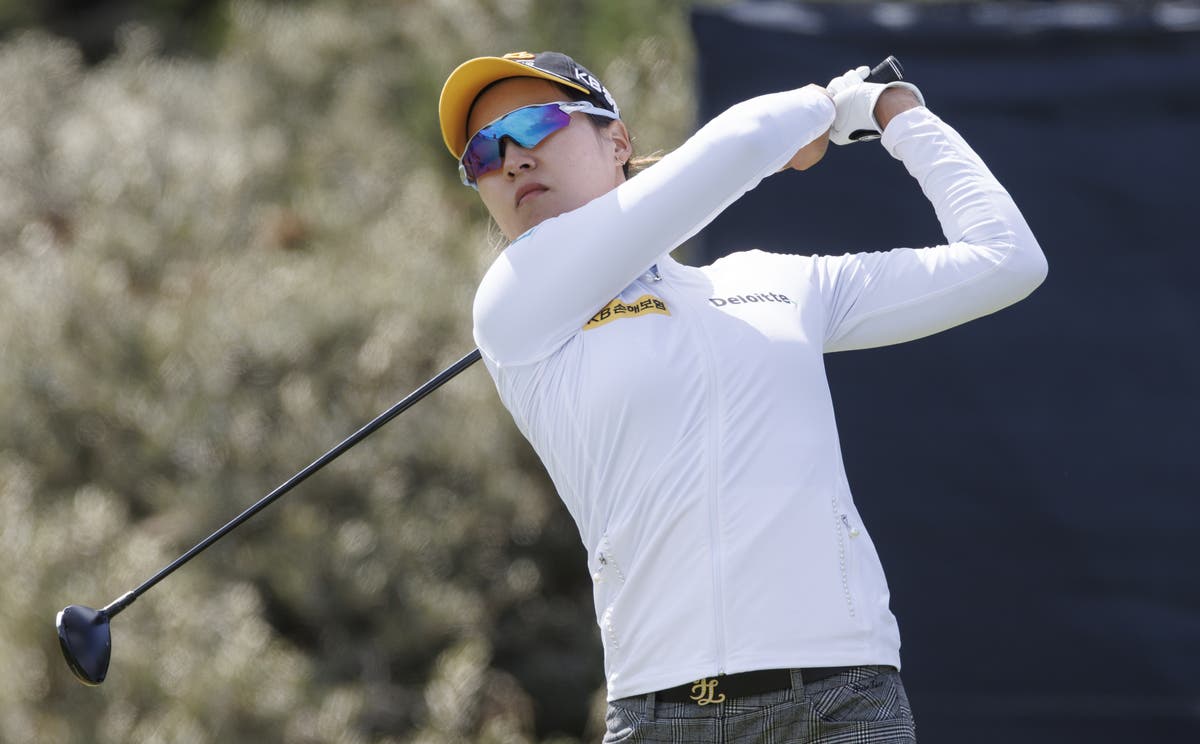 South Korea’s In Gee Chun has her sights set on a fourth Major title – and second of the season – after taking the half lead at the £6million AIG Women’s Open.

Chun, who won the women’s PGA championship at the Congressional in June despite consecutive weekend rounds of 75, carded six birdies and a single bogey in a second round of 66 at Muirfield.

That left the 27-year-old eight under par at the halfway point and a one-shot lead over South Africa’s Ashleigh Buhai and Sweden’s Madelene Sagstrom, while seven-time Major winner Inbee Park was a shot behind.

Sunday’s winner will claim £903,000 from the record prize fund, but Chun revealed she is also motivated by a slightly smaller sum of money on offer.

“Before the tournament started, my caddy Dean and I talked about the course and made a little bet,” explained Chun.

“If I have a round without a bogey, he buys me dinner and pays me $100 every day, so before each round it’s like setting a new goal.

“I think that mindset helped a lot in the course; I’ve had two bogeys in the last two days, but I want to keep trying to play a round without bogeys.”

Buhai looked on course to take the lead midway as she made an eagle and four birdies to race to the turn in 30, but after scoring another shot on the 11th the 33-year-old was able to didn’t make any more gains and just dropped her shot of the day on the last.

That meant Buhai matched the 65 posted earlier in the day by last year’s joint runner-up Sagstrom, while Hinako Shibuno, the overnight leader, followed her first 65 with a 73, four strokes off pace to fall below four.

Scotland’s Louise Duncan also carded a 73 and slipped to two-under alongside Ireland’s Leona Maguire, while England’s trio of Jodi Ewart Shadoff, Charley Hull and Mel Reid were a shot down.

Duncan turned professional just two weeks ago and after missing the cut at the Scottish Open she is now guaranteed her first paycheck which could welcome the 22-year-old’s wedding plans.

“If it’s a big, big paycheck, we can just go abroad and get it over with…in the nicest way possible before it comes across badly,” Duncan said, laughing.

Dame Laura Davies suffered an unlucky 42nd appearance at the event with an 81 that included a 10 on the 18th, although the 58-year-old later joked it could have been worse after being hit by her own ball than her tried to escape a bunker the last.

That used to result in a penalty until the rule was changed in 2019.