GC contenders line up for battle in the Pyrenees 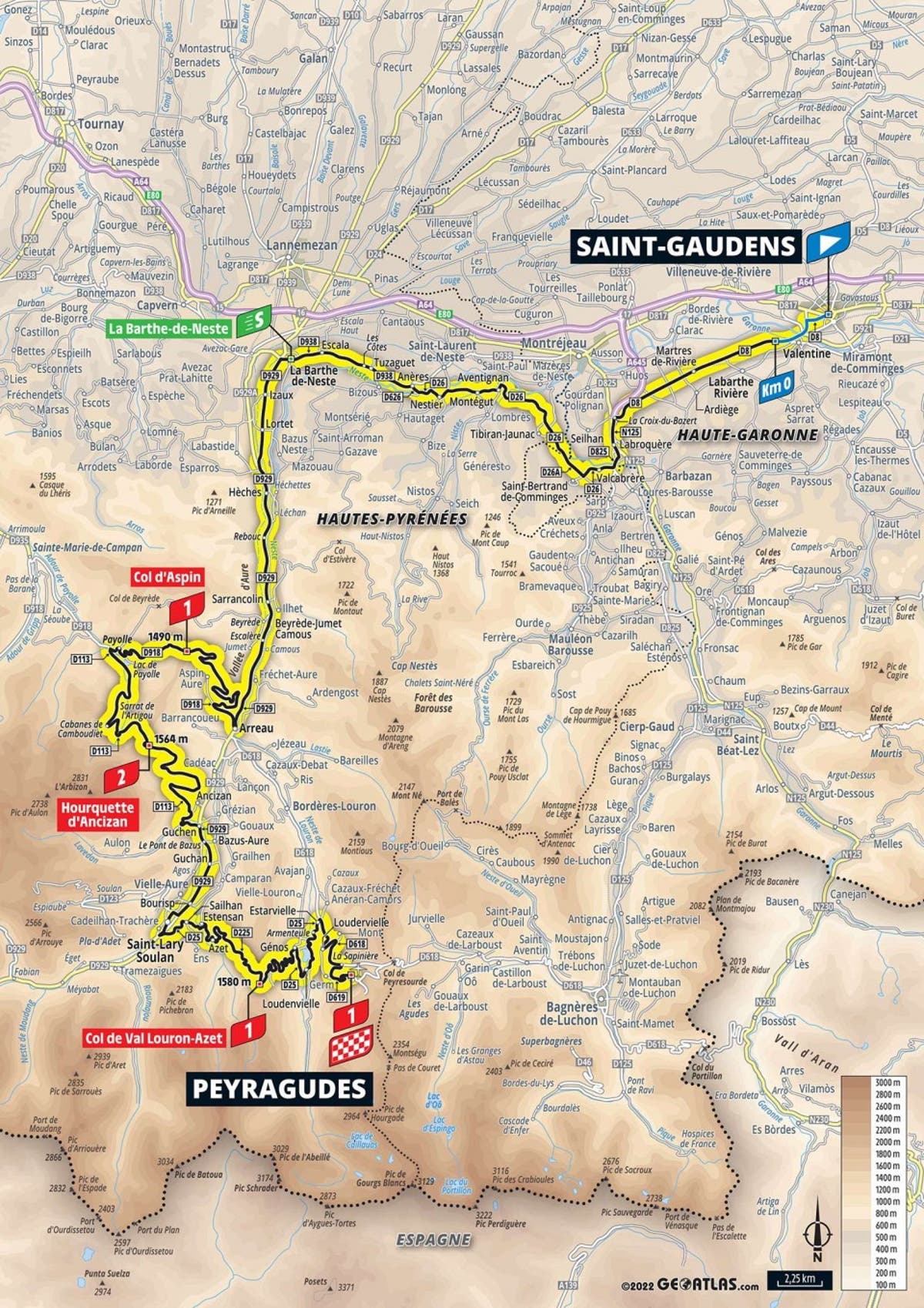 The Tour de France continues its run through the Pyrenees with a short but brutal 129.7km route over the mountains from Saint-Gaudens to Peyragudes.

The stage is expected to last under four hours and these shorter stages tend to encourage more attacks, particularly from the stronger climbers and general classification riders.

However, it looks like another busy day with yet another early break expected as teams and riders battle for top position, knowing their progress could be hampered by the later hills. There are four categorized climbs, with the second, Hourquette d’Ancizan, being the easiest 8.2km Category 2 climb.

The categorized climbs culminate in Peyragudes, who could potentially fight for those crucial yellow jersey seconds at the finish with Tadej Pogacar, Geraint Thomas and Jonas Vingegaard all capable of winning a challenging stage like this and making their mark in the Appreciation to make a name rankings.

The stage is scheduled to start around 12:30pm BST and is expected to finish around 4:00pm BST.