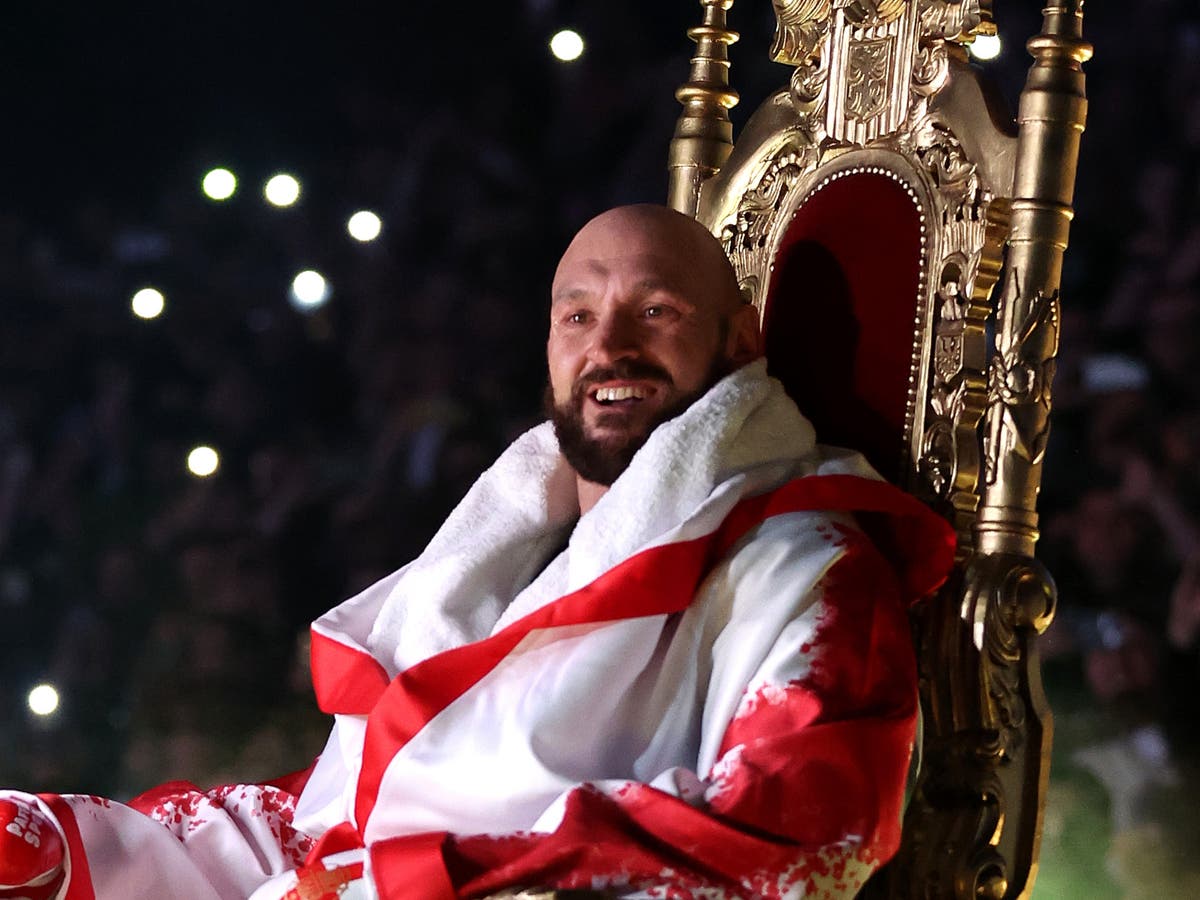 Tyson Fury has said he is “100 per cent” returning to the ring, adding that he is trying to make “something big, big, big” happen with his promoter Frank Warren.

Fury vowed before and after the fight that he would not compete professionally again, but the 33-year-old is yet to shed his belt, hinting in an interview with Warren on Tuesday that his retirement could be short-lived.

“We have very exciting news, I think the world has been waiting for a plan of action,” Fury said while receiving a haircut. “We had a long talk about a lot of things, and Frank, do you want to take it from here?”

Warren then said: “We looked at a couple of scenarios, I spoke to Tyson again today and we hopefully found something that Tyson wants to do. We’ve talked about different scenarios, maybe an exhibition fight – we don’t know, but something will come of it.

“It goes without saying that the public wants to see Tyson back in the ring where he is king. I want to see it. I understand where Tyson is and I understand what he said and people decide they retire and come back in a few years. I like it when guys fight when they’re in their prime and to me Tyson Fury isn’t in his prime [yet].

“I’m sure we’ll have some good news to announce fairly soon.”

When asked whether or not he would appear in a ring again, Fury said: “One hundred percent.

“Frank, show me the money! We’re gonna make something big, big, big happen. Hopefully I’ll be back in the ring soon.”

Fury downplayed the chances he would next face the winner of Anthony Joshua’s rematch with Oleksandr Usyk, but he didn’t rule out the possibility entirely and seemed more open to a clash with the undefeated Ukrainian than a clash with his compatriot.

Usyk pitched Joshua in September to take the WBA, WBO, IBF and IBO heavyweight titles from the Brit, and the pair are expected to face off again in August. A fight between the winner of that rematch and Fury would crown an undisputed heavyweight champion as long as the “Gypsy King” doesn’t vacate the WBC belt.

“There’s something to be really happy about, but it doesn’t affect Usyk or Joshua at the moment,” Fury said.

“I’m going to make a decision about all of this. I just fought, not even three months ago. I’m not expected to fight until October, November, December anyway.

“When this middleweight KOs this bodybuilder, there’s only going to be one man to fix this absolute circus, right? I’m a prizefighter and I fight for prizes, but it gets expensive if you want me to take a mission with this middleweight and show you what a real heavyweight does to him.

“It will be expensive, you have to dig deep into your pocket and then we can even talk. Until [Joshua and Usyk fight again]I’m staying in Morecambe and training like a madman.”