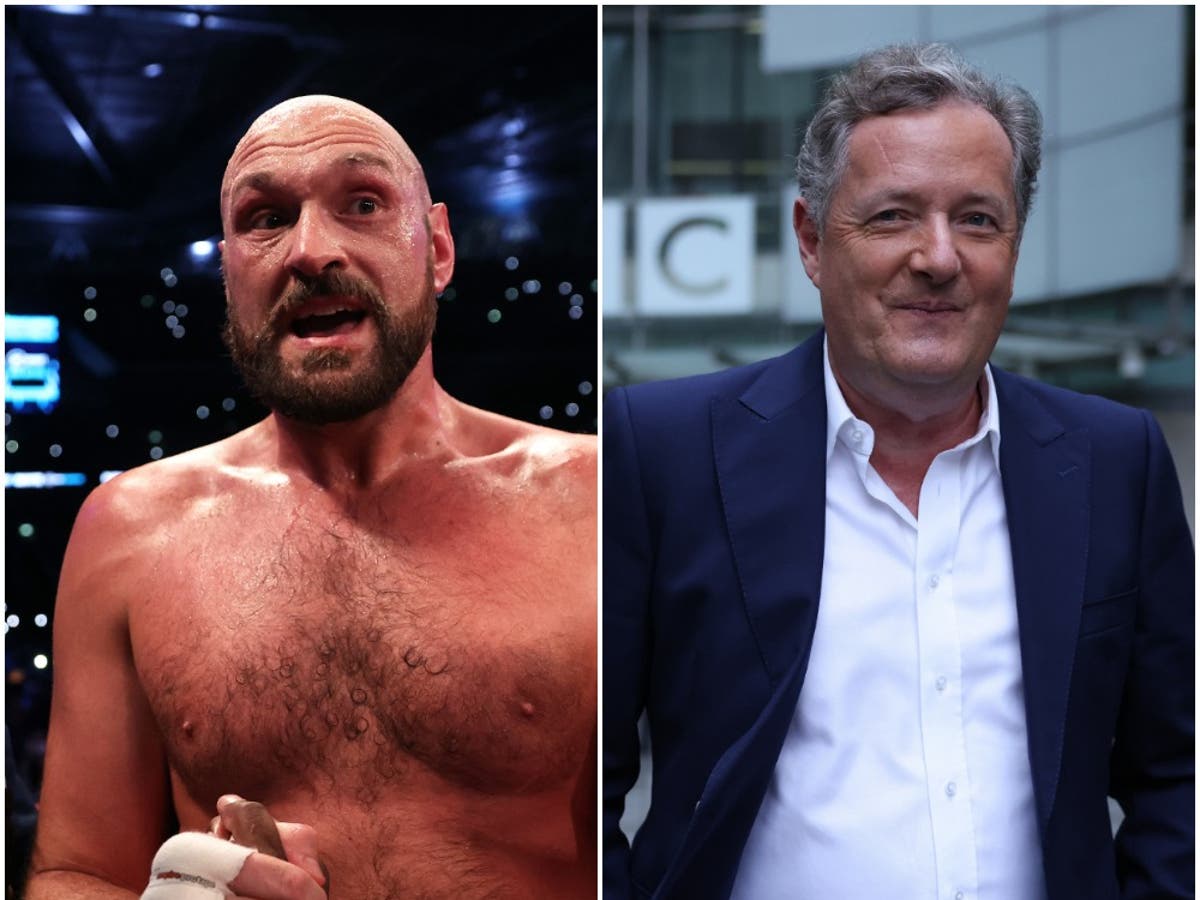 Tyson Fury has announced he will give Piers Morgan £1million if the heavyweight fights professionally again.

Before and after his KO of Dillian Whyte in April, Fury vowed the contest would be his last, despite the ‘Gypsy King’ opening the door to exhibition bouts.

Fury has also downplayed the chances he will fight the winner of Anthony Joshua and Oleksandr Usyk’s upcoming heavyweight title rematch, suggesting it would cost £500million to lure him out of retirement.

“I put on a ridiculous number today,” Fury continued Piers Morgan uncensored. “I said I’ll come back for half a billy, half a billion pounds. That’s £500m. If that isn’t ridiculous… I don’t know what is!

“If that number is on the table, I would definitely look at it. Half a billy is half a billy.”

Presenter and former journalist Morgan then asked: “How about you fight again give me £1million?”

Fury replied: “If I get half a billion for my fight it doesn’t matter does it? Yes, 100 percent!”

Despite his apparent retirement, Fury, 33, is yet to relinquish the WBC heavyweight title he retained against Whyte in April.

Fury has expressed interest in exhibition competitions with the likes of former heavyweight champion Mike Tyson and WWE star-turned-actor Dwayne “The Rock” Johnson, although fans continue to clamor for the “Gypsy King” to compete against the winner of Joshua and Usyk to compete rematch.

Joshua is looking to regain the WBA, WBO, IBF and IBO belts he lost to Usyk in September. The pair are expected to compete again in August in Saudi Arabia.