Frenkie de Jong opens up about his future at Barcelona 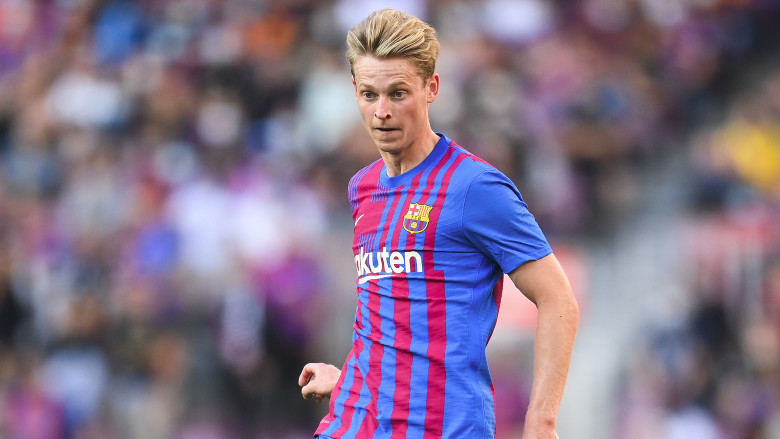 Barcelona midfielder Frenkie de Jong has opened up about his future at the club amid speculation he will exit the summer transfer window and join Manchester United from the Premier League.

The 25-year-old spoke to reporters after playing for the Netherlands in their 3-2 Nations League win over Wales and once again made it clear he is happy at the Camp Nou, a journalist reported Tom Colomosse.

He said: “You’re always flattered when teams show interest in you as a player but I’m at the biggest club in the world at the moment and I’m comfortable there so no news.”

De Jong has long made it clear that he wants to stay at Barcelona and is not interested in a move. He lashed out at claims he had agreed a deal with the Red Devils just last month, as reported by Diario Sport.

“At least not that I know of. It’s either that or they must not have told me, but I don’t think so,” he said. “What I’m saying is that there is absolutely no agreement or anything official. At the moment there is no question at all. [But] I no longer respond to rumours. I feel good in Barcelona. I’d rather stay at Barca.”

Manchester United continue to be linked with a move to De Jong but the two clubs are wide apart when it comes to assessing the Dutchman, according to ESPN. Barcelona “tried to get €100m but United’s valuation is closer to €60m with add-ons.”

The Red Devils are wary of the deal as they believe that “Barca are actively trying to sack De Jong to raise funds to facilitate their summer transfer plans and that should be reflected in the cost. “

Manchester United are prioritizing a midfielder this summer, particularly after losing Nemanja Matic, Paul Pogba, Juan Mata and Jesse Lingard, but have other targets alongside the Netherlands international.