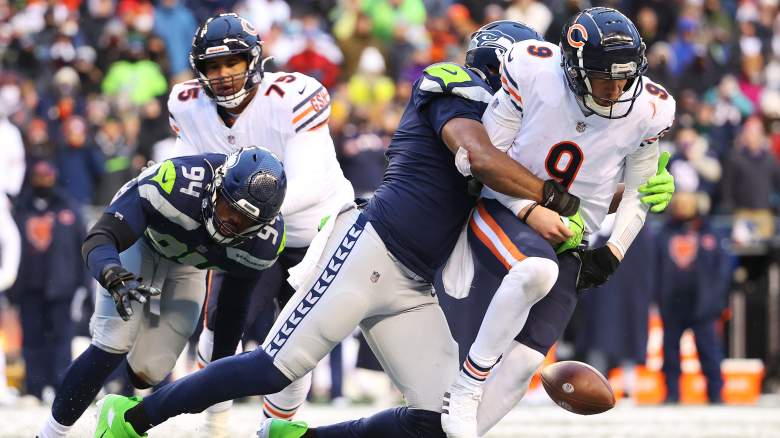 The Seattle Seahawks and general manager John Schneider have worked hard this offseason to add depth on the edge to rush opposing quarterbacks. However, a Star Pass rusher will not be returning for the 2022 season after signing a new contract with a Super Bowl contender.

With training camps around the league beginning, NFL Network Insider Ian Rapaport reported that former Seahawks pass rusher Carlos Dunlap has signed to join the Kansas City Chiefs. It’s a one-year, $8 million deal for Dunlap that will have a major impact on his new team’s defense in 2022.

Dunlap is 33 years old and nearing the end of his NFL career. That said, the veteran pass rusher showed he still had plenty in the tank during his time with the Seahawks, and while there was hope he would return to Seattle, he will instead look to prove himself to Chiefs fans in 2022.

As he enters his 13th NFL season, Dunlap is looking to hit 100 career sacks before hanging up his boots. That would be quite an achievement for the veteran pass rusher, but expectations have always been high for the 33-year-old.

Dunlap graduated from Fort Dorchester High School in South Carolina in 2007 and was a 5-star recruit and the state’s top-ranked player. He attracted interest from high-profile programs like Clemson, Auburn and South Carolina, but ultimately chose to play for the Florida Gators.

Dunlap left college early to pursue an NFL career, but was still an All-SEC first-team selector and BCS national champion in 2009, his final season with the Gators. Despite accolades for a top-notch SEC program, Dunlap was selected by the Cincinnati Bengals in the second round of the 2010 NFL Draft.

The Gators pass rusher was an instant steal for the Bengals, posting 9.5 sacks in his rookie season. In his 11 seasons in Cincinnati, Dunlap had 82.5 sacks with 20 forced fumbles and won back-to-back Pro Bowl selections in 2015 and 2016.

The Bengals traded Dunlap to the Seahawks midway through the 2020 season, and despite his brief stint in Seattle, he still had a strong impact on defense. He played in 25 games for the Seahawks and accumulated 13.5 sacks, 28 quarterback hits and nine pass deflections.

Dunlap is yet to fall off despite his age and the Chiefs are hoping the 33-year-old can continue to produce at a high level for them this season.

Losing Dunlap hurts, but luckily for the Seahawks, they have a host of established players and new faces who will help rush the passer this season.

Darrell Taylor is hoping to make a big step forward this season and has been predicted by some analysts as a breakout player. The 2020 second-round pick missed his entire rookie season but came back in 2021 and racked up a respectable 6.5 sacks. Alton Robinson was selected in the same draft class, so with additional experience he too could take the next step.

The Seahawks added a promising pass rusher in Boye Mafe in the 2022 NFL draft. The second round pick was a pass rush specialist for the Minnesota Golden Gophers in college, who showed good explosiveness and a variety of pass rush moves to break blockers and get to the quarterback.

Shelby Harris could put some pressure on the defensive line after being traded into the trade by the Denver Broncos that shipped Russell Wilson. He had a career six-sack year in 2021 and should be able to play his part as an inside pass rusher. Former Los Angeles Chargers pass rusher Uchenna Nwosu will also be an interesting addition as the 25-year-old is still emerging as a prominent pass rusher.

Whoever moves up in 2022, the Seahawks at least have some depth when it comes to chasing the quarterback even without Dunlap.

Mike Tyson takes a stab at Hulu for creating ‘Mike’ without his consent, fans respond with an uppercut

Mike Tyson takes a stab at Hulu for creating ‘Mike’ without his consent, fans respond with an uppercut