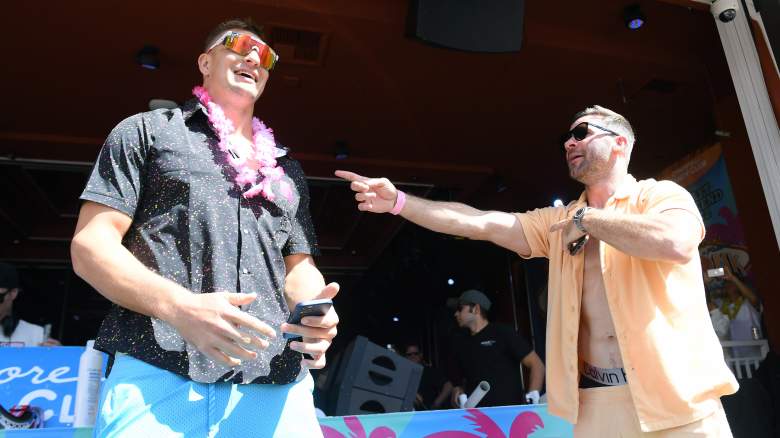 After retiring from the New England Patriots in 2019, Rob Gronkowski may retire again ahead of the 2022 NFL season.

Gronkowski retired after what was by his standards a mediocre performance in the 2018 season. The tight end had 47 catches for 682 yards and three touchdowns.

The tight end sat out the 2019 season but decided to team up with sidekick Tom Brady, now a member of the Tampa Bay Buccaneers. The move seemed to pay off as Gronkowski was able to win another Super Bowl in his first season in the NFL.

But now it seems like Gronkowski’s playing days may really be over. Leonard Fournette asked fans on Twitter and Instagram how many people will wear his shirt in the stands this year?

Gronkowski said he would wear Fournette’s jersey in the stands.

“I’ll represent a 7 jersey for you in the stands!” Gronkowski explained.

If that’s really it for Gronkowski, he’ll leave the game with quite a resume. The tight end has 621 receptions, 9,286 yards and 92 touchdowns to his name.

Gronkowski has received many awards over his 11-year career. He went to the Pro Bowl five times and was an All-Pro four times. The tight end was also inducted into the Pro Football Hall of Fame All-2010 team.

Gronkowski won four Super Bowls during his career and was the 2014 Comeback Player of the Year. The place in the Pro Football Hall of Fame seems almost certain. There’s also a good chance he’ll end up in the Patriots Hall of Fame.

The Patriots have struggled to replace Gronkowski since he decided to retire. New England drafted Dalton Keene and Devin Asiasi in the 2020 NFL Draft.

The duo have struggled throughout their brief NFL careers. Asiasi has two career receptions for 39 yards and a touchdown. Keene put up a measly three receptions for 16 yards and failed to make the NFL end zone.

But the Patriots may have finally found their solution. Hunter Henry had a great debut season with New England in 2021. The tight end had 50 receptions for 603 yards and nine touchdowns. If Henry can find the end zone at a similar rate in 2022, Patriots fans will be more than happy.

There’s also a chance that New England will end up with a two-headed monster again, something they haven’t had since the beginning of Gronkowski’s career.

Along with Henry, the Patriots are also acquiring tight end Jonnu Smith for the 2021 offseason. Unfortunately for New England, Smith struggled more than Henry. He had just 28 catches for 294 yards and one touchdown.

But with a full season in New England under his belt, Smith will rejoin the team much more comfortable both in his environment and with quarterback Mac Jones. Patriots fans will hope this translates into more end-zone visits for Smith in 2022.

The legacy Gronkowski left in New England was almost untouchable, and if he chooses to make it a career, he will surely be inducted into the Pro Football Hall of Fame when the time comes.

There’s also a chance that New England will end up with a two-headed monster again, something they haven’t had since the beginning of Gronkowski’s career.