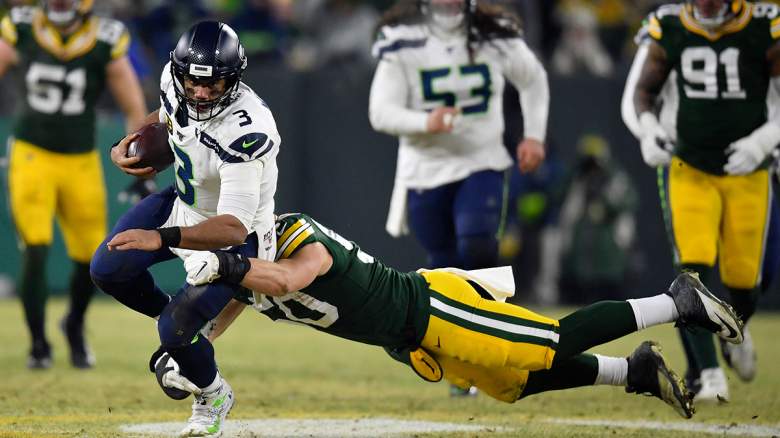 Though the Las Vegas Raiders start the season 0-2, the winless start isn’t entirely focused on defense. There were concerns early in the season that a questionable defense could sink an otherwise strong offense. In two games the offense was worse than the defense.

However, the injuries are piling up. Starting cornerback Anthony Averett is already on injured reserve and linebacker Denzel Perryman missed Week 2 with an ankle injury. The team is getting thinner at Linebacker with two undrafted rookies on the active roster. It seems the team is interested in bringing in some veteran depth. According to The Score’s Jordan Schultz, the Raiders are bringing in linebacker Blake Martinez.

Notably, Martinez spent the last two seasons with the New York Giants, playing under the Raiders’ current defensive coordinator, Patrick Graham. He was impressive in his first season under the coach, totaling 151 combined tackles and 3.0 sacks. Unfortunately, he was limited to three games last season due to a cruciate ligament tear. Martinez has been one of the most prolific linebackers in the NFL in recent years.

Before joining the Giants, Martinez played for the Green Bay Packers. He was a teammate of current Raiders wide receiver Davante Adams for four seasons. In 2017, he was an NFL co-leader in tackles with 144. If his health is right, he’s a perfect fit for the Raiders. He knows Graham’s system and his style is very similar to Perryman’s. This is a no-brainer for the team if there is mutual interest.

The Raiders were one of the healthiest teams in the NFL before the season started, but now they’re among the most battered. Week 1 starters Andre James, Tre’von Moehrig and Denzel Perryman all missed Week 1 through injury. Some of the notable names injured in Week 2 include Bilal Nichols and Hunter Renfrow. Both did not take part in training on Wednesday due to injuries.

The Raiders can’t afford to start the season with three straight losses. The lack of other key starters could be a recipe for disaster. In addition to Renfrow and Nichols, Perryman and Moehrig continued to miss practice. James returned on Thursday and could be ready to play on Sunday. However, the Raiders could potentially do without four key starts for Sunday’s matchup against the Tennessee Titans.

The Raiders don’t get pass rushes from their linebackers, which has been the case for years. One thing that’s interesting about a potential Martinez signing is that he has 13.0 career sacks. In his freshman year under Graham, he had 3.0 sacks. He could help add an extra dimension to the passing frenzy if he signs with the team.

Graham has been honest about the fact that the Raiders’ passing rush hasn’t been great so far.

“We’re currently 0-2. It has improved, I will say that. I’m happy? no Because we didn’t win,” Graham said on Tuesday. “If we win I’m happy, and even then I’m a little bit happy. We have some things to work on. I need to do better job coaching and we will continue to work on that as we continue this process.