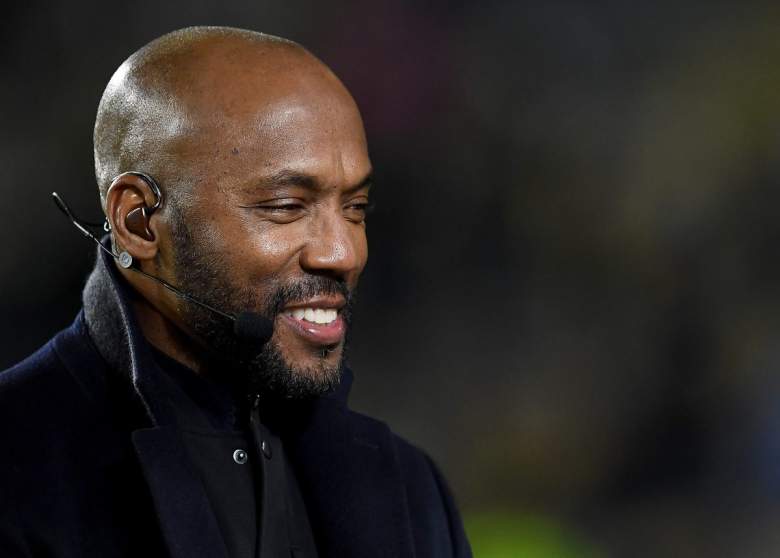 While many people in the Mile High City think the Denver Broncos are Super Bowl contenders, a former NFL executive thinks the complete opposite.

ESPN’s Louis Riddick was asked on Get Up this week if he thinks Denver is a contender, and he replied, “I don’t think they are. I think they will be a very good football team; I think due to the fact that you pointed out that they are in a loaded conference.

Riddick added that Denver is “looking up at the bottom of their division.”

“Russell Wilson is playing with a new group of guys he’s never played games with.”

Don’t forget that Tom Brady and Matthew Stafford have joined new teams in the last two seasons and won the Super Bowl in the same year. Russell Wilson took his pass catchers to his San Diego home twice over the summer for drills and getting the offense on the same side.

“If you look at their offensive line, it’s an average offensive line; He’s yet to come to terms with those wide receivers as to whether he can really cook with this team in a way he couldn’t in Seattle.”

In reality, the Broncos have some question marks on the offensive line. Garett Bolles is an All-Pro left tackle who has had penalty issues over the years, and Dalton Risner is entering a contract year and will need to play big if he wants to re-sign with Denver to progress. Lloyd Cushenberry had no competition for the middle position at camp. There is a possible fight at the right guard.

Quinn Meinerz is entering his second season and has scored many reps with the first team at right flank but has been known to struggle with Netane Muti right on his heels.

Denver again has question marks about the right tackle position. The Broncos haven’t had a reliable right tackle since Orlando Franklin was forced to switch to left guard in 2014.

As of now, Calvin Anderson is the right place to start at camp as Billy Turner and Tom Compton have been put on the PUP list to start camp. The battle for proper tackle position will boil down to these three candidates.

Denver has not appeared in a playoff game since winning Super Bowl 50. In fact, the Broncos are the only team in NFL history to win a Super Bowl and miss the playoffs for the next six straight seasons. With George Paton leading the front office and Wilson playing center, expectations have shifted.

“We know the expectations are higher than here,” said Paton. “We’re not blind to that. We accept expectations, but we still have a long way to go. We haven’t won here for five or six years. We won seven games last year. We are now 0-0. The work starts now. A lot to do. I know we will accept the process. I’m just looking forward to the journey with Coach Hackett, with this team and everyone else involved.”

Even Justin Simmons has spoken out in conversation with the media, explaining how excited he is for this season.