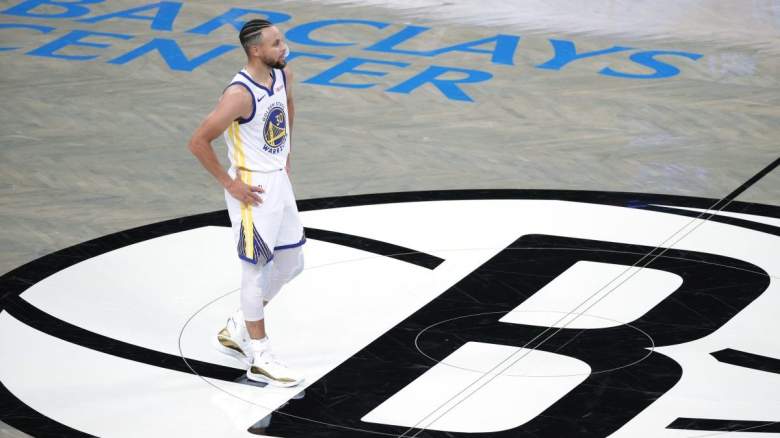 former Brooklyn Networks Guard and a close friend of Kevin Durant made headlines in a recent podcast appearance in which he discussed his friendship with Durant. During an appearance in August at the Players Choice PodcastJames shared a comment about his conversations with Kevin Durant and as friends watching each other play in their respective postseasons.

“Well, if you [the Nets] Was junk and they lost, I called him one day, I said, ‘You know what that means, don’t you? You’re coming to my playoff game'” said James.

“He said, ‘No way am I going to your playoff game, and then about a week later, he [Durant] called me before the playoffs started, he was like, ‘Yeah, I’ll be there.’

The quote was quickly aggregated, and the wording and timeline James mentioned was confusing and made it sound like Durant gave up last season. However, the guard took to Twitter to clarify his comments with the lack of context of the Nets’ up-and-down season.

“You have to watch the whole thing. Bro had MCL issues and no one was playing when all of this was happening. He also called me about three days later and said that they would win everything. Yes, the season has its ups and downs. I can’t watch a snippet and expect to get the full story.” James tweeted.

However, those aren’t the only comments James made that made headlines. The Guardian also shared his thoughts on Steph Curry, and while he may be a top ten NBA player of all time, James doesn’t currently believe Curry is a top 5 player in the current NBA.

Noting that James had dropped Curry from their current top five players, the host gave his reasoning, which included Steph being “one dimensional”.

“Steph, the way he plays and the way he gets things, it’s just one dimensional at times,” James said. “He’s not often the primary ball handler and for a point guard that kind of bothers me.”

The former Nets point guard’s list included Durant, LeBron James, Joel Embiid, Giannis Antetokounmpo and Luka Doncic. Of those five players, James noted that he thinks anyone could take over and make any team a competitor, and he doesn’t know if Curry can.

“I think the other five can do whatever they want on any team in the world right now,” said Mike James. “I just don’t know what that is for Steph. It’s a bit grim for Steph… If you put him in Minnesota he would still kill, but I don’t know if it would be the same.”

The quote had already gotten to Curry, and the Golden State Warriors point guard jokingly shaded James’ comments in an interview at his basketball camp, asking how he would fare in a one-on-one against one of the campers there Finals MVP made a note to mention James’ slight.

The video almost captures the thought that crosses Curry’s mind before he shares it and breaks off with a laugh.

Mike James saw Curry’s response and answered about it on his own Twitter with five laughing emojis.