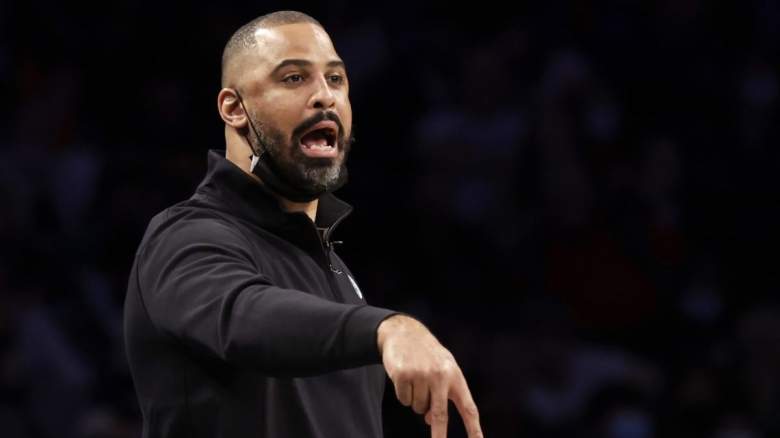 Ime Udoka was a key member of Steve Nash’s first coaching staff as head coach of the Brooklyn Nets when he was hired by the Boston Celtics. Udoka has been known for years as a coach, and last season with the Boston Celtics he showed it by leading the C’s to the NBA Finals in his first season as head coach. The Nets drew a lot of criticism for letting him go and not recognizing the coach they had on their bench. Ultimately, the Nets signed Steve Nash, despite Kevin Durant’s call for his release this summer, and the Celtics landed one of the coaches with the greatest potential to be great.

Udoka impressed as a freshman head coach last season, even after the Celtics got off to a rocky start. He excelled at adapting, whether that was season-wide or even game-to-game and quarter-to-quarter. With his leadership and what the Celtics demonstrated this past season, Boston has catapulted themselves into one of the favorites to win the 2022-23 NBA championship. However, that could change with a report that Udoka could face an extended ban.

In a late-night report, ESPN’s Adrian Wojnarowski shared the surprise report at 10:33 p.m. EST on Twitter, when he said, “ESPN sources: Boston Celtics coach Ime Udoka faces possible disciplinary action – including a significant suspension – for an unspecified violation of organizational policies. Talks are underway within the Celtics about a final decision. Wojnarowski tweeted.

Following the coverage, Wojnarowski stated that while Udoka faces a suspension, his job doesn’t appear to be in jeopardy.

“It is not believed that Ime Udoka’s job is in jeopardy, but a suspension is imminent and a final decision of that length could come as early as Thursday, sources tell ESPN.” he continued.

The reasons for the suspension remain unclear, but it is believed the Celtics could do without their head coach for an extended period of time. Losing Udoka to suspension hurts a little more as Boston lost their principal assistant, Will Hardy, who was hired as the Utah Jazz’s new head coach.

The Celtics aren’t the only team in the NBA Eastern Conference with a head coach question mark, the Nets and their predicament with Steve Nash remain a mystery. Former NBA big man Scot Pollard recently predicted that Nash would not make it to the end of the season on the Brooklyn bench.

“I don’t think Steve Nash can hold out much longer,” Pollard said on a recent episode of Heavys The Celtics Collective. “Honestly, it’s always the coach. They’re not going to fire the $150 million player, they’re going to fire whatever Steve gets paid. Ten million a year, five million a year. That’s peanuts compared to what KD is doing and they won’t see Steve Nash as a coach. So that’s how these things work.

“When a team leaves the coach? And if your star player left the coach? Then it’s easy for the rest of the team to leave. “Well I don’t play as much as I wanted to either and it’s probably the manager’s fault.”