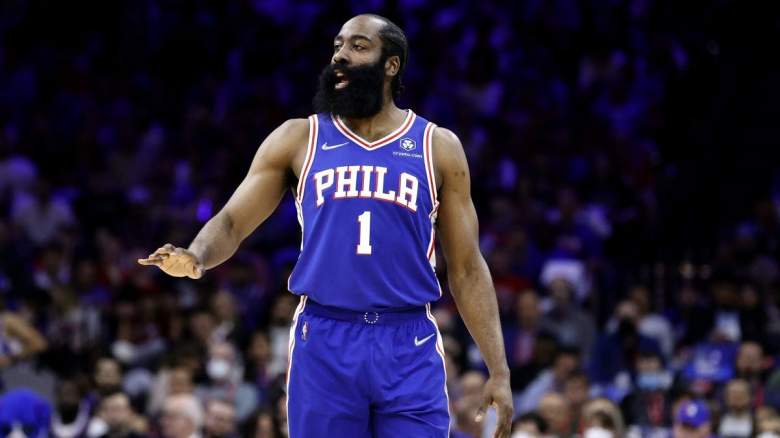 Following their postseason exit, the Philadelphia 76ers have a major issue to resolve with one of their stars. After taking on James Harden at the close of trade, he could enter free agency this summer. The former MVP can either go for his $47.3 million player option or go to the open market.

Given that he’s still a top-notch talent in the NBA, a player like Harden will likely warrant a maximum contract. That being said, the Sixers might be reluctant to offer a player in his mid-thirties a supermax contract. While he was a good addition to Philly, it’s clear he’s not the player he once was.

Minnesota Timberwolves point guard Patrick Beverly was a recent guest on ESPN’s NBA Today and shared his thoughts on the situation. Beverly, a former Harden teammate in Houston, thinks the Sixers should honor whatever price Harden wants if he decides to go free.

“As far as money goes, you give the boy anything he asks for. It may sound crazy, but there’s nobody in the league right now who can do what they can.” said Beverly.

There’s still a long way to go before a decision is made, but insiders are already gathering information on the situation. During an appearance on ESPN’s “Get Up,” Brian Windhorst mentioned that few people in the league expect Harden to receive the highest amount he could potentially sign for.

“The terms he’s going to stay in are going to be everything … I don’t think anyone in the NBA at this point thinks the Sixers are going to give James Harden a maximum contract. So the question is what is he willing to do?” said Windhorst.

Harden’s performance in the playoffs certainly changed the negotiations. The Sixers brought him in as a running mate to Joel Embiid, and he struggled. Harden’s 18.2 PPG in the Eastern Conference semifinals was his lowest in a playoff series since 2012.

Throughout his career, James Harden has pretty much done everything but win a championship. If securing what he’s been missing out on all along is really his top priority, then he should take a pay cut in the future.

Harden’s former teammate Chris Paul provided the blueprint for this when he re-signed with the Phoenix Suns. Paul forgo a heavy player option and took slightly less so the team could keep its core intact over the long term. If the All-Star is willing to do the same, Daryl Morey’s job becomes a little easier.

Looking down the road, added cap flexibility could do wonders for the Sixers. For starters, they’ll soon have to pay breakout star Tyrese Maxey a well-deserved maximum extension to his rooking contract. Harden taking less could also open the door for Morey to acquire another star to pair alongside him and Embiid.

Heading into the offseason, signing Harden should be high on the Sixers’ to-do list for the foreseeable future.