Former Bills WR/KR made an All-USFL team, led the league in total yards 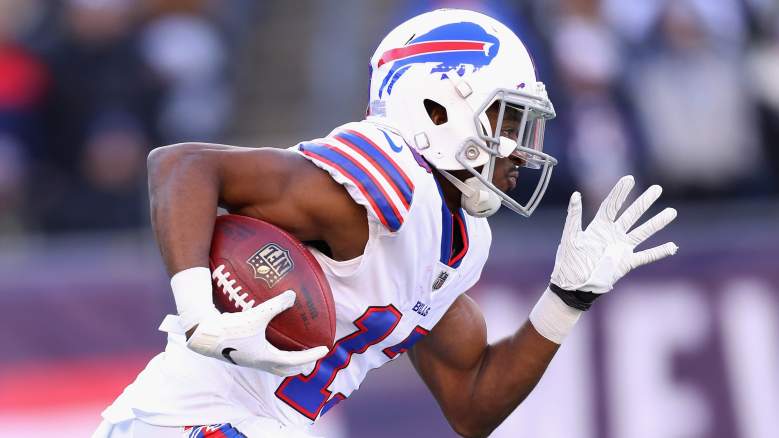 Victor Bolden Jr. had a hard time staying with an NFL team during his two-year career but found a good home in the USFL.

The former Buffalo Bills wide receiver and kick returner had a breakout season in the new start-up league, was named to the All-USFL team earlier this week and later claimed the all-purpose yards title. Bolden now joins a group of USFL stars hoping to land a chance with an NFL team in the coming months.

Though his NFL career quickly fizzled out, Bolden proved he still has plenty of talent. He was one of the USFL’s most dynamic playmakers, leading the Birmingham Stallions to a 9-1 record and a playoff spot while finishing second in the league with 41 receptions, 397 receiving yards and a touchdown.

Bolden added 618 kick return yards and 176 punt return yards, resulting in a league-best 1,209 all-purpose yards in the 10-game season. For his efforts, he earned a spot on the All-USFL offensive team.

Bolden, 27, played two seasons in the NFL and joined the Bills at the close of the 2018 season, where he appeared in two games returning five kicks for a 23.2-yard average with a longest rush of 28 yards . He played sparingly as a wide receiver, with just one catch during his stint with the San Francisco 49ers – going for a 10-yard touchdown.

The Bills finished his season 6-10, which was Josh Allen’s rookie season when the team was still rebuilding.

Bolden had a bumpy NFL career that included a four-game suspension in 2018 after testing positive for a performance-enhancing drug violation. Bolden later said he was unaware that the supplement he was taking contained a prohibited substance.

“As a professional athlete, I take full responsibility for not reviewing the ingredients in the dietary supplement,” Bolden said. “In the future I will be much more informed when deciding what to put in my body. It hurts to know that I won’t be on the pitch with my team for the first four games of the season.”

The strong season with the Stallions could give Bolden another chance at an NFL roster. Bleacher Report’s Alex Ballentine identified him as one of the best NFL players out of all USFL players and said he could return to his former role as a return specialist and potential slot receiver.

“The 5’9″, 175-pounder is elusive and fast, making it an ideal candidate for taking snaps in the slot and being a special team weapon,” Ballentine wrote. “He led the 8-1 Birmingham Stallions in acceptance while also taking on kick and punt return duties.”

A reunion with the Bills doesn’t seem likely, however. The team is strong in wide receiver and has a number of other fast slot receivers who have experience in the second leg. Leading this group is Isaiah McKenzie, who looked impressive at the team’s minicamp this week and looks set to take on a bigger offensive role next season.