Former Bills No.1 WR signs with Tamp Bay Buccaneers ahead of playoffs 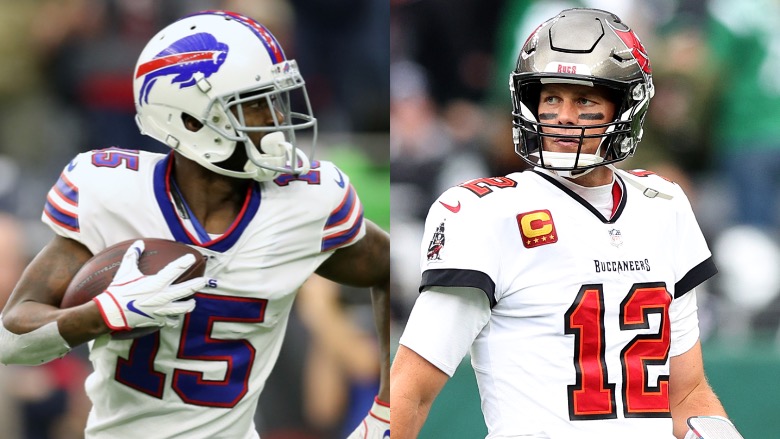 Few players have jumped more in the league this season than former Buffalo Bills wide receiver John Brown. And just before the playoffs officially kick off this weekend, the 31-year-old veteran is hoping for the charm of the Tampa Bay Buccaneers for the fourth time.

Joining quarterback Tom Brady looks like a great way to end the year — joining last year’s Super Bowl champions, a team that won the NFC South by a 13-4 record.

The Bucs signed Brown to add depth to the receiver position ahead of their first round playoff encounter with the Philadelphia Eagles on Sunday, Jan. 16. If Brown is accepted into the active roster, he may be a full participant during the playoff run in Tampa Bay.

Unfortunately for the Bucs, their pool of wide receivers dwindles just when it matters most. Tampa Bay recently lost Chris Godwin to a cruciate ligament tear and injured Antonio Brown after his wild outburst on the field.

Brown has 320 receptions for 4,748 yards and 31 touchdowns in his seven-year NFL career.

Brown’s joining the Buccaneers marks a reunion between himself and head coach Bruce Arians. Brown was selected by the Arizona Cardinals as the team’s third-round pick in the 2014 NFL Draft, where Arians was the team’s head coach.

In 2018, Brown signed with the Baltimore Ravens before joining the Bills. During the 2019 season, he was quarterback Josh Allen’s No. 1 receiver and had career-best 72 catches for 1,060 yards. Last season, however, Brown dropped to second place after the Bills signed wide receiver Stefon Diggs, so his production decline was expected. While struggling with injuries, Brown endured one of the worst seasons of his career. He appeared in just nine games, rushing for a meager 458 yards and three touchdowns.

After the Bills gave Brown a free hand, Brown signed a two-year contract with the Las Vegas Raiders, but the receiver asked to be released after training camp was complete, and the team complied.

Brown later signed with the Denver Broncos, a brief tenure that ended exactly as his time in Las Vegas ended. Mike Klis from KUSA-TV tweeted, “WR John Brown had used up his 2 practice group raises and with the return of Jeudy the Broncos wouldn’t take Brown to 53. So Brown asked for his release from the practice group, according to the source.”

The veteran receiver then signed with the Jacksonville Jaguars but was released after just two games. His time in Jacksonville was unforgettable. He played a total of seven snaps in those games and received two total targets, but failed to catch either one.

After Diggs left the Minnesota Vikings to join the Bills in September 2020, he had nothing but the highest compliments for his new teammate.

“I think in my opinion, John Brown is one of the most underrated receivers in the NFL,” Diggs said, per Bills Wire. “Besides, he’s underestimated. He does a lot of things very well. He plays on the outside, can play on the inside, he has great hands, great routes.”

“Guys like that are fun to play with because it’s hard to double, it’s hard to do all of that,” Diggs continued. “It gives everyone the opportunity to eat, everyone can win to the outside.”

Cutting Brown was primarily a financial decision, as the Bills freed up $7.93 million in cap space, according to Sportrac.com.