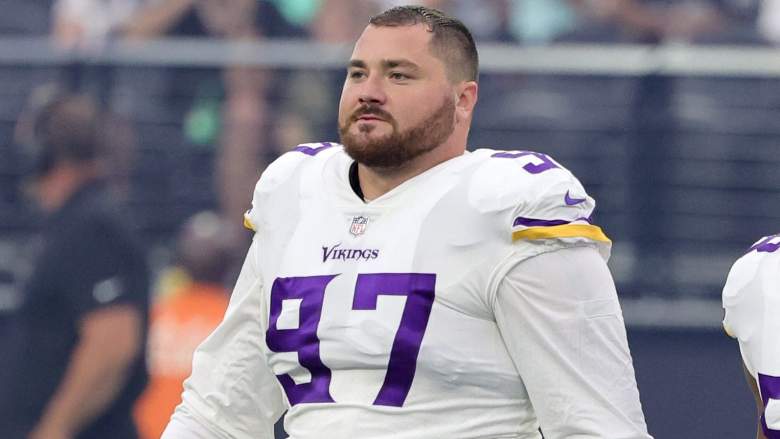 The Buffalo Bills (6-2) matchup against the Minnesota Vikings (7-1) is developing into one of the most dramatic games of the season. Aside from not knowing if quarterback Josh Allen will be healthy enough to start, it’s the first time former Bills fan favorite Harrison Phillips has played Buffalo.

While the Bills made numerous harsh roster cuts to meet the salary cap for the 2022 NFL season, one of the hardest partings happened in March, when the team didn’t re-sign defensive tackle. Harrison was immediately drafted into free agency and signed a three-year, $19.5 million contract with the Vikings.

Phillips had spent his entire career with the Bills, having been the team’s third-round pick in the 2018 NFL Draft. During an interview with Spectrum News 1 on Wednesday, the 26-year-old broke his silence as he faced his former team for the first time. The Stanford grad admitted going to Highmark Stadium will be incredibly difficult.

“I’m really trying not to think about it too much because it’s getting very emotional for me,” Phillips said. “I don’t know how I’m going to act. I really don’t. I’m not a mean, tyrannical type. I’ll want to hug all my friends and cheer for my boys. I have no grudges against the players there, but it’s still a physical game and I have to blow these guys through.

“Well, it’s going to be very interesting. I’m so excited to see some of the guys. I’ve already planned quite a few things for my time slot on Saturday evening and after the game. I’ll drive over and see some of the guys. But I know it’s going to be a really weird feeling going into the stadium on the left side of the tunnel and going to the left side of the dressing room. And if I go out to pregame…can I sit in my normal place on the bench? I have to do it on the other side now. I don’t know how this is all going to play out.”

While Phillips makes it clear that he “really, really, really loves Minnesota” and that “it’s been amazing so far,” he noted that that week/two-week window before I even thought I was a free agent…yes, it was so difficult.”

“My anticipation compared to what really happened, you know, this business side of sport, was just a harsh reality for me. That my soaking wet boy never thought this would ever happen. And then once it was clear that I was going free and there were a dozen other teams that were a better option for me, obviously I had to focus on that. But it was a huge challenge.”

Phillips said he moved on by severing his ties with Buffalo and the Bills. “I’m no longer associated with the Bills … but it will always feel like home to me.” The two-time Walter Payton Man of the Year nominee continues to return to west New York to continue working with his charity Harrison’s Playmakers to continue.

“Many of the players on the Bills team are good friends of mine. And because I’ve been there four years and only been here X months, my relationships with them are probably even stronger than what I’ve been able to build in my short time here. But over time, those relationships will grow just as strong.”

Phillips also keeps in touch with Bill’s head coach Sean McDermott. “I proposed to Shay, my longtime girlfriend since high school, on Friday night of NFL draft weekend, and Sean called me Saturday morning during draft hours. I thought that was a pretty cool move… That spoke volumes. The draft was in and I got a call from Sean.”

In addition to the return of Phillips, there will be several reunions at Orchard Park on Sunday November 13th. Not only will it be the first time Bill’s star wide receiver Stefon Diggs has faced his former team since his trade in 2020, but there’s another chance he’ll take on that with his former Vikings quarterback Case Keenum field will go.

Week 10 almost marks the first time Vikings star running back Dalvin Cook will face off against his litter brother, Bill’s rookie James Cook. Dalvin said earlier this week: “I never had the opportunity to get into that predicament. But one of the best to be a part of. It’s a fun time for my family. But it’s something I’ll remember forever. Just absorb everything – lots of emotions on Sunday.