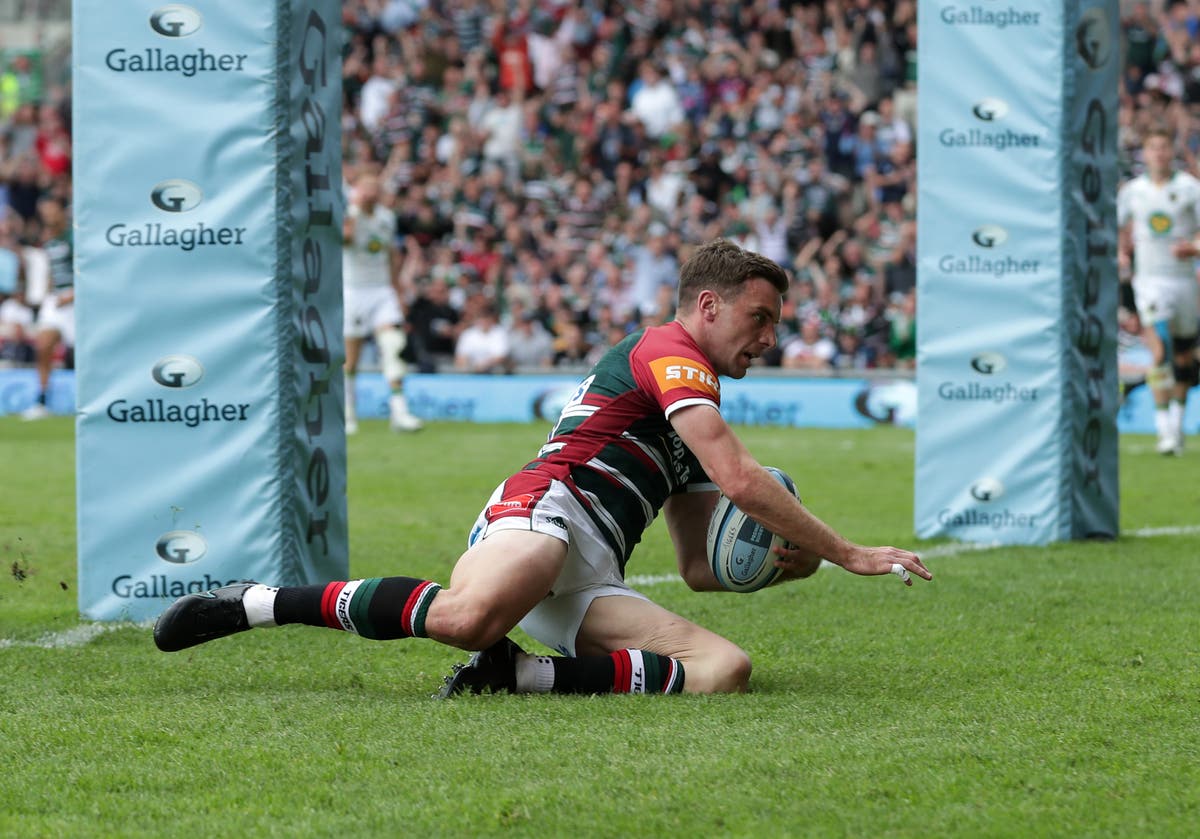 The Tigers, who extended their unbeaten home record in English rugby’s flagship club to more than a year, were put to the test by their East Midlands rivals during an emotionally charged play-off in which Ford scored 22 points.

There was a minute of applause before kick-off to commemorate Tiffany Youngs, whose husband Tom retired in April after a career in which he captained the club and played more than 200 games for the first team.

Ford contributed a try, a conversion, four penalties and a drop goal in his last home game at Leicester before joining Sale later that summer, and delivered a shot on target for Freddie Steward’s late touchdown.

The Saints responded with a Tommy Freeman touchdown, with Dan Biggar taking two penalties and James Grayson taking one, but Wales international Biggar left early in the second half after apparently suffering a hit.

But ultimately it was Leicester’s day that provided a vibrant final as they embarked on their quest for a ninth Premiership title.

Hooker Julian Montoya and center Dan Kelly returned to Leicester’s starting line-up, while Northampton were among the changes that saw Freeman move to full-back in place of an unavailable George Furbank, with number eight Juarno Augustus also joining.

However, Kelly limped away after just three minutes, prompting a rear division reshuffle as Guy Porter moved to midfield, substitute Freddie Burns emerged at full-back and Steward moved to the wing.

Biggar then put Northampton ahead and landed a 48-yard penalty after seven minutes before Saints full-back Freeman launched a thrilling counter-attack that ended with him being bundled into contact.

The Saints were the more dangerous team from the start, and they were denied a try by Alex Mitchell after winger Courtnall Skosan tapped before Skosan spilled a pass when a clear run beckoned to the line.

Leicester’s response to a troubling opening quarter was to set up camp at Northampton 22, aided by a wild Augustus Pass that gave them an attacking lineup.

Ford equalized with a close-range penalty but Skosan’s terror continued after Saints center Rory Hutchinson broke clear in midfield, only for the South African to miss another clear chance by dropping the ball.

A second Ford penalty gave Tigers the lead seven minutes before the break just as Biggar was being treated after what appeared to be a blow to the back.

The Saints finished the half back in the driver’s seat, and Biggar’s second penalty made it 6-6 at the break after Porter was booked for a high tackle on Hutchinson.

With Porter still eliminated, Northampton deservedly took the lead after sustained pressure that posed many questions for Leicester’s defence.

And Freeman met an easy end when Leicester ran out of numbers as Biggar’s missed conversion was his final contribution before leaving action and being replaced by Grayson.

Leicester were in trouble again but this time they managed to find an answer as Ford weaved through Northampton’s defense for a try which he also converted.

Grayson sent an angled penalty chance wide after Skosan was tackled in the corner, only to make amends four minutes later as Saints regained the lead.

But when Northampton backup base Oisin Heffernan was sinned by a high challenge on Jasper Wiese, Leicester tried to make it count.

Ford inevitably delivered the goods after kicking an earlier penalty as Leicester attacked at pace and his floating delivery found an unmarked steward who eventually finished Saints and secured a trip to Twickenham, helped by Ford’s drop goal and another punishment was sealed.