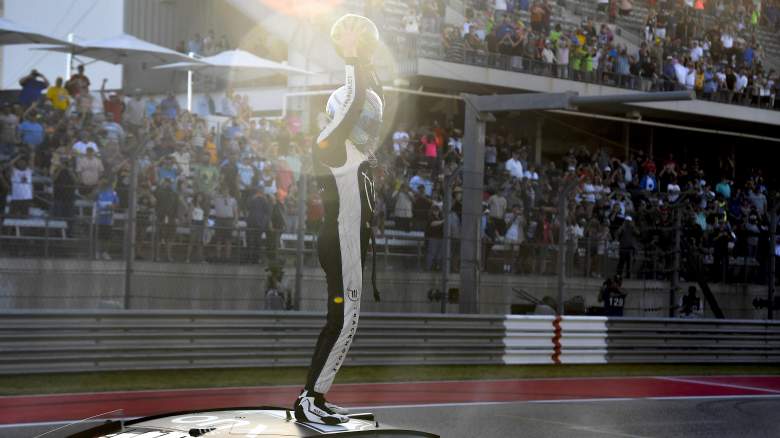 Thanksgiving is here and people across the United States are listing things they are grateful for. For NASCAR fans and industry members alike, the rise of first-time winners is high on the list.

The 2022 Cup Series season saw the debut of the next-gen car that would help level the playing field in NASCAR. There were obvious concerns about the new car’s overall safety, but it helped many drivers and smaller teams compete for victories.

The 36-race schedule started with a first-time winner. Austin Cindric conquered the Daytona 500 and bought his ticket to the playoffs. Three weeks later, second-year driver Chase Briscoe won his first career race during a trip to Phoenix.

The list of first winners continued with Ross Chastain (Circuit of the Americas), Daniel Suarez (Sonoma Raceway) and Tyler Reddick (Road America). Reddick in particular joined Rusty Wallace and Alan Kulwicki on the sizable list of riders who finally made their mark in their third career season.

All first-time winners caused a stir in their respective organizations and fan bases. However, there was one in particular that caused celebrations in several countries and broke a long winning streak.

Daniel Suarez entered the Cup Series in 2017 as a hot talent. He was the reigning champion of the Xfinity series and joined a high profile organization at Joe Gibbs Racing.

Suarez’ move to the Cup Series didn’t go as expected. He achieved numerous top 10 finishes and top 5 finishes, but was unable to achieve any victories. He lost his seat with Joe Gibbs Racing after two years and his seat with Stewart-Haas Racing after just one year.

There have been questions about Suarez’s future after SHR cut ties with him and put Cole Custer at No. 41. He spent the 2020 season driving for the underfunded Gaunt Brothers Racing but parted ways with the team when they moved back to a part-time 2021 schedule.

Suarez agreed to join newly formed Trackhouse Racing and he spent 2021 as the team’s lone driver. He showed speed at times but remained winless until 2022. However, on a June afternoon at Sonoma Raceway, things changed.

Suarez drove the race of his life on June 12, 2022. He led 47 of the 110 laps of the California street circuit, holding off both Chris Buescher and Michael McDowell in the final run to the checkered flag. He finally won his first career race and cashed his ticket to the playoffs while Daniel’s amigos celebrated.

Five drivers earned their first career win in the 2022 season and all made the Cup Series playoffs. They will now approach 2023 with more confidence while a different group of riders will aim for the same achievement.

There are several full-time winless riders who will have 36 more opportunities in 2023. The list includes veterans in Corey LaJoie, Ty Dillon, Ryan Preece and Cody Ware. Second-year drivers Todd Gilliland and Harrison Burton will join them after shedding their rookie stripes.

The latest additions to the list are Noah Gragson and Ty Gibbs. The two drivers made their debuts in the Cup Series with part-time schedules in 2022, but now they will compete in their true rookie seasons for Petty GMS and Joe Gibbs Racing respectively.

Both Gragson and Gibbs joined organizations that have celebrated victories in the next-gen era, but joining the list of first-time winners will not be an easy task. They must continue to adapt to the high level of competition while making their own progress behind the wheel.