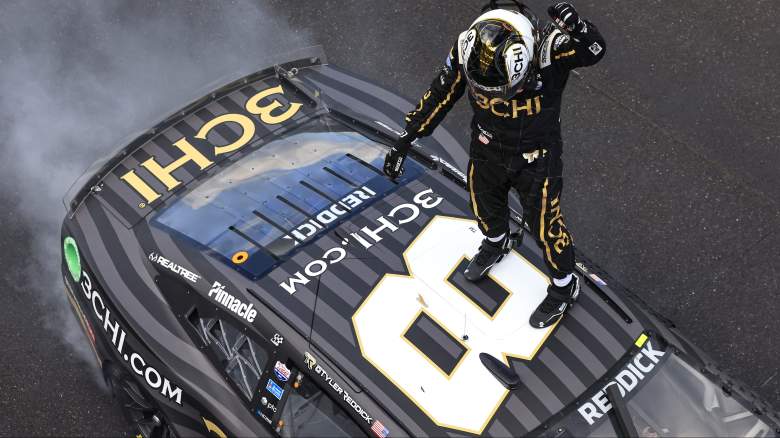 The driver of the #8 Chevrolet had one of the best cars in the field on July 31, leading 38 of the 86 laps. He survived several restarts and held off Ross Chastain during the final two-lap sprint to the checkered flag. That win was Reddick’s second of the season and it was the first time since 2013 that a Richard Childress Racing driver had won multiple races in a season.

Per Dustin Albino by Jayski, This was only the second time in Cup Series history that three rookies had finished in the top five in the same race. The first instance took place during the 1994 season at Pocono Raceway. Ward Burton was second, Joe Nemechek third and Jeff Burton fourth.

Equally a big story is the rider who ended the day fifth overall. Bubba Wallace went into the race weekend with 18 starts in the Career Cup series on street circuits and no top 10 finishes. He ended that series in great fashion by posting his first career top 10 and first career top 5 on a Cup Series street course.

There were several Ford Performance drivers who put in strong performances with top 10 finishes at the Indianapolis Motor Speedway. Two of them also achieved this goal in dealing with fire and smoke.

RFK Racing’s Chris Buescher was forced to make an unscheduled pit stop during stage one after a major fire broke out in the #17 Ford Mustang. The team put out the fire but had to continue working on the stock car while Buescher dealt with smoke and poor visibility.

Buescher fell back two laps while the team worked on their No. 17 Ford, and he finished the first two stages outside the top 30. However, he came back on the lead lap with less than 20 laps to go. He worked his way through the carnage across multiple restarts, finishing tenth overall.

Joey Logano, the number 22 driver of the Penske Ford team, also had to leave his stock car quickly because of a fire. Although his incident happened after crossing the finish line at the end of the race. Logano ended the day sixth overall before coming to a halt on the track with smoke billowing from the interior.

As Reddick celebrated his win, NASCAR made a big announcement. Officials said they gave both Chastain and Austin Dillon 30-second penalties for skipping Turn 1, with their massive collisions, and using the slip road to get back on track.

The punishment had a bigger impact on Chastain’s day. He had the lead in overtime before eventually finishing second behind Reddick. This would have made for a solid points day, but Chastain instead dropped to 27th after receiving the penalty.

Dillon, by comparison, was not in the running for the win. He sped almost in the middle of the field during the final two-lap run to the checkered flag before receiving the penalty. Dillon and the No. 3 team fell to 30th overall by the end of the day.

The two drivers are in very different situations with four races remaining in the regular season. Chastain has two wins and a secure playoff spot. Dillon is well below the cutline and in a must-win situation.

Dillon, by comparison, was not in the running for the win. He sped almost in the middle of the field during the final two-lap run to the checkered flag before receiving the penalty. Dillon and the No. 3 team fell to 30th overall by the end of the day.