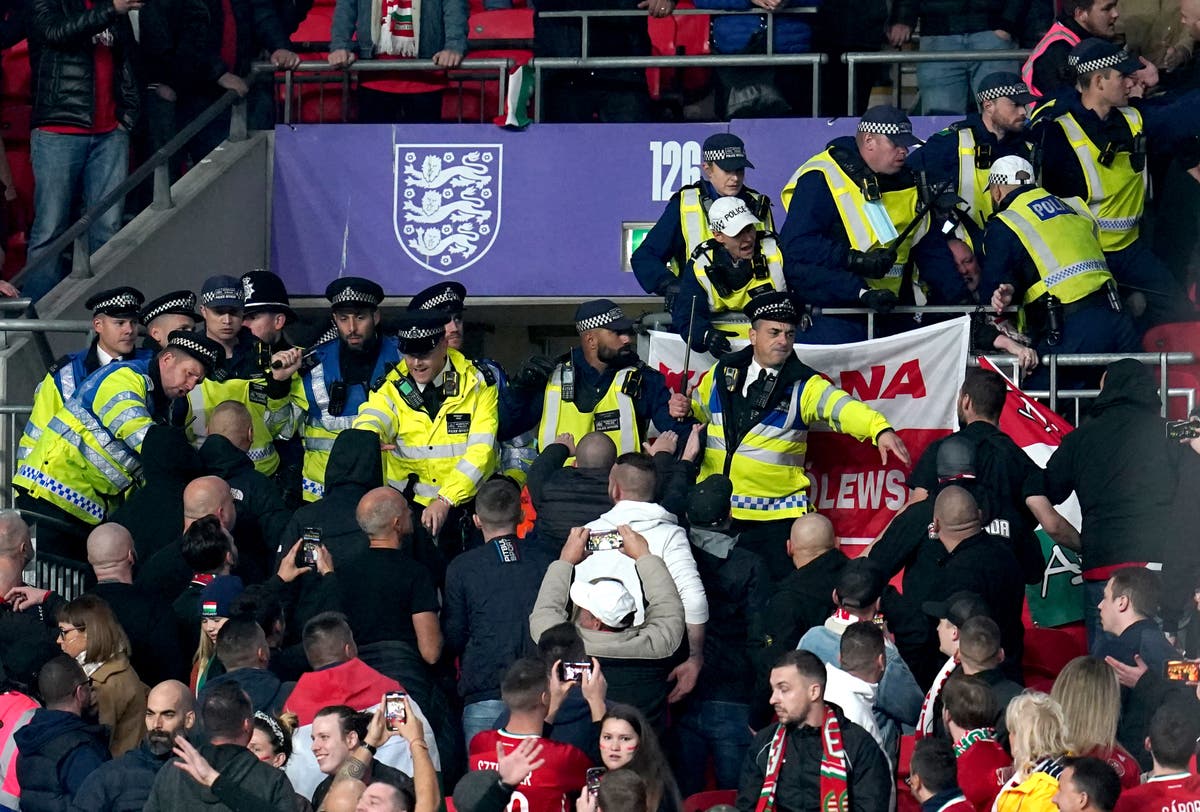 Fifa has opened disciplinary proceedings over the riots that affected England’s World Cup qualifier against Hungary on Tuesday night and the scenes of violence during the Albania-Poland match in the same group.

Hungary’s fans clashed with police at Wembley after officers entered the stands to arrest a person for a racially aggravated public order violation regarding comments on a steward.

The Metropolitan Police described the incident as a “minor incident”.

The game between Albania and Poland in Tirana has been temporarily suspended. After Karol Swiderski scored for Poland in the 77th minute, bottles were thrown onto the pitch.

The world football association said in a statement: “After analyzing the match reports, Fifa has initiated disciplinary proceedings in relation to yesterday’s FIFA World Cup qualifying matches between England and Hungary and Albania against Poland.

“Once again, Fifa condemns the incidents at both games in the strongest possible terms and would like to emphasize that it continues to firmly and resolutely reject any form of violence, any form of discrimination or abuse. FIFA has a very clear zero-tolerance stance towards such disgusting behavior in football. “

Hungary have been ordered to play two games behind closed doors, one of them suspended for two years because of the racist behavior of their fans during the qualifier against England last month in Budapest.

Raheem Sterling and Jude Bellingham were targeted with monkey chants during the September 2 game which England won 4-0.

In July, the European football association Uefa imposed a stadium ban on the Hungarian association for two games after investigating the behavior of its supporters during the Euro 2020 games in Budapest and Munich.