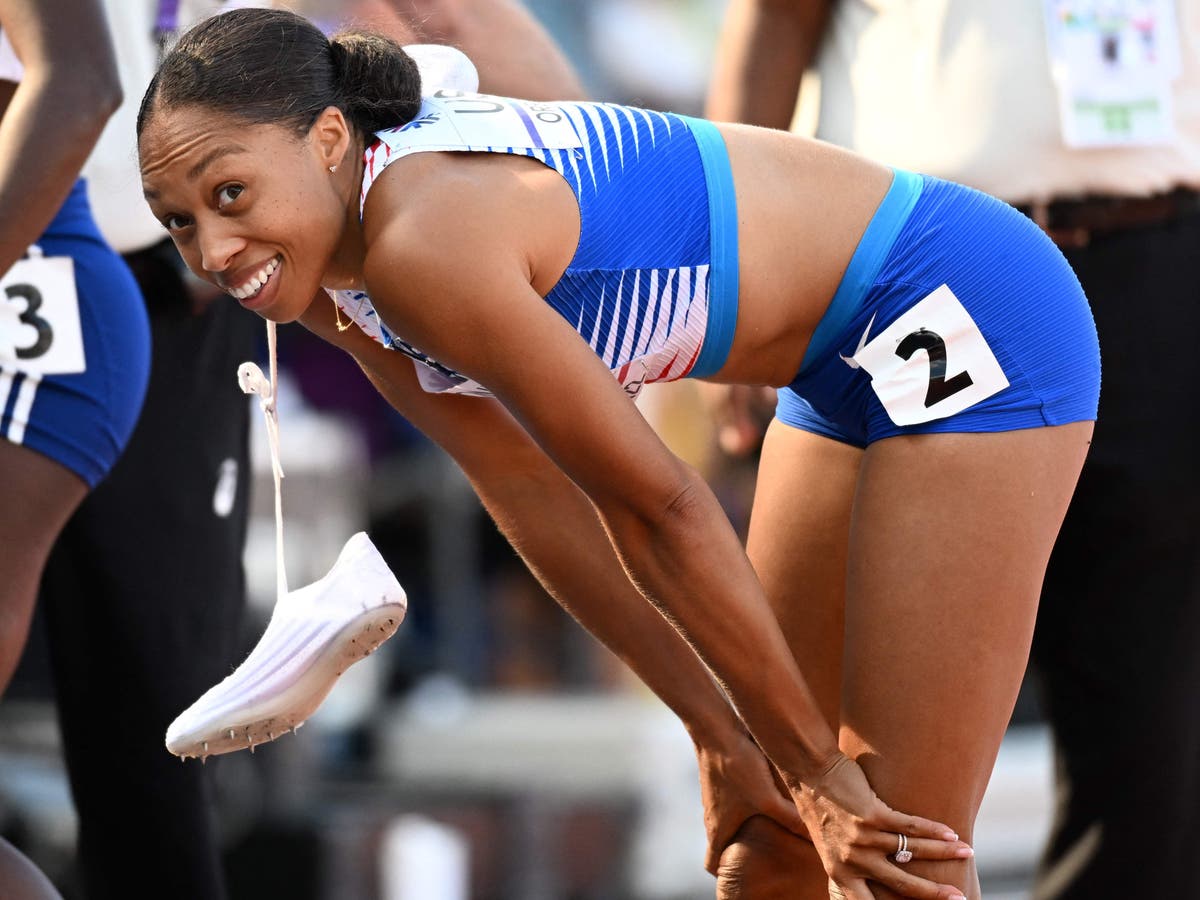 Allyson Felix helped the United States into the 4x400m relay final in a surprise return to Hayward Field on Saturday, days after running her farewell race at the World Championships.

The seven-time Olympic gold medalist jumped back on a plane to Eugene, Oregon after being called up to the prelims of the women’s event following her bronze medal performance in the mixed relay last week.

The 36-year-old, who won her first Olympic medal 18 years ago in Athens, extended her team’s lead in the second round as the United States with the fastest heats time (3:23.38) and Great Britain finished second.

“I went to Halloween’s Cafe, one of my favorite cheat meal places,” she revealed as she took the call to come back. “I had hot wings and a root beer float and was just about to do it when I got a call.

“They just asked if I was willing to come back and run a lap and help the team get a position and so I dropped the wing.”

“It’s an honor for me to come here and run in front of a home crowd and help the team,” she added. “That’s the point. Bobby (her trainer) gave me a few more workouts and then I hopped on a plane to come back here.”

The United States will aim to claim world gold for a third consecutive year in Sunday’s final. “I don’t think they will need me tomorrow,” Felix told reporters.

Jamaica (3:24.23) built up a huge lead at halftime and won his run by more than three and a half seconds.

Belgian anchor Camille Laus came into the home stretch from behind and sprinted home in second ahead of Canada.

A day after taking silver in the 400m hurdles, Dutch presenter Femke Bol stormed home to keep the Netherlands in contention after a dropped baton, but the team was disqualified.

Italy and Switzerland advanced in time.