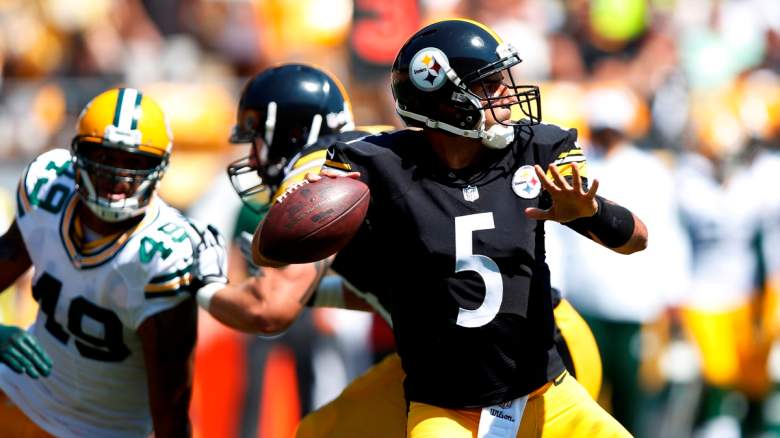 On Wednesday, June 8, the XFL announced the names of 12 of the 14 offensive and defensive coordinators who will work for the league’s eight teams. Two of the coordinators are former Pittsburgh Steelers employees, namely former quarterback Bruce Gradkowski and former special teams coordinator Ron Zook. The news comes courtesy of a posting on the XFL’s website, which notes that some of the newly named 2020 coordinators were part of the league before it suspended operations due to COVID-19.

Gradkowski, 39, from Pittsburgh, was a sixth-round pick for the Tampa Bay Buccaneers in 2006 and went on to play quarterback for five different teams, most recently with the Steelers (2013-16). He will serve as the offensive coordinator under head coach Anthony Becht, a former NFL tight end who enjoyed an 11-year playing career at five different clubs after being selected in the first round by the New York Jets in 2000.

Former Steelers assistant Ron Zook, 68, will serve as defensive coordinator under Jim Haslett, who was Bill Cowher’s defensive coordinator at Pittsburgh from 1997 to 1999 before becoming the head coach of the New Orleans Saints. Zook has 11 years of NFL assistant experience, beginning with a three-year stint as special team coordinator under Cowher (1996-98). His last coaching job was in 2019 when he served as a special teams/assistant coach for the AAF’s Salt Lake Stallions.

The XFL, which will begin play in February 2023, previously announced the names of the head coaches who will lead each of the league’s eight teams. Three of the head coaches, including the aforementioned Haslett, have strong Steelers roots, with the others being Pro Football Hall of Famer Rod Woodson and legendary Steelers wide receiver Hines Ward.

Rod Woodson, 57, had a glittering 17-year playing career on four different teams and also served as an NFL assistant for several seasons. After completing a coaching internship with the Steelers in 2013, he served as an assistant defensive backs coach for the Raiders in 2015-16 before being promoted to cornerbacks coach in 2017. He has not coached in the NFL since then.

Ward, 46, spent all 14 of his NFL seasons with the Steelers and has since worked as an offensive assistant for the New York Jets (2019-20). In early 2021, he was a candidate to become the Detroit Lions’ wide receivers coach, but that job went to former Steelers teammate Antwaan Randle El.

In April 2021, Ward was hired as an off-field assistant at Florida Atlantic, and last November he was promoted to the Owls’ wide receivers coach. Most recently, he applied for the head coaching job with the Houston Texans, but that job went to Lovie Smith.