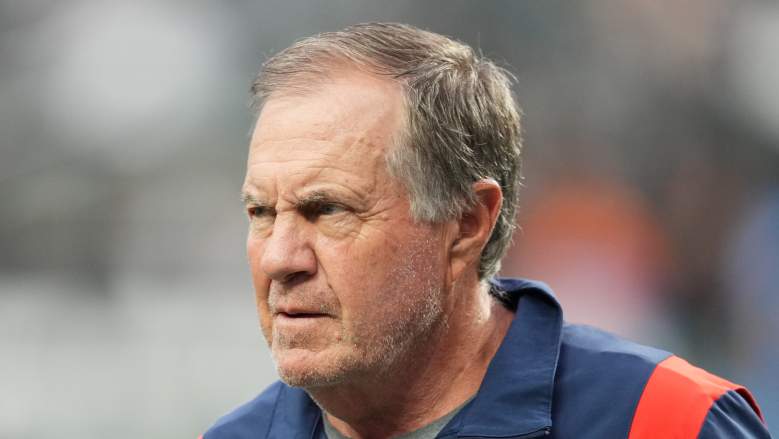 Revenge plays haven’t gone well for NFL players this year. Baker Mayfield couldn’t beat the Cleveland Browns, and Russell Wilson came up short in Week 1 against the Seattle Seahawks. The Pittsburgh Steelers are likely hoping things will get better for non-QBs in similar situations.

Gunner Olszewski takes on the New England Patriots in Week 2. The former Pro Bowl returnee wants to leave it to his former team. Olszewski went into the Pro Bowl as a returnee for the Patriots and played the same role for New England in 2021.

The Patriots didn’t bring Olszewski back to start this season, and the 25-year-old ended up with the Steelers. As expected, the Texan is feeling a little more motivated ahead of the Week 2 clash between Olszewski’s current team and his old team.

“Every time you play the ex, you want to show off,” Olszewski said of Steelers.com’s Teresa Varley. “Every time I get the ball, I want to do something with it. I’m playing the old team, the team that didn’t want you, sure, I want to go out there and show what I can do.

Olszewski had a punt return for 20 yards in the Steelers’ 23-20 overtime win over the Cincinnati Bengals in Week 1. For Steelers fans at least, there’s hope that Olszewski can make a similar impact for Pittsburgh as he did for the Patriots in 2020.

In 2020, Olszewski’s 346 punt return yards and a TD was good enough to send him and Patriots punter Jake Bailey into the Pro Bowl to represent the Patriots as the only guys to take the team out Form New England.

In Week 1, Ty Montgomery and Myles Bryant handled return duties for the Patriots in their 20-7 loss to the Miami Dolphins. Montgomery and Bryant both kicked off, with the former returning his chance 28 yards.

Bryant handled punts alone and had a 12-yard return. Montgomery was placed on injured reserve and will be out for at least four weeks. His absence will result in a minor change to the Patriots’ special teams.

While Bryant may continue to be the man to return punts, it will be interesting to see who fills in for Montgomery as a kickoff returner. The obvious option is explosive rookie Marcus Jones. In college, Jones was arguably the most dangerous repatriation specialist in the nation.

It was believed that those skills were a major reason the Patriots drafted him in the third round. Unfortunately, the rookie only played four snaps in his NFL debut. Maybe he’ll get more opportunity to assert himself against the Steelers.

We’ve discussed Olszewski’s impact as a returnee, but the fourth-year player is a professional wide receiver. The Patriots are also looking for a player who can be a playmaker in this role.

In Week 1, Jakobi Meyers beat the Patriots’ wide receivers with just four receptions for 55 yards. Meyers is one of the hardest-working and most reliable receivers in the squad, but the fact that he’s still the team’s most prolific option in the passing game is worrying.

With Kendrick Bourne perhaps graduating from the coaches’ kennel in time for the Pittsburgh fight, there’s a chance New England’s passing game could have a little more punch in Week 2.