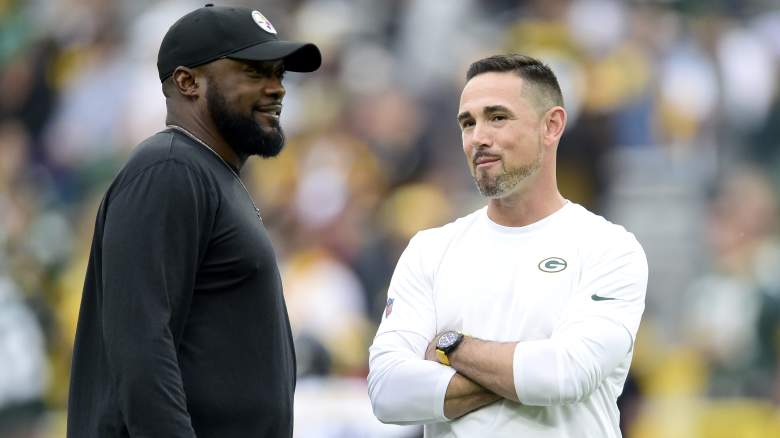 The Pittsburgh Steelers could target another veteran running back.

According to Heavy NFL insider Matt Lombardo, Dexter Williams is considered the “best” potential fit for the Steelers. Williams last played in the USFL as a member of the Philadelphia Stars. He ran for 29 yards eight times — along with four receptions for 73 yards — in the league’s championship game.

Lombardo explains why Williams could get another NFL chance with the Steelers — or any other team — before the start of the season.

“Because injuries are so common in the NFL and teams always seem to be looking to strengthen their position, it wouldn’t be surprising for Williams to secure another NFL opportunity this summer,” Lombardo said.

Williams began his career in 2019 as a sixth-round draft pick for the Green Bay Packers. The 25-year-old running back would appear in seven games over the next two seasons and carry the ball for 19 yards seven times. He was released by the Packers before the start of the 2021 season.

Before joining the Stars in the USFL, Williams spent time on the practice squad of various teams such as the New York Giants, Cleveland Browns and Miami Dolphins.

The Steelers currently have one of the weaker overall running back rosters. While they have a true workhorse in Najee Harris, the backups are very disappointing. Benny Snell Jr. is currently considered a top backup, having averaged just 2.7 yards per carry (36 carries for 98 yards) last season. Meanwhile, Anthony McFarland saw just 19 offensive snaps in two games last season.

Pittsburgh addressed its lack of running back depth by signing free agent Jeremy McNichols ahead of training camp. McNichols rushed for 360 yards with 88 carries (4.1 yards per carry) over the past two seasons with the Tennessee Titans. He also added 295 receiving yards on 40 catches during this period.

While the Steelers technically have four veteran running backs, they could easily add a fifth in Williams. Especially considering Snell and McFarland have both failed to play offensive roles over the past two seasons.

Williams had a solid career at the University of Notre Dame, rushing for 941 yards as a senior in 2018. Entering the draft, Williams actually drew comparisons to former Steelers running back Rashard Mendenhall. Mendenhall spent five seasons with the Steelers (2008-2012) and served as the team’s regular from 2009-2011.

Via Lance Zierlein of NFL.com:

“Up and coming every down running back prospect who has shown big flashes as an NFL starter in his most active season to date,” says Zierlein. “Williams runs with a good combination of feel, power and juice, which allows for a variety of methods to create yards for yourself. His rating could require additional character work and his relative lack of experience could mean slower integration into an NFL offense; However, he offers exciting benefits with the talent to become a prolific NFL starter.”

If the Steelers can match any resemblance in Williams’ production compared to Williams, Pittsburgh will take it. With the Steelers looking to reduce Harris’ workload in his sophomore season, Pittsburgh is looking for a viable supplemental back.