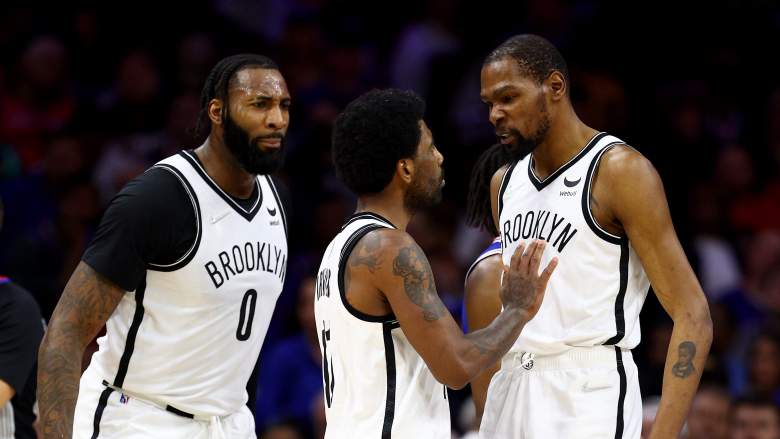 When Brooklyn Nets star Kevin Durant made his trade request to the franchise during the offseason, the front office was particularly gracious in accommodating his request and actively working to find a trade partner.

Ultimately, Durant returned to the franchise after trade negotiations never got past the preliminary stage for him. Hall of Famer and former Nets star Kevin Garnett says he doesn’t understand why Durant returned to Brooklyn, especially given all the leverage he has in the league.

“KD was not traded. Lowkey controlled his movement. Do you know why they didn’t love it? Because he got the leverage himself,” Garnett said during a recent appearance on All the Smoke.

“Do you understand what I’m saying? I heard he almost went back to the Golden State, I heard that. I heard that was a real thing. I couldn’t understand it, I’ve never seen a situation in which a guy tells the owner ab and c about it and then it doesn’t get done and the guy is [like]’Okay cool, I’ll be back’.”

While it’s easy to see why Garnett believes Durant, arguably the NBA’s top superstar, would have the kind of leverage to force a trade, most would respectfully disagree with his assessment. Durant didn’t have all the influence in this situation. He had next to none.

What the Nets expected in exchange for Durant, their franchise star, was staggering. Even if they had agreed to honor his request, what any opposing team would have given up to acquire the Nets star would have dismembered the roster. Durant’s best option was to return to Brooklyn, which he did.

Additionally, Durant signed a $198 million Monster 4-year extension with the Nets in 2021, tying him to the franchise through 2026. To put it simply, the Nets could have refused his trade request, and they had every right to do so. Not only that, but Durant, his agent, or the league couldn’t have done anything about it because he was contractually bound to the organization.

One thing that could have persuaded Durant to return to the Nets was the upcoming debut of former Defensive Player of the Year finalist Ben Simmons.

The Nets want to be title contenders this season, and if they want to achieve that goal, Simmons will play a big part in that. Nets head coach Steve Nash knows Simmons will ultimately influence this team. But as it stands now, he needs to re-acclimatize before such expectations are placed on him.

“I think for Ben, it’s not just the understanding, it’s the reps,” Nash told reporters via ESPN.

“He hasn’t played in a long time. He’s just come out of back surgery so I think there’s some periods of indecision and confidence that he needs to gain through playing. We all do. We can’t take that much time, join a new group and just figure out day 1, so he needs time.

It’s almost showtime for the Nets, with less than a week until the season opener. It will be interesting to see if they get the job done this season.