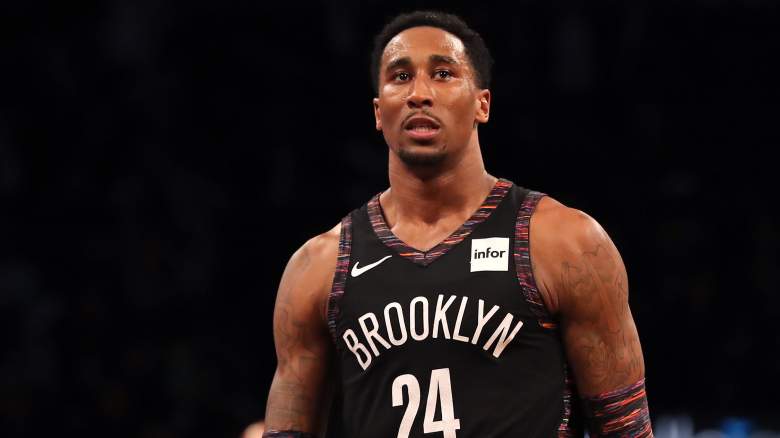 The Golden State Warriors could have a new veteran on deck if Andre Iguodala decides to ride into the sunset.

The team is still awaiting a decision from the 18-year veteran, who has previously hinted at a retirement but has yet to officially announce what he plans for next season. The Warriors are keeping a roster spot open should Iguodala decide to return, but an insider believes a former Brooklyn Nets forward could take his spot if he quits.

As reported by The Athletic’s Anthony Slater, the Warriors really appreciate Iguodala and everything he has to contribute – even if he hasn’t seen much of the pitch. Hampered by a string of injuries, Iguodala was limited to 31 regular-season games last season but was still able to mentor his younger teammates.

At Iguodala’s suggestion, breakout guard Jordan Poole focused on getting to the free-throw line more often and added another dimension to his strong offensive play, Slater wrote. Iguodala could even be tough on teammates if needed, he added.

“His value to the Golden State Warriors lies in his ability to change behavior through his personality and his words,” he wrote. “Nudge Poole to be more aggressive. Scold Jonathan Kuminga for being late for weight training and suddenly he’s early. Share offensive tendencies and defensive tricks with Andrew Wiggins and now he guards top scorers more effectively.”

While the Warriors would prefer if Iguodala decides to return, the franchise is also making preparations should he not. The team worked out a number of veteran players over the summer who would come to training camp to compete for a roster spot, and Slater wrote that former Nets forward Rondae Hollis-Jefferson could be the best fit.

“Hollis-Jefferson, a multi-position wing suits Iguodala best on the court,” he wrote.

Hollis-Jefferson had four strong seasons with the Nets early in his career, culminating in 2017 when he averaged 13.9 points, 6.8 rebounds, 2.5 assists and 1.0 steals per game.

However, his recent resume is lighter. Hollis-Jefferson has not played a full season in the NBA since 2018-19. He had brief stints with the Toronto Raptors and Minnesota Timberwolves the following season, and signed two 10-day contracts with the Portland Trail Blazers in 2021 before playing in Turkey last year.

Although Hollis-Jefferson hasn’t appeared in an NBA game in more than a year, he is considered good for the Warriors. A Western Conference executive told Heavy.com’s Sean Deveney that Hollis-Jefferson’s defensive skills could make him a good addition for Golden State.

“He can’t shoot, that’s the thing. We’re so looking for the 3 and D guy that I think we’re losing sight of the guys who can contribute without doing 3’s,” said the executive. “And Rondae does a pretty good job attacking the rim and scoring in the paint. Maybe not in the way we’re used to today, but that shouldn’t hide the fact that he’s an excellent defender, a 1-5 defender, he can defend all positions. He’s a guy you can trust defensively and that should have some value.

However, Hollis-Jefferson would have plenty of competition to create the Warriors roster. The team has drafted a number of veteran free agents including Ben McLemore, Elfrid Payton and Kenneth Faried.