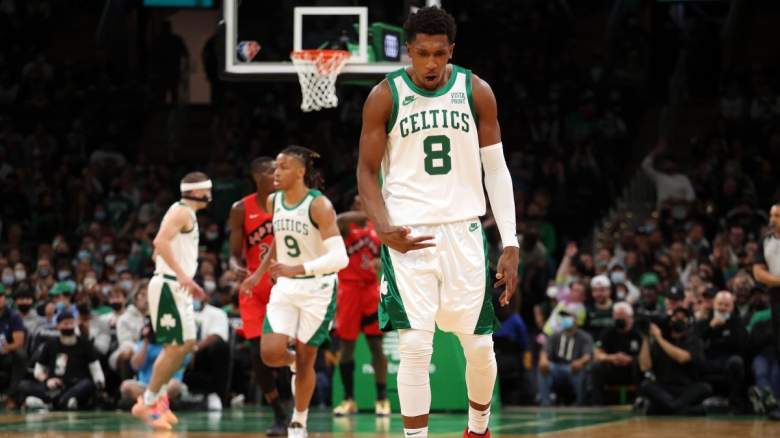 After her first NBA Finals since 2010, it’s easy to forget that Josh Richardson played for the Boston Celtics last season. The Celtics traded him along with Romeo Langford, their 2022 first-round pick, and a 2028 pick swap to the San Antonio Spurs for Derrick White at the close.

Before the trade, Richardson averaged 9.7 points, 2.8 rebounds and 1.5 assists while shooting 44.3 percent from the field and 39.7 percent from three in the 44 games he played for the Celtics.

Richardson ended the season with the Spurs making it to the play-in game but losing to the New Orleans Pelicans. After trading Dejounte Murray to the Atlanta Hawks for Danilo Gallinari – who they waived shortly thereafter – and several picks, the Spurs signaled they would start rebuilding. Though they haven’t swapped anyone since, Richardson may be next in line to find a new home.

According to SpursTalk’s LJ Ellis, Richardson is one of two Spurs most often involved in trade talks, whose asking price is quite high for him.

In the 21 games that Richardson played for the Spurs, he averaged 11.4 points, 2.9 rebounds and 2.3 assists while shooting 42.9 percent from the field and 44.4 percent from three. Ellis added that Spurs are content to keep Richardson until they are offered an acceptable package.

“While it’s definitely possible for the Spurs to trade Poeltl and/or Richardson before the start of the regular season, a team insider tells me the franchise is willing to keep both players through the trade deadline if it’s necessary to make one.” to receive an acceptable package in return.”

In Ellis’ same report, he added that the Spurs had at one point discussed a potential trade with the Los Angeles Lakers for Russell Westbrook.

“At one point, the Spurs were in talks with the Los Angeles Lakers to take over Russell Westbrook’s contract. In this scenario, San Antonio should be compensated with multiple draft picks.”

The two sides aren’t speaking, however, because the Lakers are more interested in what other teams have to offer compared to the Spurs.

“Currently, a source close to the Spurs says the two teams are no longer in active talks as the Lakers prefer offers from both the Pacers and the Jazz.”

After the deal with Donovan Mitchell was finalized, Bleacher Report’s Greg Swartz proposed a deal that would send Richardson to the Cleveland Cavaliers in exchange for Cedi Osman and Dylan Windler for a second-round pick. Swartz would go on to explain why the Cavaliers would make such a trade.

“Richardson is a strong mix of outside shooting and defense, having scored 41.5 percent of threes last season and being able to hold multiple positions with his 6’5”, 200-pound frame. The 28-year-old wing would be a good link between the stars in Cleveland’s lineup, spacing the ground but not dominating the ball.

Richardson’s three-point shooting was a great upset in the 2021-22 season. Richardson shot 41.5 percent from three during his time with the Celtics and Spurs, according to the Basketball-Reference, which was the highest he’s shot from there since his rookie season with the Miami Heat, when he was 46 .1 percent shot.