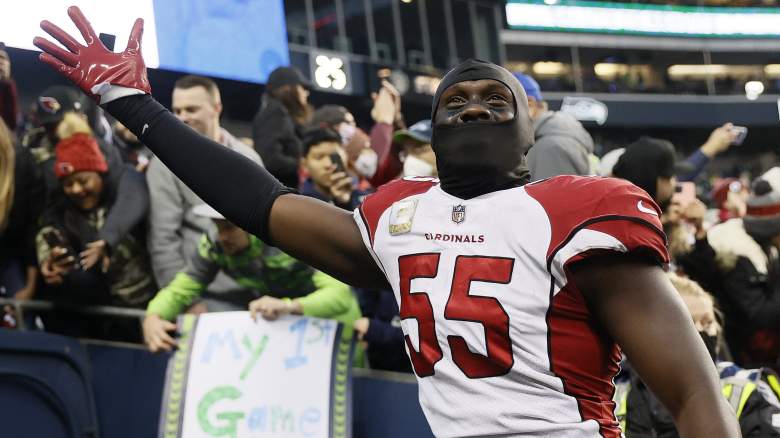 It will be unfamiliar territory when the Arizona Cardinals enter Week 1 of the 2022 season without Pro Bowl edge rusher Chandler Jones. Jones was traded to the Cardinals in 2016 and is the team’s career sack leader at 71.5.

The Las Vegas Raiders signed Jones to a three-year, $51 million deal during the offseason. Arizona meets Jones in Week 2 when the two teams meet in Las Vegas.

All-Pro outside linebackers Maxx Crosby and Jones will be a dynamic duo on the edges. But there might be room for the Raiders to add between the margins. Free-agent defenseman Ndamukong Suh was the talk of the NFL after announcing he would not be returning to the Tampa Bay Buccaneers on NFL Live on June 20.

Suh sparked some speculation when he tweeted that signing with the Raiders could be fun.

Jones responded by saying, “Stop playing with my emotions.”

Suh is a five-time Pro Bowler and has not missed a game since 2011. Although Suh is 35 years old, it’s likely that there’s still juice in the tank given he’s posted 12 sacks over the past two seasons.

He also has a Super Bowl under his belt from his time with the Bucs, who went all the way in 2020.

While on NFL Live, Suh was asked by ESPN analyst Mina Kimes about potentially joining the Raiders.

“Chandler Jones and Maxx Crosby, I exchanged messages with them the other day,” Suh ​​said of Cassie Soto of the Las Vegas Review-Journal. “It’s definitely an interesting opportunity. We’ll see where it ends. But this AFC West is very, very tough – which would be fun. If you get out of there, you’re almost destined to reach the Super Bowl.

Despite the potential fit, This is reported by CBS-NFL insider Josina Anderson that the Raiders “are not currently being pursued.”

According to USA Today’s Tyler Dragon, Suh did Interest aroused among the Vikings.

The Vikings have gone from Mike Zimmer’s 4-3 defense to new head coach Kevin O’Connell’s 3-4 base defense. Suh has been familiar with this system throughout his career and could help a defensive front with Dalvin Tomlinson and Harrison Phillips.