Ex-Broncos starter listed as a possible fit for AFC team 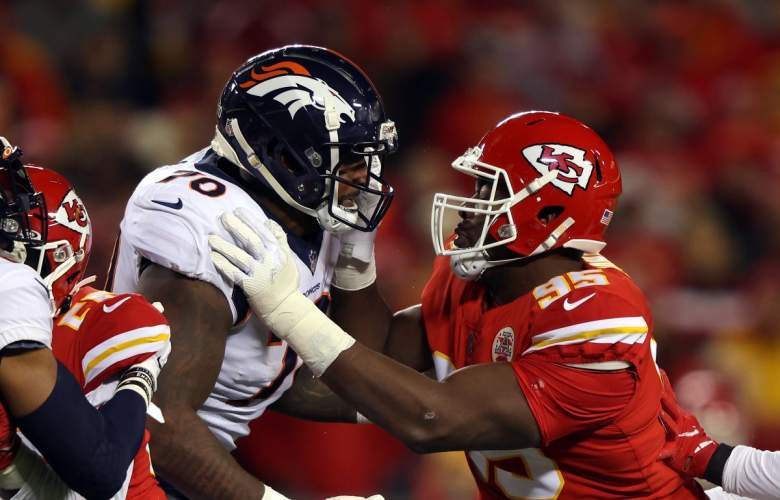 With teams needing offensive tackle help, a former Denver Bronco has been linked as a possible match for the New York Jets.

According to our good friend Matt Lombardo, despite the August signing of Duane Brown, the Jets are still actively looking for another veteran tackle.

With the Jets Brown signing a two-year, $22 million deal, Lombardo says, “Don’t expect the Jets to be in the market for the players at the top of the tackle market.”

Lombardo named former Broncos offensive tackle Bobby Massie as a name to keep an eye on.

“Massie has attracted interest from several teams, according to a league source familiar with the veteran’s situation. Massie is another lineman who is generating a lot of interest.”

Last season, Pro Football Focus gave Massie an overall grade of 70. In 796 snaps for Denver, Massie was penalized just once but gave up five sacks.

“The Jets may have to strike quickly for the 33-year-old,” says Lombardo.

Ever since Orlando Franklin was forced to switch to left guard in 2014, there’s been plenty of tackle position drama in Denver. Every year since then, the Broncos have had a right tackle carousel worse than their starting quarterback chart, which ESPN has consistently shown their broadcasts.

That offseason, Denver went out and signed tackles Billy Turner and Tom Compton to one-year contracts to try and solidify the right side of the line for quarterback Russell Wilson. The only problem, they’ve both been injured.

Calvin Anderson, third on the depth chart as a swing tackle, was supposed to be the next man in proper tackle, but instead, hours before kickoff, word broke that this was the case Broncos started Cam Fleming with the right tackle in the first week.

Anderson had taken all reps with offense on the first string in training camp and preseason, while Fleming played more with the second unit. The news came as a bit of a shock.

Turner suffered a knee injury in the offseason that he spent most of the training camp rehabilitating. Turner was a full participant in practice this week, but the Broncos will start Fleming with the right tackle for the second straight week, according to head coach Nathaniel Hackett.

It’s a little strange that Turner seems healthy and ready, but coaches don’t seem comfortable dressing him on matchdays at the moment.

Compton, on the other hand, was struggling with a back injury and started the season on the Physically Unable to Perform list. We’ll probably get an update on him after the fourth week of the season.

Right guard Quinn Meinerz was named a starter to open the season, but he sustained a hamstring injury mid-game against the Seattle Seahawks Monday night.

Meinerz was ruled out for tomorrow’s game against the Texans. According to Mike Klis of 9News in DenverMeinerz could be missing around four weeks.

Meinerz was ruled out for tomorrow’s game against the Texans. According to Mike Klis of 9News in DenverMeinerz could be missing around four weeks.