Ex-Bills WR shares love for Buffalo ahead of MNF return 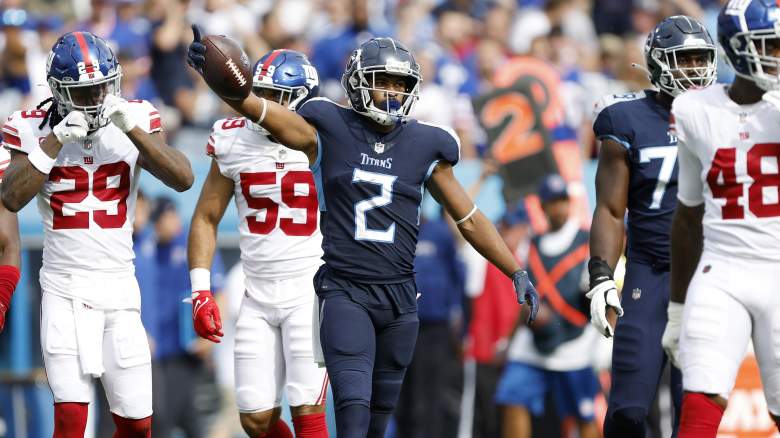 Though he’ll be on the other side on Monday, Robert Woods always had fond memories of the game with the Buffalo Bills.

Now a member of the Tennessee Titans, Woods is making his first return to Buffalo fans since his departure in 2017. Woods once came to Buffalo as a member of the Los Angeles Rams, but it was in front of an empty stadium during the fan-less 2020 season.

Ahead of Monday’s game, Woods shared his love for Bill’s fans and the city he once called home.

Woods joined the Bills in 2013 as a second-round draft pick and was one of the team’s most prolific receivers during his four-year tenure there. He had 2,451 total yards and 12 touchdowns during that period, which came right at the end of the team’s 17-year playoff drought.

Woods joined the Rams in free agency but said this week he still has a soft spot for the Bills.

“It’s always fun to go there,” Woods said via TennesseeTitans.com reporter Jim Wyatt. “This is where I started my NFL career, I had four great years there as a player and resident, and they welcomed me.”

Woods has also shared a certain love for the Bills in the past. Ahead of his 2020 visit, Woods said he’s fallen in love with Buffalo, despite the culture shock from Southern California, where he grew up and played college ball for USC.

“I’ve learned to love Buffalo,” he said on USA Today’s Bills Wire. “I’ve never really had the opportunity to really experience another city, especially a different climate like this. So going to Buffalo, being in the snow, seeing the football culture there, I loved it. Really true loyal fans, fun place to play. If you don’t wear Bills clothes around town, they give you weird looks.”

After playing a supporting role for Cooper Kupp in Los Angeles, Woods has a shot at becoming the Titans’ No. 1 this season following the departure of AJ Brown. However, he had a slight strain in the team’s Week 1 loss to the New York Giants, notching a catch for 13 yards on just two goals.

Titans quarterback Ryan Tannehill spoke to reporters this week and said Woods could play a bigger role against the Bills as the team looks for a number of different receivers to move up.

“That will change from week to week. But we have great faith in our guys and we know we’re capable of spreading the ball and finding who’s open.”

While the game is a homecoming for Woods, it’s a chance for revenge for the Bills after losing to the Titans in a 34-31 shootout last season.