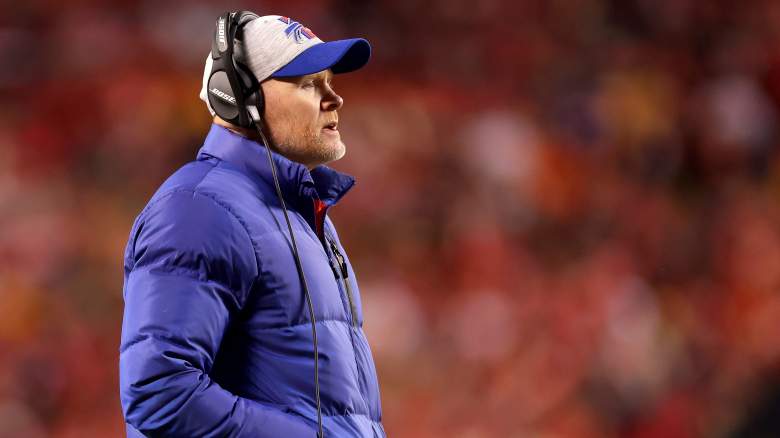 Buffalo Bills head coach Sean McDermott wasn’t keen on giving details of what happened during the team’s epic meltdown against the Kansas City Chiefs in the playoffs. His former special teams coordinator agrees.

Heath Farwell, who left the Bills after last season to become Jacksonville special teams coordinator, went back to McDermott when asked how the team fell apart in the final 13 seconds of the fourth quarter of the division round. After scoring a touchdown with 13 seconds left, the Bills deviated from other late game scenarios throughout the season and entered the end zone. Starting at their own 25-yard line, the Chiefs sped down the field in two quick plays, getting within range for the game-winning field goal and then winning the game with first possession in overtime.

Exactly what went wrong in those 13 seconds may remain a mystery.

Speaking to Buffalo News’ Mark Gaughan this week, Farwell said he was happy in his new position in Jacksonville and had no interest in litigating again what went wrong and who was responsible for the Chiefs’ loss.

McDermott had also pushed out questions about how the Bills allowed the Chiefs to pull down so quickly, though some believe he hinted that Farwell’s Special Teams Unit may have been to blame. After the season, McDermott said the collapse was due to “execution” and a communications breakdown, which some took to mean he called for a high kick that would have forced the Chiefs to come back and waste time, but that direction never got through to Bills -Kicker Tyler Bass.

When asked about it, Farwell pointed back at McDermott.

“I get that question all the time,” Farwell said with a smile when asked about the last 13 seconds in Kansas City. “To be perfectly honest, that’s in the past. I’m not worried about that. Honestly, my answer to that is that this is a question for the Buffalo Bills and Sean McDermott. It’s in the past. I don’t care to be honest.”

While Farwell didn’t seem to specifically address McDermott, he did make it clear that he’s looking forward to next season with the Jaguars and not what went wrong with the Bills.

“I’ve had fantastic players, still good friends of mine who I talk to all the time,” he said. “But down here I’m trying to build something special. That’s what I’m about. I go on. I honestly don’t think twice about it.”

When Farwell left, the Bills promoted assistant special teams coordinator Matthew Smiley to the position. While he was on the field for the meltdown against the Chiefs, Smiley adopted the same stance as Farwell to look ahead rather than behind.

A former US Air Force maintenance officer who has served on four deployments, Smiley likened the situation to a chaotic battle in which blame was difficult to pinpoint.

“We’ve always worked our way through what we call the ‘fog of war.’ It was, ‘Wait, whose fault was it? No no no. That’s not the right question,'” Smiley told the Buffalo News. “‘The right question is, what can each individual do better in their specific area?’ That’s what I’ll make sure to try to encourage, both from myself and from the guys in the room.”