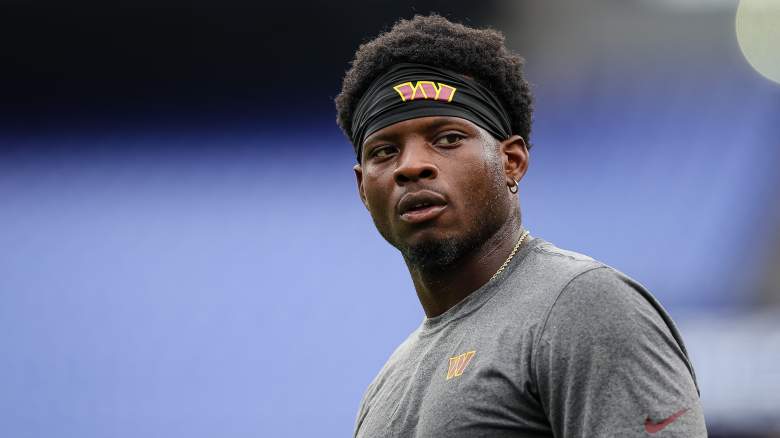 Former Alabama standout running back and current rookie for the Washington Commanders, Brian Robinson, recently suffered multiple gunshot wounds in an attempted robbery on Aug. 28. It was initially unknown how long he would be out, but it appears he is making incredible progress in his recovery.

Commanders released a statement on his recovery on Thursday. “Brian Robinson continues to make progress in his recovery from multiple gunshot wounds. He was on a stationary bike on Wednesday and doing mobility exercises on Thursday. Robinson still has a long way to go but his progress is certainly incredible.”

Even more impressive, however, is the short video posted to Twitter of Robinson doing agility ladder exercises after just 18 days of recovery.

The only visible sign that something is wrong with Robinson is his heavily wrapped right leg, but his movement doesn’t seem to be fundamentally affected.

On Sunday, August 28, Robinson was approached by two teenagers believed to be between the ages of 15 and 17. The teens brandished both guns to steal Robinson’s Dodge Challenger Hellcat. Robinson fought with the suspects and managed to wrestle one of the suspect’s guns away, but unfortunately was shot twice by the other suspect. The two suspects managed to flee the scene, leading to the District of Columbia Police Department announcing a $10,000 reward for information leading to an arrest and conviction.

Robinson was taken to a local DC hospital for treatment for his gunshot wounds. one on his leg and the other on his waist. On Monday, August 29th, less than 24 hours after the shot, Robinson posted on Instagram: “The surgery went well! Thanks for the prayers! God is great!” Later that day, Robinson was discharged from the hospital to begin his recovery. That same day, police released more details about the shooting and the alleged shooters.

As the news and details of Robinson’s shooting began to spread, reactions and support came from friends and family, as well as former and current teammates and coaches. Late in the evening of August 28, Commanders head coach Ron Rivera issued a statement regarding his Twitter account and said, “I just finished visiting Brian. He is in good spirits and wanted me to thank everyone for their kind words, prayers and support. He wants his teammates to know that he appreciates them all for reaching out and he loves them all and will soon be back doing what he does best.”

Robinson’s former Alabama coach, Nick Saban, discussed the incident in a news conference shortly after the shooting, saying he texted Robinson, sent his thoughts and prayers, and also explained Robinson’s condition, saying in part, “Even to the point where she.” think he can come back and play sometime in the season,” said Saban. “We hope so and keep our fingers crossed. We’re just glad this isn’t something critical to his future or jeopardizing his life in the short-term.”