England’s victory over Australia hides no flaws, while South Africa is looming 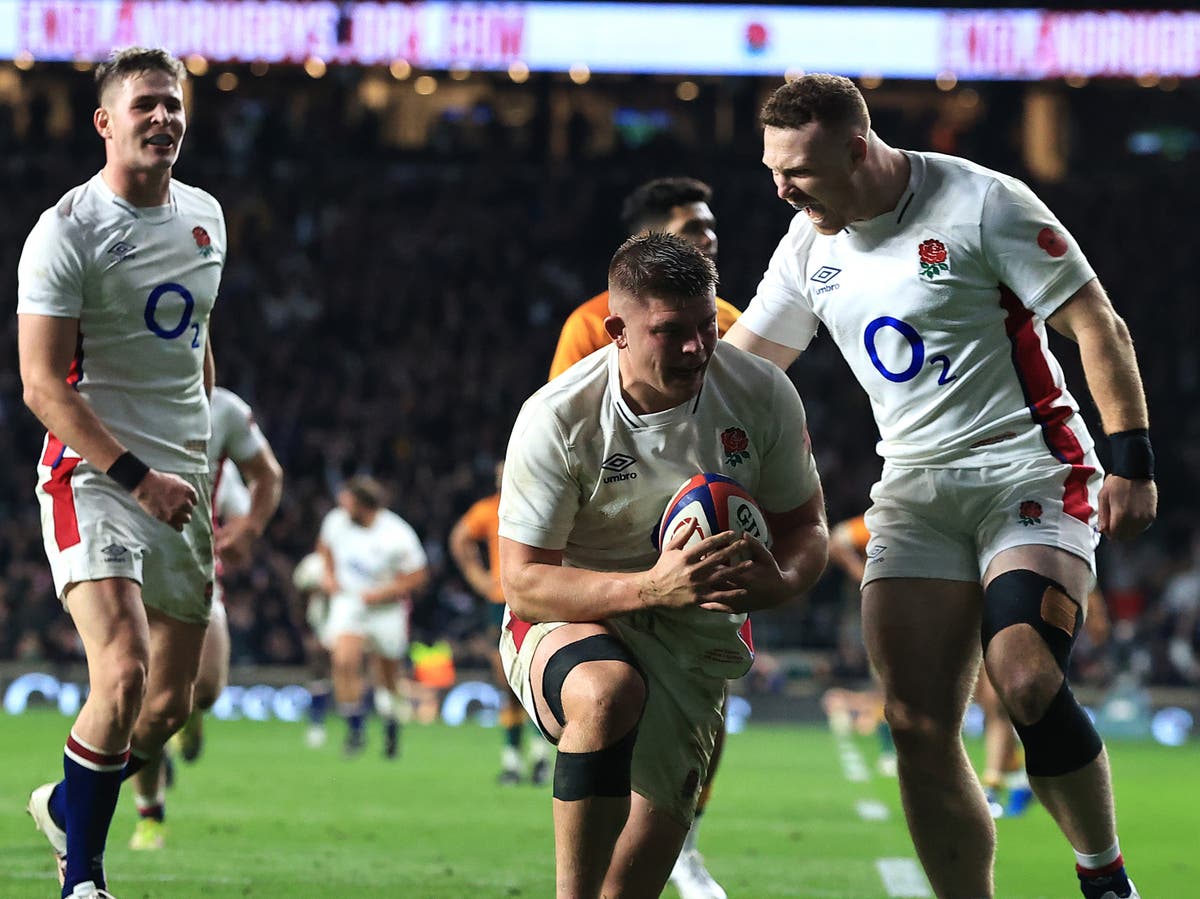 Sam Simmonds gathered, Jamie Blamire sprinted away and Twickenham could finally celebrate. Scoreboard facts will show that the win was comfortable enough for England in the end, but fans walked into the night with no particularly vivid or fond memories of a Cook Cup duel that never really got off the ground.

Blamire’s last-minute home game, which continued the Newcastle hooker’s notable streak in every England appearance so far, added a final glitz to the hosts’ win over Australia but the encounter failed to match the sparkling wonder of the spectacular light show that has prefixed it.

It was a game that existed in a state of strange boredom, interrupted and pierced by Jaco Peyper’s pipe; the wallabies always within reach, but they never really look like they’ll be able to win it. 27 penalties, including 18 against the guests, made a sloppy fight that lacked continuity the sting. Australia coach Dave Rennie lamented the indiscipline and inaccuracy of his full-time team and felt that his players never got momentum in a strange, dull encounter.

Meanwhile, Eddie Jones said, “We predicted a more free-flowing game, but it turned out to be a tough penalty game and I was glad how we fought it through. We had to fight really hard and I was very happy with the attitude of the players. “

After another interrupted week of preparation, Jones had promised that an avant-garde England backline would attack as an “ensemble,” and his crew made sweet music at times, especially at the beginning, but at other times things looked mixed up when the band swapped instruments.

Jones’ crazy midfield chemistry and England’s experiments were good for a passing game, but nothing more. After Manu Tuilagi was selected in the number 14 jersey, he showed up practically everywhere except on the right wing. Henry Slade was spotted more often in the backfield while Tuilagi wandered around. Occasionally it worked, and England was generally safe under the high ball – Tuilagi tellingly misjudged the only push that fell on him – but there were also times when England itself was unsure of who should be where.

Perhaps this is the kind of fluid, poseless future that Jones has long predicted, with the supposedly “archaic” numbers on the back of his players’ shirts taking on a purely administrative function. There were some moments of skill and invention from England, but in the red zone of opposition they lacked the clinical advantage to displace a game they had largely lost sight of.

“We are currently developing our own style of play and are developing it to the strengths of the new group of players,” said Jones, explaining the Englishmen’s offensive performance. “We currently have a new team, a developing team, and are working on how we can most effectively leverage our strengths.

“We missed small opportunities a couple of times. If we had come a little closer to the corner, we could have made a few more tries.

“We were very pleased that the players first of all accepted the way we want to play differently and secondly that our level of execution is still far from our expectations, but they are moving in the right direction.”

There were some encouraging scintillas with Farrell as first receiver and Marcus Smith pecking holes behind, most noticeable when the latter brought Freddie Steward to line with a gloriously delayed pass for the full-back’s gallop. However, given Smith’s tight-knit tricks, it was a surprise that he wasn’t involved in the line on a more regular basis. Until the England captain later hobbled over, it was hard to shake off the feeling that this was Farrell’s operation.

Most encouraging for England could have been the performance of the safe, reassuring steward. The hatter may have a head start on a collection of caps that are sure to come, that’s how easily the 20-year-old full-back got into international rugby.

Jones believes South Africa will prove to be more difficult. Jacques Nienaber’s team will challenge England’s chosen back three with their kick and chase game more consistently than Australia.

The memories of the World Cup final defeat will also remain. England was left flat on their back in Tokyo after dethroning the All Blacks the week before. Jones admitted in his book “My Life and Rugby” that it was wrong to take a George Ford and Farrell playmaker axis against the Springboks. With the English captain likely to be fit and tempted to play more direct, Jones’ midfield could be reshuffled.

“South Africa has a very clear plan based on the accuracy of their kicks and chases, the physicality of their strikers around the jerk and a very heavy scrum.

“We have to play differently to beat them because when you’re in a heavyweight competition and you’re fighting George Foreman, who can hit and hit and hit and hit; you have to do something different. We have four days to come up with something. And we will.”

Jones has a fondness for a cross-sports metaphor, but a week after meeting the Springboks for the first time since that final defeat, the Australian may have accidentally settled on a cautionary story – despite a changed approach by Joe Frazier for his second fight with the fearsome foreman, “Smokin ‘” Joe also lost the rematch.