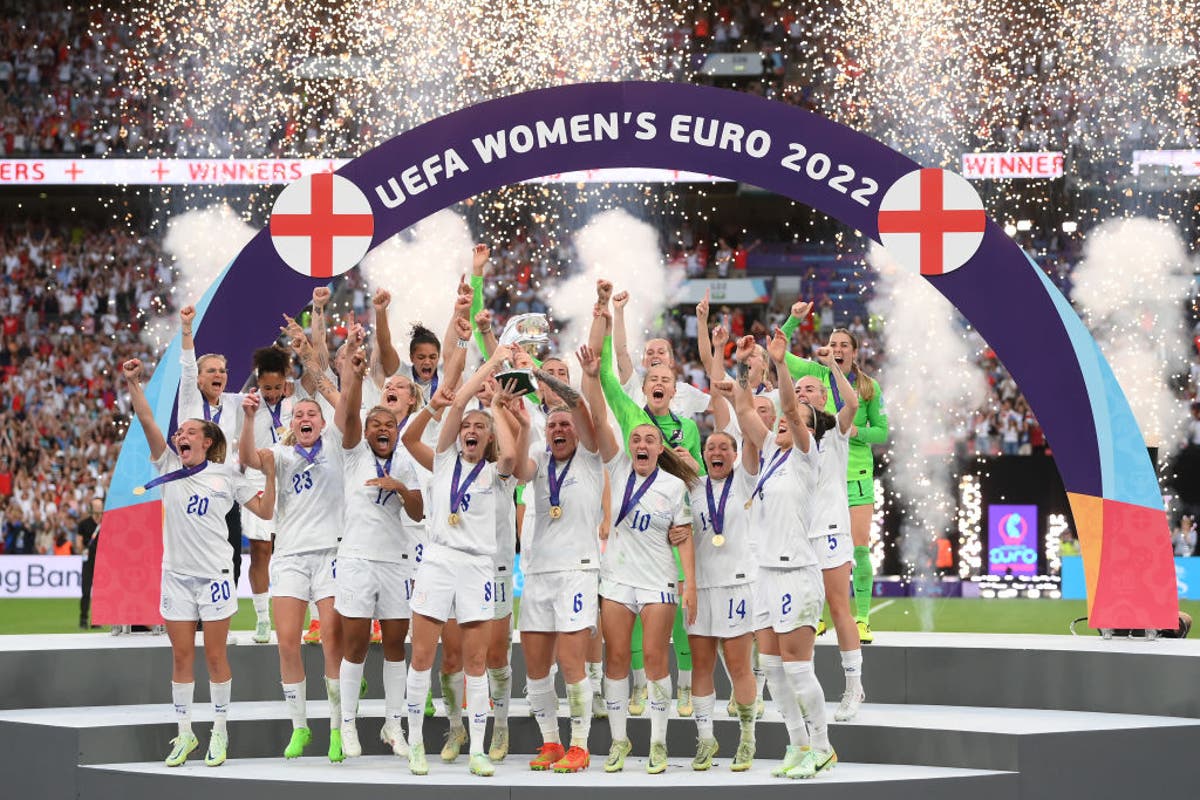 England’s triumphant Euro 2022-winning squad have called for “real change” after their historic success at Wembley, calling for more investment in women’s football in an open letter to Rishi Sunak and Liz Truss, the candidates in the Conservative leadership competition.

In a letter signed by all 23 players, captain Leah Williamson and her team asked the UK’s next Prime Minister to “make investment in girls’ football in schools a priority” after the Lionesses became the first England side in 56 years to make a major one win tournament.

Over 17 million viewers watched England’s final victory over Germany on Sunday, while the Lionesses also sold out Wembley in just over 24 hours after announcing a friendly against world champions USA in October.

But the team has called for their impact on grassroots sport to be felt, as Lionesses called for improvements in participation and for the government to ensure all girls have access to at least two hours of sport a week in schools, and offer football to all girls in the country.

The letter read: “Dear Rishi Sunak and Liz Truss. History was made on Sunday evening. The dreams of 23 women came true. England became European champions for the first time in history.

“During Euro we spoke as a team about our legacy and our aim to inspire a nation. Many will think that this has already been achieved, but we see this as just the beginning.

“We look to the future. We want to bring about real change in this country and we ask you, when you become Prime Minister on September 5th, to help us bring about that change.

“We want every young girl in the country to be able to play football at school. Currently, only 63% of girls can play soccer in physical education classes. The reality is that we inspire young girls to play soccer, only many end up going to school and not being able to play.

“It’s something we all experienced growing up. We were often stopped from playing. So we put together our own teams, traveled around the country and against all odds we just kept playing football.

“Women’s football has come a long way. But there is still a long way to go. We ask you and your government to ensure that all girls have access to at least 2 hours of sport per week. We should not only offer football to all girls, but also invest in and support female physical education teachers.

“Their role is crucial and we need to give them the resources to offer girls’ football training. They are important role models for so many young girls to thrive on.

“This is an opportunity to make a big difference. A change that will affect the lives of millions of young girls. We – the 23 members of the England Senior Women’s Euro squad – ask that you make investing in girls’ football in schools a priority so that every girl has a choice.”