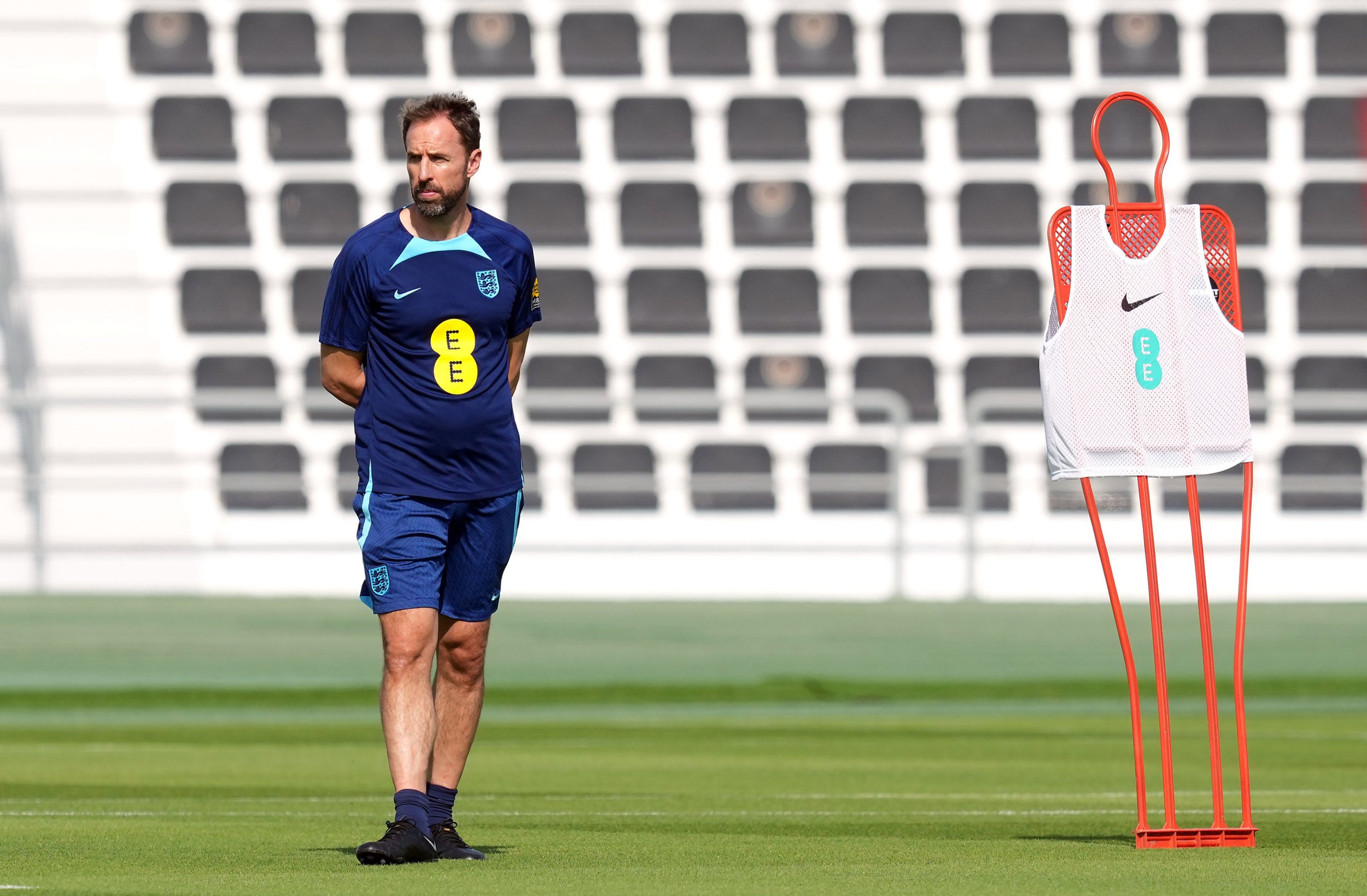 Tickets are still available for almost half of the group stage matches in Qatar, including England v Iran, Wales v USA and Wales v Iran

England face the prospect of playing their first World Cup match in a stadium with empty seats, with tickets still available for Monday’s game against Iran.

England play Iran at the Khalifa International Stadium in Doha, which seats 40,000 according to Fifa’s official guide. This makes Khalifa the smallest stadium for England’s World Cup opener since 1990, when they played Ireland at the packed Stadio Sant’Elia in Cagliari. Despite this, it seems likely that tickets will remain unsold.

It is estimated that between 3,000 and 4,000 England fans are expected to travel to Qatar during the group stage, although they are few and far between in central Doha. Several England fans, three of them in Newcastle United shirts, came to the England training base on Friday morning hoping to catch a glimpse of the players but were left disappointed.

The total number of England fans coming to the World Cup is unknown due to the country’s expat community – more than 22,000 Brits live in Qatar, with many more living in nearby Saudi Arabia, the United Arab Emirates and Oman. Those residing in Qatar can use a separate ticketing portal for foreign visitors.

But 48 hours before the opening match of the tournament between Qatar and Ecuador at the Al Bayt Stadium north of Doha, tickets for 14 of the group matches were available on the portal for non-Qatari customers. This included three home nation matches: England v Iran, Wales v USA and Wales v Iran.

Tickets are available through three methods. The first is Fifa’s official sales portal, which lists seven matches with available tickets. This includes England’s first game on Monday, for which any registered user can buy six tickets at Row S, Block 603 of the Khalifa Stadium. Seats are non-consecutive and cost 800 Qatari riyals each, or approximately £185. Other games on this platform with tickets available were Uruguay vs Korea and Japan vs Spain.

Fifa also offers a resale platform where fans with unwanted tickets can resell them at face value through an official source. Fifa Ticketing will charge a resale fee to both the original ticket buyer and the buyer of the resale ticket if the tickets are successfully sold. This is equivalent to the greater of two Qatari riyals, or five percent of the price paid by the original buyer and the resale buyer.

On this resale platform, tickets are sold quickly, so only a snapshot is possible. Understandably, the tickets listed under the category 1 price – 800 riyals – are more popular. But on Friday night it was possible to buy tickets (at least at the highest price) for 14 games on the resale platform. These included Croatia versus Canada, Switzerland versus Cameroon, and Ecuador versus Senegal.

Finally, in the Doha Exhibition and Convention Center in West Bay, amidst the skyscrapers of Doha, there is an official games ticketing centre. On Friday night, the ticket center displayed a sign advertising tickets to three games including England v Iran. Again these were priced at 800 riyals.

Ashley Brown, the Football Supporters’ Association’s head of fan engagement, told the BBC last month he was certain England fans would not be traveling in similar numbers to previous World Cups due to well-documented factors: cost, timing and concerns about the tournament as a whole.

Mr Brown says England fans are not traveling in the same numbers as previous tournaments due to the costs involved, while the timing of the World Cup – outside of the usual summer school holidays – “will affect the ability of families to attend”.

Gianni Infantino, Fifa President, announced in October that 2.9 million tickets had been sold for the tournament, which would fall slightly short of previous editions if that figure held. Four years ago, 3.03 million tickets were sold in Russia and that was less than in 2014, 2010 and 2006.