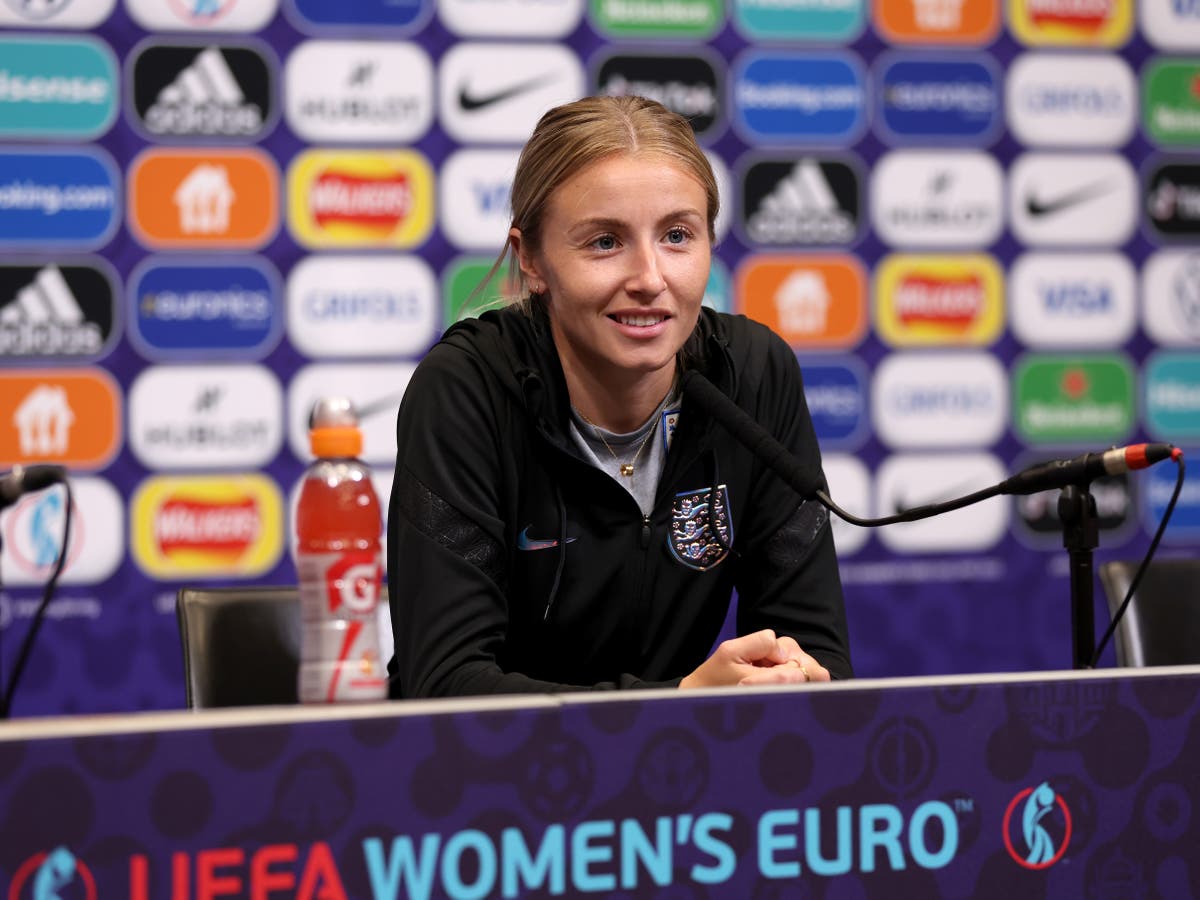 England captain Leah Williamson believes this summer’s European Women’s Championship transformed not only women’s football but society as a whole.

Williamson will lead the Lionesses in Sunday’s Euro 2022 final against Germany in hopes of becoming the first England captain to win a major international tournament since Bobby Moore.

A record crowd of 87,000 is expected at Wembley – with a further 30million watching at home – and the 25-year-old claimed that after a summer in which England has captured the imagination of their audiences, this is just the beginning of greater recognition for the sport .

“I think what we have already seen in the tournament is that it was not only a change for women’s football, but also for society in general, how we are viewed,” said the England captain.

“I think tomorrow is not the end of a journey, but the beginning of one. And I think regardless of the outcome of this game, there will be a nice moment to think about.

“Obviously my job is to go out there for 90 minutes and play and win, but I think when we look back at this tournament as a whole we really started something. Like I said, I think tomorrow is the start of that. I want it to be the beginning. I want this to be a sign of the future and not a look back at the past.”

Williamson added: “I’ve only been involved in that workplace before, football, but I think women still have a few struggles to overcome in most workplaces around the world.

“I think that for every success that we achieve, for every change in judgment or perception, or the opening of the eyes of someone who sees women as someone with the potential to be an equal to their male counterpart, I think that’s that bringing about change in society.”

Sarina Wiegman, the England manager, is expected to appoint the same starting line-up who have played all five games of the tournament so far, with a full squad to choose from for the Lionesses’ first major final in 13 years.

Wiegman believes she’s watched her players grow throughout the tournament and insisted they’ve had their fair share of testing on their way to the final, despite some tough wins.

“We had a lot of tests but I think we did pretty well,” she said. “I think the season has been pretty good for us and I think the group stage was relatively easy. We all saw that the game against Spain was very close and tight, but the game against Sweden looked a little easier, but here we are now.

“I think the team did really well, we’ve grown all season but we’ve grown even more during this tournament.”

“I think it was really quiet around the team. I think this works really well. We’ll just go back to the Lensbury [England’s training base in Teddington] where we stay and do the things we need to do to prepare for tomorrow.”