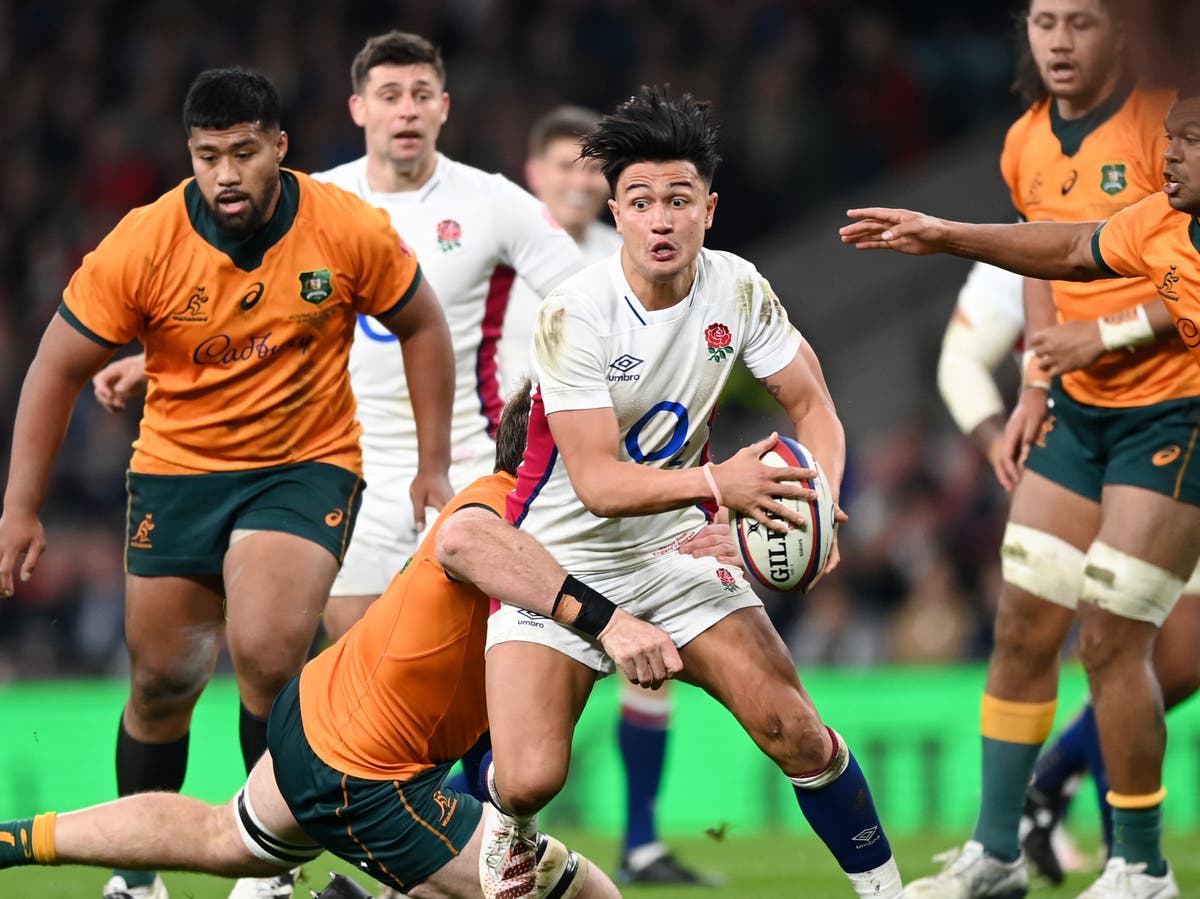 England extended their winning streak against Australia under Eddie Jones to eight games, but they had to dig deep to score a 32:15 win at Twickenham that was the first real test of the new era promised by their head coach.

Despite their possession and territory, the strong odds favorites led only 16-12 at halftime in the Autumn Nations Series clash, with Freddie Steward scoring his only attempt in a high-octane start.

At least one more touchdown should have been added against resilient opponents who were on the ropes but kept in touch through a steady stream of James O’Connor penalties.

And when the Cook Cup fight stumbled into its last quarter from Jaco Peyper after a monotonous period of indiscipline, untidy play and fussy refereeing, England’s attacking intent subsided and an arm wrestling took over.

Five penalties from Owen Farrell and one from Marcus Smith eventually brought them to a second win in the fall, with Jamie Blamire’s replay attempt distorting the bottom line, but Jones has a lot to do ahead of South Africa’s visit to Twickenham next Saturday.

For at least the first half, the experiment of bringing Smith and Farrell together on a creative axis was a success, although they alternated between the fly half and the inside center for most of the game.

Frequently Farrell appeared as first receiver, giving Smith the time and space to orchestrate the game with clever passes and misses, and the pair paired beautifully for Steward’s attempt.

It was one of the English captain’s best performances at the inside center and a return to international form after a period of no influence despite his evening being punctuated by an injury.

Jones’ team picked up where they left off against Tonga last Saturday.

Jonny Hill and Kyle Sinckler had a pony early on but they carried on and when the attack was renewed with Sam Underhill, who was carrying hard, things looked ominous for Australia.

Manu Tuilagi stormed off his wing and penetrated the heart of the visiting defense to win a penalty kicked by Farrell, but then showed his discomfort in his new position by interrupting the restart.

Australia fought effectively to fend off a second attempt when Henry threatened Slade and Jonny May and then Jamie George was sent into space by a sweet pass from Courtney Lawes.

George was stopped by a dangerous tackle from Wing Tom Wright sent to the sin box, and the Saracens whore was then denied a try when Nic White released the ball from his arms as he was about to touch down.

The second half started with O’Connor’s fifth penalty and now the home lead was only 16-15 but two large carries from Hill, including one where he was held over the line, put England in the hand.

Angus Bell was sinful after a tip tackle against Lawes, and Alex Dombrandt and Tuilagi switched in the 54th minute to great effect, only the ball was turned and Australia started a counterattack.

It was the game’s most threatening moment for the Wallabies, but it resulted in their captain Michael Hooper being replaced.

Farrell shot a penalty before limping off in obvious pain, and then Smith also landed three points to end the Australian challenge before Blamire stormed past.