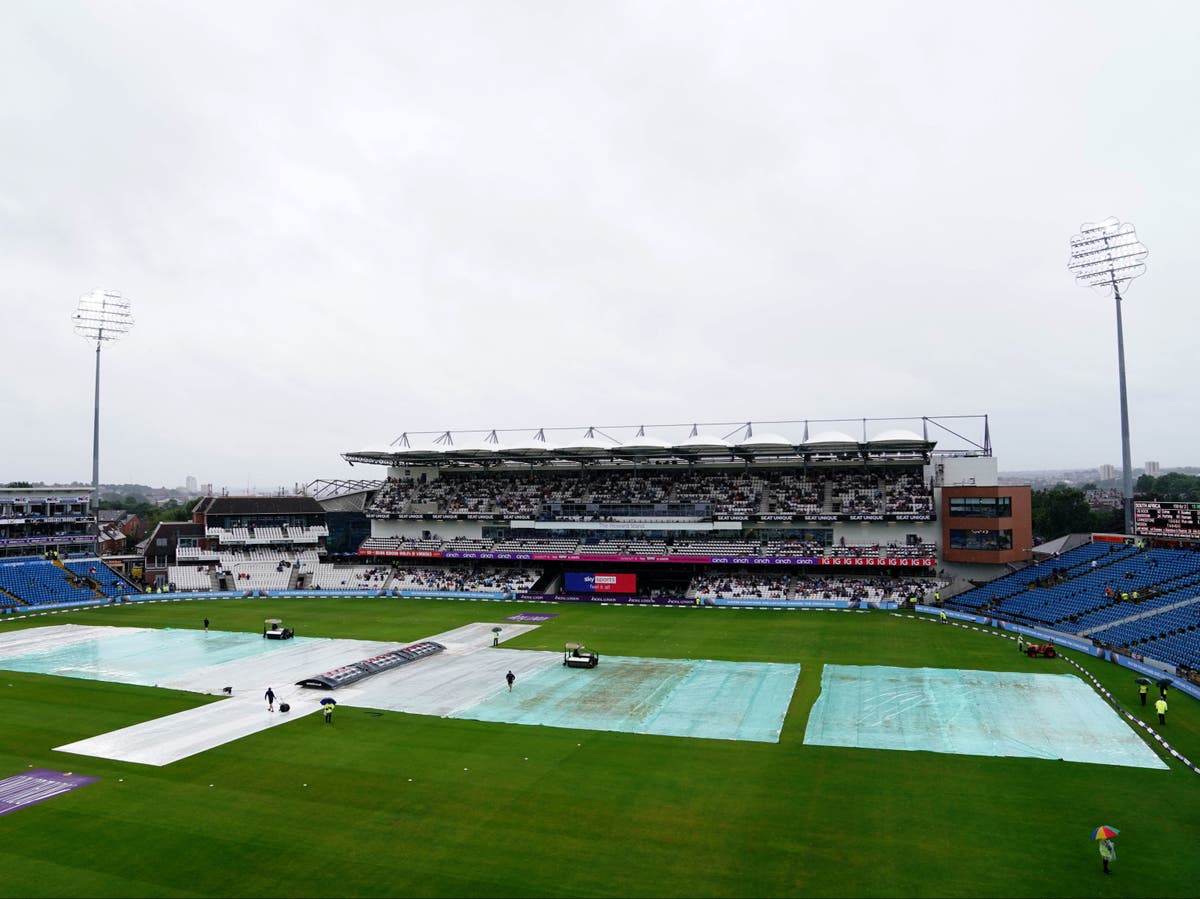 England’s hopes of a first win in the white ball series since Jos Buttler took over captaincy were dashed due to the rainy weather at Headingley.

Less than 28 overs were possible at Leeds, with a rain delay and restart, before the game was called South Africa 159 to two in the first innings, meaning the day-long international streak ended 1-1.

Quinton De Kock was denied an 18th ODI century when he hit a cleverly designed 92 from 76 to create a solid platform for the Proteas.

Buttler’s England went into the final game to avoid the prospect of a third consecutive loss in the white ball streak after losing five of their previous eight white ball games this month.

After a cautious opening with few overs from the visitors, England got their first break in the sixth over when David Willey took the wicket of Janneman Malan just as the opening pair were about to go.

Having been part of England’s prolific and match-winning left-arm attack in the previous game at Old Trafford, Willey struck again early, with Malan smacking the ball straight to Jason Roy on the edge of the ring to leave for 11.

By the end of the first 10 overs, South Africa had upped the pace after the early wicket and were up to 60 for one.

De Kock brought up his first half-century of the ODI series in the 15h over after beating Adil Rashid back-to-back fours in the spinner’s first over.

His 50 came from 39 balls, including nine fours, as South Africa continued to accelerate after losing the early wicket, having been 60 to 1 by the end of the power play but 89 to 1 in the 15th over when the South African wicketkeeper reached his milestone .

Rassie Van Der Dussen was the next – and last – wicket to fall for South Africa, just as he and De Kock had bet on 75. Van Der Dussen missed a sweep from Rashid straight to Jonny Bairstow on the deep square leg boundary after taking a measurement 26 from 38.

The first rain delay came in the 21st over, with a score of 119 for two as play was reduced to 45 overs a side and players returned to the field for just 6.5 overs before the weather intervened for the second time and that Match was called just after 4pm going on.