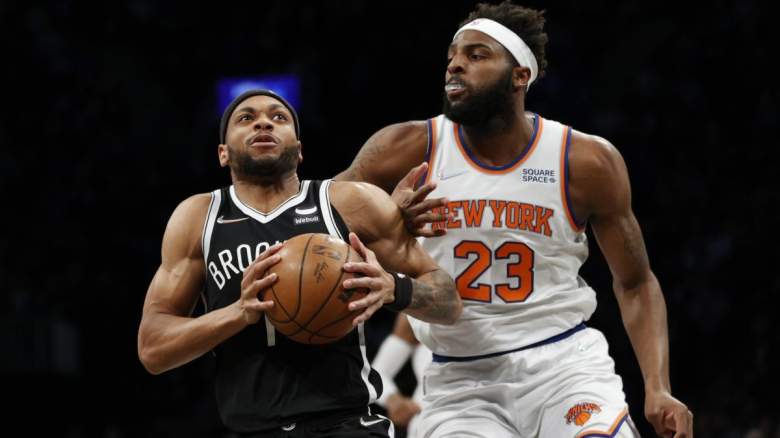 Mitchell Robinson has yet to sign an extension with the New York Knicks, making him a legitimate flying risk once free agency rolls around.

Unfortunately for the Knicks, there’s not much the front office can do if Robinson decides his future lies elsewhere. The imposing center is an unrestricted free agent, which – much to New York’s displeasure – gives him freedom of movement in the league.

While Robinson and the Knicks still have a reasonable chance of agreeing on an extension, it was recently reported that another Eastern Conference team has begun to show interest in the six-foot rim runner. According to a report by The Ringer’s Kevin O’Connor, the Chicago Bulls have become a potential target for the Florida native.

“Sources have also indicated that the Bulls are a team with an interest in Gobert (and other centers in the market, including Knicks free agent Mitchell Robinson),” O’Connor wrote in his June 6 article.

Chicago already has a senior center on its roster in Nikola Vucevic, meaning Robinson is likely to be viewed as a potential bench piece. So it remains to be seen if he would give up a starting role in New York to join the Bulls.

The market for Robinson may not be hot, but prospects are starting to circulate, if recent reports are to be believed. But acc Ian Begley of SNYthere are members of the Knicks front office who would prefer the massive center to remain in New York long-term.

“For the Knicks they can break the salary cap to bring Robinson back, the two sides have been talking about extensions throughout the season. Sometime before the trading deadline I was told that they were not close to an extension, they were quite far apart.

I think there was some frustration, I don’t know if that frustration is still there, but I know there are Knick decision makers who would like to see Robinson come back,” Begley said.

According to Marc Berman of the New York Post, the Chicago Bulls were one of several teams that showed interest in Robinson around the Feb. 10 trading deadline but were unsuccessful in their attempts to lure him away from the Knickerbockers.

“Four teams were trailing Knicks center Mitchell Robinson at Thursday’s close, including the Bulls and Pistons, according to an NBA source … The Bulls were intrigued by Robinson’s source because they were looking for another defensive center to go along with could Nikola Vucevic as they eye a long playoff push,” Berman wrote in a February article.

It appears Chicago’s interest hasn’t wavered as they likely see Robinson’s size and athleticism as a missing link in their current roster build, especially after the Bulls faded midseason, finished sixth in the Eastern Conference and lost to the Milwaukee Bucks in the first round of the playoffs.

The ball is now firmly in Robinson’s court as he can either sign a new contract with the Knicks and progress alongside the team’s young core, or cut the bait and see what the future holds in a new city with a new roster.