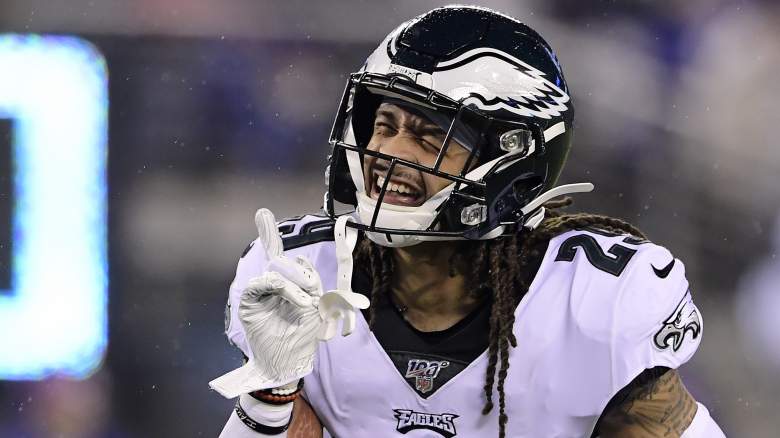 Jalen Hurts and offense seemed a bit out of sync during Day 2 of the Philadelphia Eagles camp. The best example of their dysfunction came during 11-on-11 practice when Hurts was picked off in midfield.

It wasn’t a terrible pass, just an easy submission. Credit to Avonte Maddox for leaping out of his studs to intercept a ball destined for Dallas Goedert to climactic.

“Man I know he’s only 5-9 but he jumped like he was 6-5. He came up there, it was a great play from him, kind of baited the quarterback. Goedert to reporters. “He took a few steps upstairs, I think he guessed I was going around a corner [route] and he just made a good play with the ball. I wish it was a bit higher so I could have caught it instead of him but it’s day 2 of camp. We will do it right.”

Hurts threw a few ducks that day, which were mitigated by the Maddox selection, but the young quarterback rebounded at AJ Brown with a 25-yard dart. Calm and confident. All in all, two exercises have made Hurts more comfortable in the bag and making smarter, quicker decisions.

“He made checks on Day 1 that he probably wouldn’t have made last year,” Goedert said of hurts. “He’s feeling better. I think he knows where he’s going with the ball, faster and faster, so really excited to see that. To put us in the right game.”

The defense simply came out with more energy on Friday morning. They were on a mission to outshine offense after being seen as a lackluster effort on Wednesday. The cornerbacks were very active: Darius Slay chirped; James Bradberry and Mac McCain recorded passport separations.

Safety Andre Chachere was another standout as he featured in second-team defense with Jaquiski Tartt. Anthony Harris and Marcus Epps were the starters there. Meanwhile, linebacker Davion Taylor had his hat around the ball all morning. Both Chachere and Taylor recorded interceptions on miss-throws by Gardner Minshew.

“I think the guys came out and played with a lot of energy.” Harris told reporters. “Fly around, be in the right place and just control the things that we can control and effort is one of the easiest things we think we can go out there and knock out right away. Guys who just fly to the ball. We were able to get our hands on a few broken passes and a few interceptions.”

But a good day on defense means a bad day on offense, right? Not necessarily. While Jason Kelce admitted that “it didn’t look good,” the camp is for that. Iron sharpens iron. One unit dresses up the other unit.

“It didn’t look good. I’d have to go back and take a closer look at it on tape,” Kelce said. “I think the defense feel like we probably beat them on day one. I think they came here today with a lot of energy and effort and you want to see that. They want to see people compete. You want to see the sides of the ball compete at that point in camp, that’ll make us all better.”

Football coaches from the University of Maryland were in attendance, highlighted by former Eagles wide receiver coach Gunter Brewer. He was replaced by Carson Walch after the 2018 season.

Vic Fangio was also on the field chatting to the coaching staff. The Pennsylvania native is a free-agent coach who grew up a die-hard Eagles fan. Would the franchise bring him on board as a special advisor? Maybe. He has 33 years of NFL experience, most recently as head coach of the Denver Broncos.

Eventually, Philadelphia Police Commissioner Danielle Outlaw reviewed the practice. she had them full uniform on despite the mild 81 degree temperature.