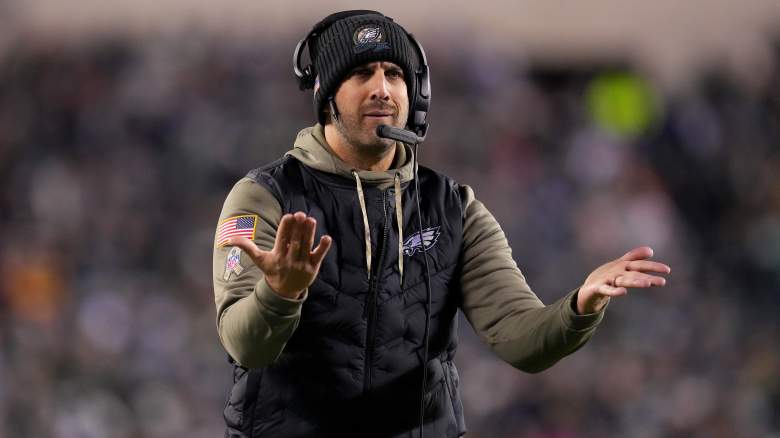 The Philadelphia Eagles are expected to sign a major contract with a star.

As pointed out by ESPN’s Bill Barnwell, Jalen Hurts is expected to sign a “big” deal this offseason. Hurts has just one year left on his rookie deal and no option for a fifth-year as a second-round draft pick. Barnwell explains why the Eagles won’t allow Hurts to walk away.

“Hurts came into the season knowing that a underperforming year may have prompted the Eagles to use some of their picks to select a new quarterback in the 2023 draft,” Barnwell said. “Well, the idea of ​​the Eagles moving away from Hurts would be absurd. With no option for a fifth-year second-round pick, Hurts will be a year away from full free agency after his season ends. He will compete alongside Joe Burrow and Justin Herbert for top-flight renewals this offseason.”

Hurts established himself as an MVP candidate in a breakthrough season. The 24-year-old quarterback led the Eagles to a No. 1 seed while going 14-1 in his starts. Philadelphia went 0-2 while Hurts was sidelined with a shoulder injury.

The former second-round draft pick threw 22 touchdowns against six interceptions while rushing for 760 yards and ranking fourth in the league among all quarterbacks. His 50.7 rushing yards per game ranked third while his 13 rushing touchdowns led the next best player with five touchdowns.

According to Pro Football Focus, Hurt’s 85.9 offensive grade ranked fourth in the league among all quarterbacks, while his rushing grade ranked sixth among players at his position.

As Spotrac noted, Hurts’ next contract is expected to gross $44.2 million annually, for a total of over $265 million over six seasons. That sort of deal would make Hurts the sixth highest-paid quarterback in the league.

As Barnwell notes, during his rookie campaign in 2020, Hurts went from being a terribly inaccurate quarterback — 52 percent completion rate — to one of the league’s more accurate passers at 66.5 percent.

“The third-year sensation made a huge leap for the second straight season, going from being one of the least accurate passers in league history as a rookie to one of the most accurate passers in 2022,” Barnwell said. “Hurts has developed into an excellent pocket passer without even considering the value he adds as a runner; The overall package was 66.4 QBR, which ranks fourth in the league.”

While the Eagles will have a slew of big free agents this offseason – including James Bradberry, Javon Hargrave and Jason Kelce – signing a contract extension with Hurts is high on the to-do list.